From a man’s perspective: Why Pakistani men murder women for saying ‘no’ 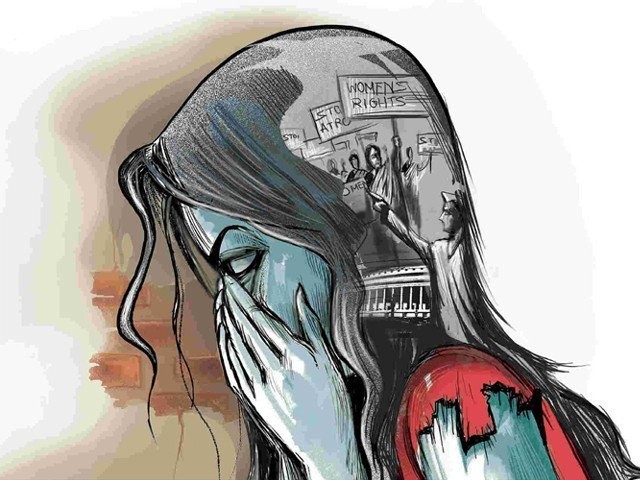 The basic problem is that men who are rejected fail to find a way to come to terms with it. PHOTO: PINTEREST

As cases keep coming to the forefront on a regular basis, the question of why Pakistani women are killed for rejecting male advances will sooner or later have to be answered. The killing of a young medical student, Asma Rani, and the stabbing of Khadija Siddiqui were still fresh on our minds, but it didn’t end there; the incidents just kept on coming.

Not too long ago, news emerged of 19-year-old Mahwish Arshad, the sole breadwinner of her family, being shot and killed for rejecting a proposal. Last year, 19-year-old Tania Khaskheli was gunned down in her own home after resisting a kidnapping bid and rejecting the marriage proposal of an influential man with links to the Pakistan Peoples Party (PPP). The year before that, Maria Sadaqat, a 19-year-old teacher, was badly tortured and then set ablaze in Murree for the crime of rejecting a proposal, and later passed away after succumbing to her injuries. These are just a few of the cases that have gained the nation’s attention. Many have taken place in this year alone.

Pakistani activists estimate that there are about a 1,000 honour killings every year.

What is it that prompts such a brutal and violent reaction, one that makes humanity shudder? There is perhaps no one answer, but restricting the debate strictly to our own society, we can assume a range of factors that lead men to carry out such ruthless and barbaric crimes.

Men in Pakistani society are possessive by nature. There is a strong desire in men to be authoritative and exert control over women, which stems from their upbringing in their homes and by society at large. They have grown up in a world which overtly favours men. As children, boys are always preferred over their sisters. Not just parents, but even grandparents are found to love male grandchildren more than female grandchildren.

Not only do boys grow up with unconditional love, they also grow up seeing how their fathers control their mothers. While they are free to roam around and come and go as they please, their sisters have to stay inside the house and never leave without explicit permission. Boys have a choice when it comes to who they want to marry, while their sisters will have their partner thrust on them by the entire family. This has become the social norm in our society, and is the reality most men and women find themselves in. Therefore, it does not come as a surprise to see men demand control over women, and react badly when it is denied, for our men are not used to being denied.

The irony remains that this practice is common in the Islamic Republic of Pakistan, while the practice of coercing women into forced marriages is in violation of not only Islamic laws but also Pakistani laws. Yet most Pakistani Muslims continue to engage in what is clearly a cultural practice deeply embedded in our society.

Any desire by women to exert their own choice over their lives – be it over their careers or their marital prospects – is viewed as a threat to the male dominance entrenched in our society, and ignites the worst form of fury, especially in the men who have been found guilty in the aforementioned cases. After all, rejecting a marriage proposal is not a crime, neither is it shameful for a man to have been rejected. Just as men have the right to ask, women have the right to deny. Then why is it that men who feel ashamed at being rejected feel no shame in committing murder and getting caught for it?

While it has become a necessity to look into the backgrounds of these perpetrators in order to understand whether a problematic childhood, substance abuse or mental illness is to blame, it is undeniable that the intention is always malicious. A rejection is viewed as an insult, which becomes a punishable offence, for which these men do not rest until they have annihilated the victim. This is certainly an evil that no number of personal problems or childhood issues can justify.

The basic problem is that men who are rejected fail to find a way to come to terms with it. Having grown up in a system that always favours them and gives them almost all rights and control over women, these men fail to navigate the dynamics of consent, of the woman’s right to say no.

When men like women, they come to believe they own them, especially abusive men who cannot imagine a world where a woman has a choice and they are not in control. You will often see a man continue courting a woman, even when the woman rejects his advances and all odds seem fuelled against him. Everything, from our culture to our media and films to our mindset, tells men to continue and never accept no for an answer. Ultimately, women are treated as commodities and not human beings with rights.

The coldblooded murder of women for such baseless reasons has become an epidemic that must be addressed urgently. After all, how many more women, how many more Khadijas and Asmas will it take to compel a change in this evil mindset?

For decades women have been victims of violence and abuse in Pakistan; from domestic abuse to honour killings to rape, there is no relief. It’s time we accept that brutality is the reality of the world we live in. Yes, we need laws to be actively enforced and stricter punishments to be meted out, but we also need to raise our boys to look at girls and women as people, as equals, rather than as commodities to exert their control over.

The mindset cannot and will not change overnight, but effective legal enforcement and more widespread condemnation is the least we can do to set a positive precedent in our society and serve as a deterrent to protect women from male violence.

The author is an aspiring journalist finally ready to face the harsh realities of life and a cruel and merciless world.