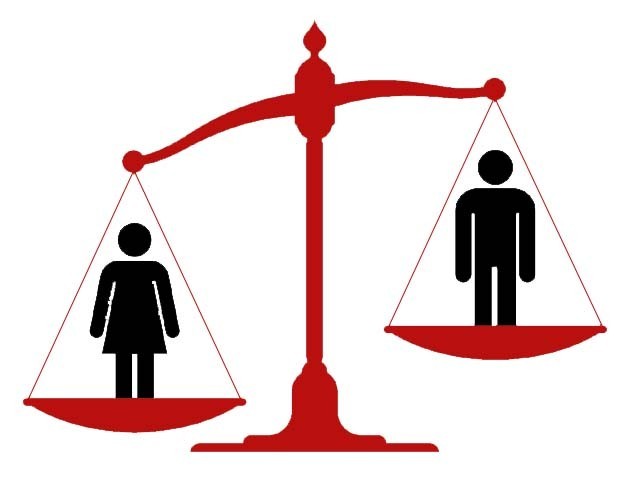 I remember when I was much younger and observing society around me, I was so glad I was a boy.

Inequality between men and women is not something exclusive to the subcontinent or the Middle East. For instance, while allowed to participate in the army, women are still not permitted to serve in frontline combat in the United Kingdom, Turkey, and Slovakia. In the United States, and other developed nations, women are consistently overlooked for promotions and paid less for doing the same work their male counterparts do.

In this part of the world, however, we make a clear distinction. Gender inequality is far from over in the developed world but at least mainstream statements that promote equality and denounce gender bias are reassuring that the philosophy of the movement is headed in the right direction. In Pakistan, however, we are doing the exact opposite.

I remember when I was much younger, I was so glad I was a boy. At family gatherings, I would wonder why the uncle’s parents always lived at home with their son but the aunty was on her own. I realised that after marriage, women would move in with their husband’s family. I was really attached to my parents and felt relieved that in the future, I wouldn’t have to move away to some girl’s house.

I grew up in a reasonably liberal household but such social constructs still managed to reach me through school teachers, religious teachers and the odd extended family member. Men were meant to go out and make money, women were meant to take care of the house; men made decisions, women made dinner.

My own mother worked, made financial decisions, paid bills and did whatever she felt like the same way my father did; so, perhaps I looked at other ideas of gender as a story or metaphor. However, strong gender roles are forced upon those less fortunate than myself. In Pakistan, people in positions of authority, who children are taught to respect, continuously highlight differences between men and women, often selling short a woman’s ambition, her individuality and her worth as a human being. And often, these authority figures are not just teachers but parents as well.

When I was in America, I met a girl from India. I remember one day she was running late to meet one of her guy friends, which eventually lead to her having a panic attack. I calmed her down and asked what the problem was. She said she was afraid of her friend’s reaction at being late. I asked how she could be so afraid of someone she called a friend. She explained she didn’t want to disappoint him or make him angry, because he would always lose his temper when she didn’t listen to him or was late.

This was clearly a toxic friendship. I eventually helped her get out of it, but she never had an answer or explanation for the way she acted. Turns out, from a very young age, her mother always told her women should be subservient to men. In her subconscious mind, men had an elevated status to the point where she was willingly acting like a slave to a boy who perhaps, by the same logic, may have felt superior as a result of his own upbringing.

This is how dangerous our South Asian culture can be when it comes to raising our children. Another friend told me that some of her Pakistani and Indian friends were depressed at how subservient they had become to their husbands or boyfriends.

Recently, Punjab Higher Education Minister Syed Raza Ali Gillani suggested that government institutions would allot five marks to hijab-wearing students in a bid to promote the practice. This reminded me of all times men felt the need to force rules and ideas upon women. I was glad to see the backlash that ended up making this such a short-lived story but it is still proof that the problem is alive and kicking.

The average girl in Pakistan is extremely oppressed. She is taught that she is a representation of honour. She is taught to be shy and quiet. Her purpose in life is to get married and run a home, and many times there’s a conversation between families as to whether she would be ‘allowed’ to work, just to check if her husband would be comfortable with it.

The point of an education is to equip an individual with a sense of independence and liberty. These are absolutely worthless if in the same premises, we teach women that they are only meant to fill certain roles. I recently heard a lecture on the number one trending YouTube channel in Pakistan, ‘Bolti Kitabain’(Talking books), that the purpose of a women’s education is to make her a good person; not so that she can work … go figure.

Of course, we can’t hide away from the fact that there is a strong religious association to this entire problem and with our culture so strongly tied to religion, which is taboo to even question, therein lies the problem.

I was always taught a verse in the Quran, ‘there is no compulsion in religion’ (Surah 2, verse 256). But this verse is falling onto deaf ears. So, let’s say we weren’t taught it. The problem is that men feel the need to control women and use religion as a proxy and women refuse to challenge it. To get out of this problem, egalitarian men, women and scholars need to stand up for oppressed women and girls.

When we have discussions about women rights, women need to be present at those panels and TV shows in the majority. We have repeatedly been brainwashed by being told that women should do a certain thing. It’s time we stand up and constantly remind society and people like Gillani that a man should not speak on behalf a woman but should empower her speak up and make decisions for herself.

It is hypocritical to be offended when France bans the veil and be proud when Pakistan enforces the hijab. Every human being deserves a choice in what to wear, what to study, when to get married, whether to get married at all and what to do with his or her life.

This oppression on women in Pakistan is justified through convenient interpretations of the Holy Scripture, but everyone seems to forget that the Holy Prophet (pbuh)’s wife Hazrat Khadijah was a successful merchant with numerous trade caravans, without the help of a man. She was a strong independent woman who approached the Holy Prophet (pbuh) for marriage and then supported him. How do we react today in Pakistan when a wife supports the husband? We can’t even picture it because the gender roles we teach don’t subscribe to such ideas.