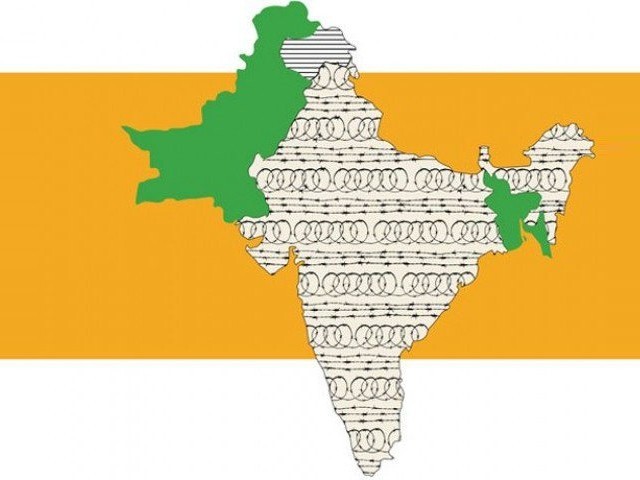 It took many years for the people of East Pakistan to decide that there was no future for them in a united Pakistan. PHOTO: EXPRESS/ IBRAHIM YAHYA

The fall of Dhaka is one of those events in our history that we’d rather forget. No one talks about it nowadays, because it was the result of our own follies. But those who are still alive will never be able to forget TV newscaster Shaista Jabeen’s tearful announcement that dreadful night in December:

“According to an agreement, Indian soldiers have now taken control of Dhaka.”

The people in what remained of Pakistan were shocked beyond belief. For days they had been told that everything was normal in the eastern wing, despite the BBC giving a contrasting picture. As always, the reaction from those who mattered was that BBC was an Indian agent, presenting a false image of the situation. No wonder violent protesters came out on the streets and burned down then president Yahya Khan’s house in Peshawar after feeling betrayed due to the surrender.

Most of the Pakistanis who were born after 1965 probably don’t know that our country had a province called East Pakistan, where the Pakistan movement started with the birth of the Muslim League in 1905. The people of that province were as good of Pakistanis as we in West Pakistan were, yet to our eternal shame, they were denied what was rightfully theirs. We made fun of them, of the way they spoke, of their language and attire. Most of the income for Pakistan was contributed from East Pakistan; however, the money was spent to develop West Pakistan. Despite all of this discrimination, we were surprisingly astounded when we found out they didn’t want to remain a part of Pakistan. To be honest, the only surprising thing in this should be that Pakistan was even able to remain united for 25 years before being dismembered.

There are many versions of why we lost East Pakistan, depending on who you ask. However, one thing is for sure: it didn’t happen overnight. It took many years for the people of East Pakistan to decide that there was no future for them in a united Pakistan.

Perhaps it all began when Muhammad Ali Jinnah, despite the hostility of the students of Dhaka University he was addressing, insisted that “Urdu and only Urdu” would be the state language of Pakistan. This was strange, since the Quaid himself could only speak broken Urdu and that too with great difficulty. I strongly suspect Jinnah wanted Urdu as the national language because he was under pressure from the feudal lords of West Pakistan to do so. The only other reason would be that he did not know that the vast majority of people in East Pakistan didn’t speak Urdu or even understood it, which seems highly unlikely.

Thus began the process of poisoning relations between the two parts of the country. The Bengali speakers launched a movement to have their language recognised as the state language along with Urdu. After many deaths, they succeeded to have their demand accepted in 1956.

But the rot had begun.

It didn’t help that the country had no constitution before 1956. By a peculiar twist of logic, despite East Pakistanis comprising the majority (56%), they were allowed to have the same number of seats in the assembly as the people of West Pakistan. The first martial law in 1958 (which was imposed by a general belonging to West Pakistan) together with the fact that East Pakistanis were not as many in number in the central government and the services increased their feeling of isolation. When it was time for Ayub Khan to resign, the Constitution required that he should hand over power to the speaker of the National Assembly (Abdul Jabbar Khan, a Bengali). However, Ayub did not do so and instead asked the then Army Chief (Yahya Khan) to take over the reins of the country. This further alienated the people of East Pakistan, adding to their bitterness of being neglected.

Pakistan could have remained united if its rulers had accepted Sheikh Mujibur Rahman as the prime minister, which was his legal right as his party had won the 1970 Elections. Despite this, Zuilfiqar Ali Bhutto, whose party had won in Punjab and Sindh, did not agree to recognise Rahman as the prime minister of the country. He also steadfastly refused to attend the National Assembly session which was to be held in Dhaka. In fact, he was so arrogant that he threatened to break the legs of his elected party members if they dared to go to Dhaka. He knew that he could never be the prime minister of a united Pakistan, so he even said,

Bhutto claimed that Rahman’s demands for maximum autonomy, called the Six Points, would weaken the country. When president Yahya called Rahman the future prime minister of the country, Bhutto was incensed. He questioned how a man who was considered to be a traitor recently was now being touted as the prime minister.

Despite his claims, there are indications that Rahman did not want the breakup the country. After his release from jail in 1969, he said,

“We are in the majority, why should we secede?”

According to Dr Moonis Ahmer, Rahman asked the military authorities twice in March 1971 to protect him from the diehard members of his party as they wanted him to declare independence.

As for the 1971 war, our brave soldiers could have defended Dhaka for more than three months, if the government had stationed more troops in that city. But the army was spread out throughout the province, and despite having enough ammunition and weapons to last them for many months, there was no option but to surrender.

Again, we lost the opportunity to save the country when Bhutto reportedly went to the United Nations but deliberately confined himself to his hotel room for two days (it is widely believed that he did this to allow the Indian army to have more time to reach the gates of Dhaka). If he had really wanted to save Pakistan, he would not have dilly-dallied, but would have accepted the Polish Resolution calling for a ceasefire (instead, he tore it up and walked away).

From the looks of it, Bhutto was mainly responsible for the great tragedy. In fact, when you think of it, all the problems we face today are a direct result of what he said and did after the 1970 Elections and after he assumed charge of the country in 1971. He said that he would build a new Pakistan from the ruins of the old one but instead caused immense damage to the country. But that is a story for another time.