The fall of Dhaka 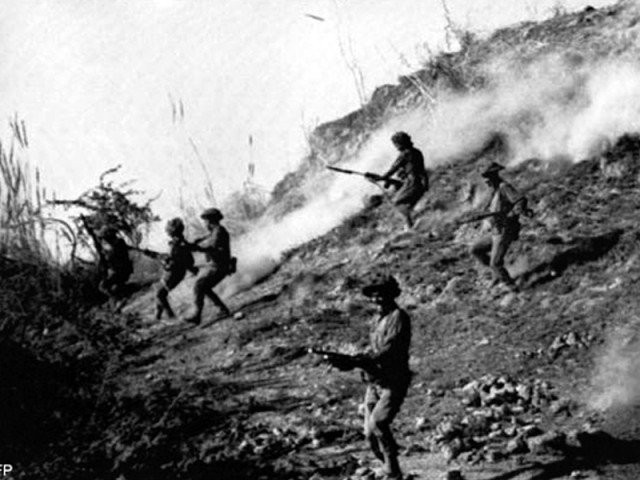 “It was doomsday. I had fought many wars; I saw the division of a subcontinent. I have seen many of my friends dying in my arms, but this day was different. It was dark, it was gloomy. It was a sad day.”

My uncle Rashid swallowed a sip of his tea. His eyes were dipped in tears of sorrow.

Rashid, who I’ve always called Major Sahab, had witnessed Pakistan’s movement as a young boy. According to him, Pakistan was his life. He was in the Pakistan Army and was posted to Dhaka in 1971. He fought as a soldier in both the 1948 and 1965 wars. Whenever I asked him about his time fighting the wars, he would always be vague in his narration. It became an impossible topic for him to address because it was enveloped in sadness and grief.

Major Sahab always gave me the courage to face any situation; to fight for what’s right and to face all kinds of challenges. Yet, whenever we spoke about Bengal, he would hide behind his tears or change the topic. This one war changed everything for him.

“It was total chaos. We were ordered to finish the rebellious movement and Mukti fighters and yet we didn’t know what to do. The most difficult thing for a solider is to fight against his own people.” he elaborated.

“But it wasn’t the same for all soldiers. There was no law, there was practically no control. Soldiers were allowed to employ every tactic to tear this freedom movement apart. Rapes, killings, torture, everything”, he closed his eyes and tears flooded his eyes.

I have spoken to him many times about this and we always ended up reaching the same conclusion – a political issue cannot be solved with force and military actions. East-Pakistan was a purely political issue and the use of force was absolutely wrong.

A couple of days ago, I received a Facebook message from an old friend of mine, Faisal, saying that his two friends and colleagues have moved to Bonn (where I live) and I should meet them. He introduced me to the couple, Shahana and Waheed, in a Facebook group message. I welcomed them both and invited them for a dinner at our only local Indian restaurant.

Waheed is from Lahore and his wife Shahana, who was born in Belgium, has a Bengali background. Shahana has visited Pakistan many times and calls Pakistan her second home.

At the dinner table, among other light topics, laughter and jokes, we were discussing the progress that Germany has made after World War II.

Nazi socialists killed millions of people due to their religious ideals and race. Germany recognised that. It created a new constitution which acknowledges these atrocities committed by the state, offered apologies to the victims and made efforts to protect minorities. Germany is a perfect example of a country that has learned a lesson from the history and is trying to move forward. Suddenly, Shahana said,

“Hey, would you like to visit us on December 16th?”

“Yes. We light candles of peace at our home to commemorate the people who died in 1971.”

1971. I felt myself metamorphose into Major Sahab. Chaos was written all over my face. It was sorrow that wetted my eyes and discomfort took over. Perhaps the invitation came too abruptly, or maybe I wasn’t ready for it. Whatever the reason was, I had lost all words. I had nothing to offer.

“Atif, I’m married to a Pakistani and I love Pakistan. But whenever I think back to that, I feel unshakeable pain. It’s a feeling that can’t really be explained.”

I could understand that. It’s something I have seen that on Major Sahab’s face one too many times.

“Shahana, as a Pakistani, I can only share my soreness and anguish. I feel sorry.” I spoke finally.

Shahana held my hand and replied,

“If you know how wrong that was, if you recognise that human lives shouldn’t have been lost, and if you’re sad about that, I’m fine. I’m happy.”

A journalist and Media researcher living in Germany. He is an author of two books of Urdu Poetry. He is currently working on his English novel. He tweets @atifthepoet (twitter.com/atifthepoet?lang=en)