Believing in one’s own propaganda: Newspapers of Dhaka and the war of 1971 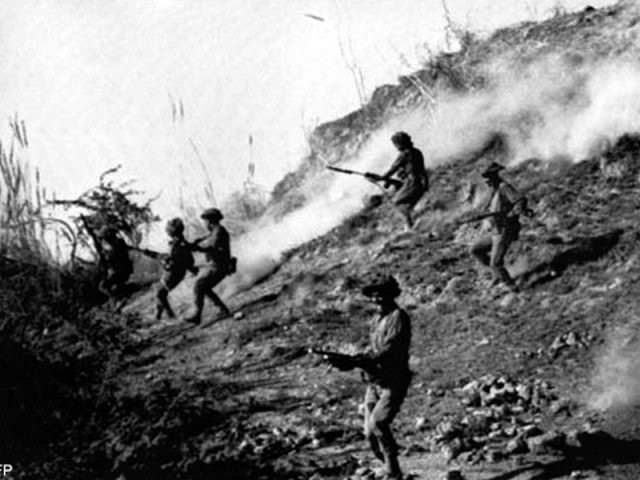 During a recent visit to Dhaka, I had the opportunity to do research in the National Archives of Bangladesh and the Library of Dhaka University. Although the creation of Bangladesh was not the focus of my research, I was anxious to learn more about the tragic events resulting in the death of countless civilians and the dismemberment of Pakistan.

For this purpose, I picked up the files of two English newspapers, Morning News and Pakistan Observer, published from Dhaka and examined their contents for the months of November and December. I looked at the headlines, feature articles and advertisements printed in these newspapers between November 23, 1971 and December 30, 1971. It was during this period that emergency was declared in Pakistan, war broke out with India and the independent State of Bangladesh came into existence.

It did not come as a surprise to me that newspapers in East Pakistan were under strict State control and used for propaganda purposes. Anyone who tried to report accurately was snubbed and declared an enemy of Pakistan. General Niazi, the commander of Pakistan’s forces in East Pakistan, described BBC as “Brahman Broadcast” and refused to take its reports seriously. He was more content with the reports appearing in Morning News and Pakistan Observer. During the period of active combat starting from late November, these newspapers projected an image of Pakistan as being in complete control of the situation. Both newspapers, till the very end of the war, kept on reporting on the advance of Pakistan’s military and the huge losses incurred by the Indian military.

The idea was to keep the people (especially of West Pakistan) in the dark about the atrocities being committed in East Pakistan and the rapid military advancements made by Indian troops to exploit Pakistan’s precarious internal situation. But it seems that it was not just the people of Pakistan, but the military command itself which started believing in this propaganda. This is why the decision to surrender came as a huge shock to many of the military men as well.

A cursory glance at these newspapers of the last few weeks of united Pakistan should serve as an eye-opener for those who believe that censoring media and suppressing voices of dissent are justified under the larger banner of serving the ‘national interests’ of Pakistan. A time comes when those trying to control the thoughts of masses through repressive means start believing in their own deceits and distortions. This happened in Pakistan during 1971 and it continues to be the case when it comes to media’s coverage of Balochistan and tribal areas. These areas are generally off-limits to independent media and one simply has to rely on information funneled through the tweets of ISPR’s spokesperson.

Just because the media is not allowed to report on the missing persons of Balochistan, large-scale displacement of population from tribal areas and collateral damage of military operation, it does not mean that there is no political turmoil or unrest in these regions. Nor does it mean that a media blackout will help to control or resolve the situation amicably. Among the most important lessons to be learnt from 1971 is the failure of such policies.

The news of the victory of Pakistani forces over India and occupation of its areas were repeated on almost daily basis till December 16.

In order to give a semblance of the situation under control while the war was ravaging major parts of East Pakistan, Morning News published a feature on the popularity of miniskirts

Headline of Morning News on December 11, 1971 when the war was at its peak on both fronts

An ad published in Morning News on December 27, 1971 in which the name Pakistan has been crossed out

The author is an Assistant Professor of History in the Department of Humanities and Social Sciences at Lahore University of Management Sciences (LUMS). He tweets as @AU_Qasmi (twitter.com/AU_Qasmi)