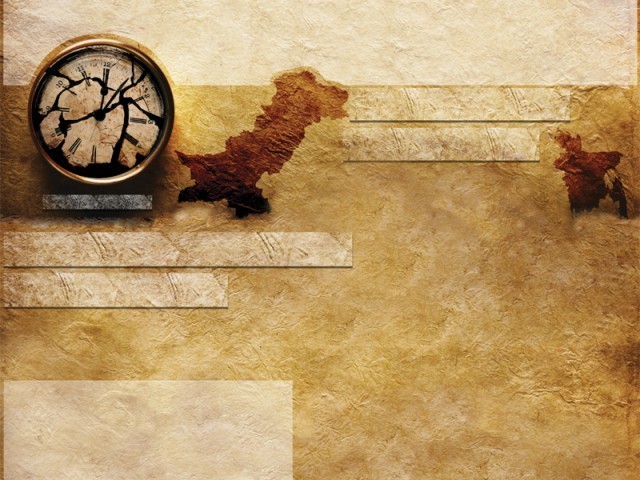 Forty years ago, Pakistan and Bangladesh became separate countries, but it seems as though no lessons have been learnt.

Forty years ago, Pakistan and Bangladesh became separate countries. They may enjoy good relations with each other today, but it seems that Pakistan has not learnt any lessons from the East Pakistan debacle.

After the separation, Zulfiqar Ali Bhutto formed the Hamoodur Rehman commission, headed by the then Chief Justice of Pakistan. It was given the mandate to investigate all circumstances and events which led to the disintegration of the eastern wing. The commission submitted its report to Bhutto in October 1974, but the report was not made public. In august 2000, parts of this report were leaked out and published in the Indian and Pakistani press.

In December 2000, however, this report was declassified and made public by Pervez Musharraf’s government. It clearly held the military elite of Yahya’s regime responsible for the separation of East Pakistan and recommended action against Yahya Khan and his deputies.Unfortunately, no action has been taken against anyone to date. This encouraged Generals like Ziaul Haq and Musharraf to carry out coups against civilian governments.

The main factors which resulted in the creation of Bangladesh were a sense of deprivation and military action in East Pakistan.

It is unfortunate that we have not learned any lessons from this, as the same can be seen in the deprivation amongst the people of Balochistan today. Not surprisingly, the excuses for the operation are starkly similar to the ones in 1971 – Indian conspiracies in these areas. People of West Pakistan were unaware of the atrocities carried out by the military in the eastern wing and the same situation exists today. Most Pakistanis are completely oblivious to the suffering of their countrymen and how they are being treated by their own forces.

It is of vital important, thus, that those in the corridors of power accept their mistakes. This is the only way to ensure that they won’t be repeated. However, if we continue in our current state of ‘eyes wide shut’, then we will fall deep down in to an endless pit from where there is no hope of return.

All I can say in conclusion is that we should hope for the best and try to play our individual parts in preventing another East Pakistan debacle from happening ever again.

An Accounting student who has a passion for reading and web designing.