Despite everything, I will still vote for PML-N 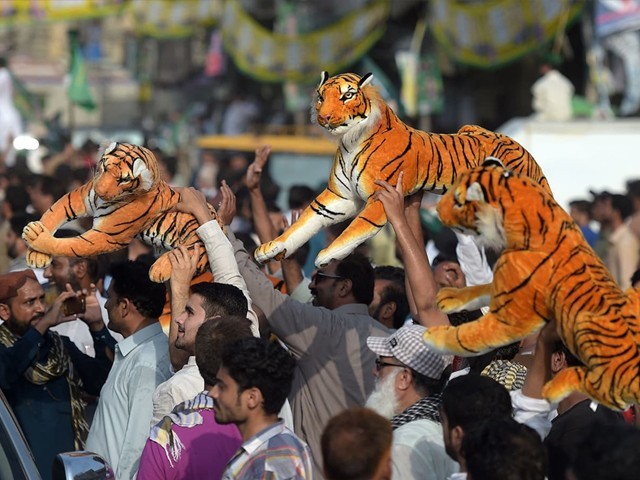 PML-N supporters take part in a march towards the airport ahead of the arrival of Nawaz Sharif in Lahore. PHOTO: AFP

When I moved back to Pakistan after completing my undergraduate studies in the US, I was not a supporter of the Pakistan Muslim League-Nawaz (PML-N). In fact, my newsfeed was flowing so much with remonstrations about the ‘Jangla Bus’ (Green Line Metro Bus) that it was hard to even contemplate that possibility.

One day, I decided to test out this infamous bus service, from Model Town to Lahore Fort, expecting to witness how utterly senseless the project truly was.

Handed a yellow plastic token, I entered through the turnstile and awaited my ride. It pulled in and the doors parted with a hiss, just as they used to in Boston, London and New York. But inside was such a massive mesh of people that I thought it would be better to take the next bus. When the next one too was bursting at the seams, I stepped in with one deep breath.

From Model Town all the way to Lahore Fort, not a single passenger got off. To the contrary, and quite miraculously, more kept piling on. It smelled of a hard day’s work inside. All the commuters had hung shoulders and tired expressions, yet seemed to enjoy the ride. Three stops down the line, they would disembark at Shahdara, just outside the city; all for Rs20.

For me, a new story was writ that day; a story missing from my Facebook newsfeed even today.

Here was a project that was the scorn of the rich – and yet it was packed. For a meagre Rs20, gardeners, plumbers, waiters, students and salesmen alike rode in an air-conditioned bus. Neither confined by their locality, nor inhibited by the expensive commute they would otherwise have to take aboard a van, followed by a rickshaw, and then possibly a tonga (light carriage), they could now seek work wherever it was available.

Those who used the service had clearly voted in its favour. For them, this was a need, not a luxury.

That was the first time I thought to myself, these guys are doing something right. All of a sudden, I started seeing it elsewhere too. I saw signs of free Wifi in public parks, markets and universities. I saw that the government took the first step in starting what can today be called an infectious start-up culture in Punjab.

I also saw the truck from the Lahore Waste Management Company that would clean the road in front of my house every day. I have seen those trucks in every corner of the city I have been to. The green jumpsuits of the staff once again remind me of workers in cities the rich frequently flock to when the sun lays its heavy weight on the plains during summer. There is dignity in their uniform; there is pride in their service, just as there is in more developed countries.

This development was there for me to see all along, but I only noticed it after that bus ride. I was, however, still unsure whether PML-N’s vision for Pakistan matched mine. It was only when Nawaz Sharif celebrated Diwali – the first Pakistani premier to dare to do so – that I found my vision was not too dissimilar from his. This was followed up by a ‘Christmas Train’ from Peshawar to Karachi, taking the nativity scene through small towns and villages in a resounding celebration of diversity.

A vote can be cast for many reasons or none at all. It is an expression of choice after all. So in this upcoming election, I choose to vote for PML-N. Their performance and intentions over the past five years have me convinced. But starting July 26, they – or whoever comes to power – will have to start convincing me and everyone else all over again.

The author studied political theory at Harvard College and is a film-maker, who's first feature-film will be out in cinemas in 2019.