Is PML-N the most liberal regime Pakistan has seen in recent times? 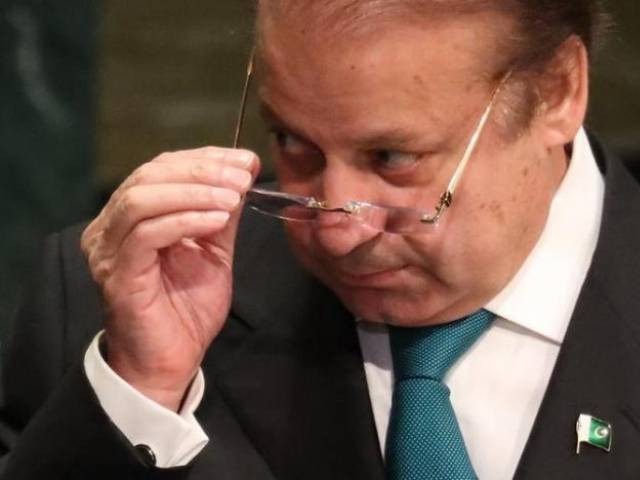 Nawaz Sharif and PML-N have taken certain initiatives of a very sensitive nature that must be lauded. PHOTO: REUTERS.

A single click on Google reveals liberal to mean someone who is willing to respect or accept the behaviour and opinions of others that might be different from one’s own. It might come as a shock to many if one was to claim that the regime of Nawaz Sharif might be the most liberal Pakistani regime in contemporary times, and perhaps second only to the great Quaid himself. I don’t claim this because I support Nawaz Sharif or Pakistan Muslim League-Nawaz (PML-N); on the contrary I spent Election Day sleeping, because I had no hopes from any political party to deliver any true change. I still believe that true change is still a long shot away, but I think credit should be given where it’s due.

Starting with the recent appointment of an army chief, who was allegedly labelled an Ahmadi, to changing the name of the National Centre of Physics at Quaid-e-Azam University to Abdus Salam Centre of Physics, Nawaz Sharif has shown that he is not easily influenced by vile propaganda. Why else would someone risk irking Pakistan’s notorious mullahs, especially at a time when one is already engulfed in issues like the Panama gate scandal? However, Nawaz Sharif’s stance has shown that he might not be as afraid as other political leaders to take on the conservative factors in the country, if the need arises.

Take for example the case of Imran Khan, who had to backtrack from his claim of making Atif Mian his Finance Minister just because of his faith, and his pre-election spree against the Ahmadis just to prove that he was not working on their agenda. Bhutto too is sometimes celebrated as a leader who held to liberal values, but his actions, such as the passing of the second amendment, prohibition of liquor, making Friday a public holiday and appointing Ziaul Haq prove otherwise.

The fact that the hanging of Mumtaz Qadri could not be carried out during the tenure of Pakistan People’s Party (PPP), despite the fact that the slain governor was from the ruling party shows how big a step it was for the PML-N. The situation in the aftermath of the hanging was predicted to create a huge law and order situation as already warned by the supporters of Mumtaz Qadri, yet the ruling political party stuck to their guns, and went on with taking the risk despite being fully aware about the stakes involved. This deserves a lot of appreciation given the sensitivity of the topic, and the emotions it still tends to generate.

Nawaz Sharif is also often found being part of Diwali and Christmas celebrations, and his speeches at such occasions emphasise a lot on interfaith harmony. Only a few months back, a resolution was passed in the national assembly which proposed public holidays on Diwali, Easter, and Holi which, in my opinion, is also a step in the right direction.

Former Information Minister Pervaiz Rasheed found himself amidst a heated controversy when he blamed madrassas for promoting ignorance and imparting its students with “Murda Fikr” (dead knowledge). The speech set off a firestorm amongst the religious hardliners, and posters were put up in the capital city, Islamabad which called for him to be publicly hanged. Furthermore, Mufti Naeem from Jamia Binoria issued a fatwa of apostasy against him. However, PML-N was able to cool down the controversy without having to take any action against the then information minister.

All this does not necessarily translate into a rosy picture for the land of the pure; there are still certain issues that need immediate attention. These include the recent election of an individual from a banned organisation into the Punjab assembly, and the perception that PML-N allied itself with the terrorist organisation, Ahlu Sunnat Wal Jamaat (ASWJ), in many constituencies in Punjab. However, Nawaz Sharif and PML-N have taken certain initiatives of a very sensitive nature that must be lauded, and which might not have been taken by the leadership of another political party had it been in power.

The writer is a LUMS graduate currently working in the marketing team of Sapphire. He tweets @MAliIlahi (twitter.com/MAliIlahi)

Can someone in Pakistan please address the ever-growing elephant in the room?