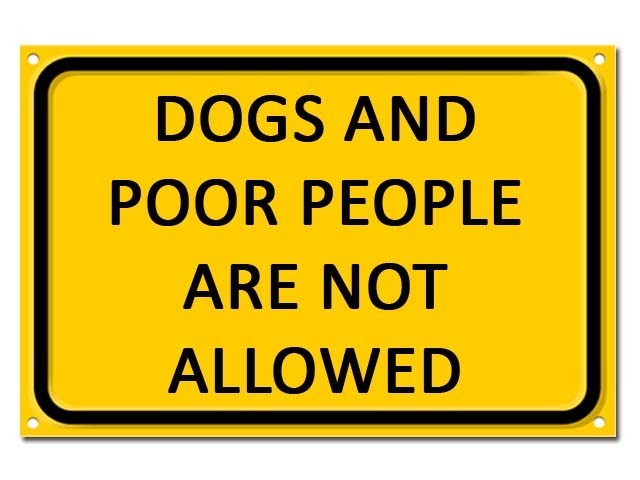 The elite mindset will always want the upper hand and the underprivileged will always remain grovelling in their shadows.

It has been 65 years since Pakistan’s independence. During this period, Pakistan has seen a lot of transition. From Ayub Khan’s industrialisation to Zulfiqar Ali Bhutto’s socialisation, to Ziaul Haq’s Islamisation to Musharraf’s enlightened moderation and war on terror, we have had our fair share of ideologies and doctrines.

Being a 22-year-old, average Pakistani guy who hasn’t seen most of these periodic transitions, I can naively (and safely) assume one similarity between all of them – the class divide in our society has remained unchanged throughout these six and a half decades.

Every now and then I come across drawing room discussions where people, in their own interpretation of patriotism, talk about how countries like India still have caste systems which are driving their lower income groups into the ground.

To be honest, the class system that thrives in our own country is far worse because unfortunately, we do not even acknowledge that it exists. It is a silent hollow gap in society that persists without anyone noticing, or paying attention.

Where can this class divide be seen you ask?

The NADRA office in Defence, Karachi — an upscale neighbourhood — is a good example. It is an executive branch boasting air conditioning and vastly better and faster services than those of their counterparts.

So you want your passport renewed in time? Just fork out money and the date of renewal is guaranteed.

The passport office gives a clear cut message — if you have the money, you will have your issue resolved in no time. If you don’t, well then, tough luck – wait in line and pray. People who are privileged get a better system.

The difference of quality between private and public education is another, astounding discrepancy. It is common knowledge that teachers in public schools are paid next to nothing, are ill-trained and have no interest in their work. Due to this attitude, the quality of learning suffers, and this is just one of many issues plaguing public schools.

Most of my family members live abroad and send Zakat frequently for the purpose of educating children, but the money always comes with a disclaimer: please spend the money on private education for underprivileged children. You can clearly see the irony here. There is no faith in public education, yet that is the only affordable option available for the vast majority of Pakistanis.

The most mind boggling instance of  the class divide that I have encountered is in luxurious clubs, such as those in DHA, one of which has a sign that states: ‘servants not allowed’. Such a sign is such a straightforward example of the class divide that I actually appreciated their (ugly) honesty.  It did however remind me of what I see in pre-partition movies about British clubs in the subcontinent, putting up signs like:

‘Dogs and Indians not allowed’

The vocabulary may have changed but the message is still the same today.

What we privileged elite forget is, if we didn’t like it then, why do we think anyone would like it now?

In another drawing room discussion, I was having a casual conversation with a politician from an influential party. He told me some things that my mind had a hard time comprehending, but nonetheless it wasn’t far from the truth.

In his own narration of how the class divide is perpetuated, he explained that it is not a coincidence that only one percent of the population form the elite, 14 percent form the middle-income group and the rest are those who sustain this 15 percent. He claimed the elite do not let schools function and there are still many ghost and non-functional schools in Pakistan.

It is a hierarchy, according to him, and it is purposely built this way. He concluded the argument by stating,

“There should be four children born in slums to maintain the standard of one child born in your house.”

During the past decade I thought that these hollow gaps here and there are the trickle-down effect of the mindset that the British left us with before shipping off, but now I believe that it’s not the mindset, it’s just the double standards we have inherited from them.

Its human nature. You love it when you think you have power and edge over another being. The rich can get away with anything: from bribing the police to carrying out illegal activities openly, just because they have ‘contacts’ with those in power.

It might take Pakistan a long time to become the country that we all want it to be, but for that we have to recognise the terrible class divide that thrives in our system. If we decide to move about this country in our own little bubbles, ignoring the fact that we have become a society defined by class differences, then the dream of living in a free nation would need another 65 years to become a reality.