Remembering Habib Jalib: the torch-bearer of resistance through poetry 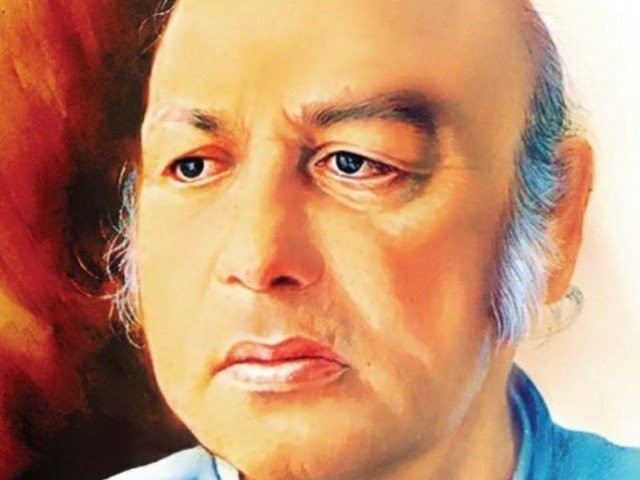 Jalib’s legacy will continue alongside Pakistan, and he will always be remembered as the torch-bearer of resistance through poetry. PHOTO: FILE

There is no doubt the languages of Pakistan are rich when it comes to resistance poetry. One need not look far; in Urdu alone, names such as Faiz Ahmad Faiz, Ahmad Faraz, Josh Malihabadi, Kishwar Naheed, Fahmida Riaz and Zehra Nigah come right up.

However, today marks the 90th birthday of the great Pakistani revolutionary and resistance poet, Habib Jalib.

Jalib is unique in this pantheon, not only as a people’s poet, but also as a people’s historian. This is by virtue of the fact that his revolutionary resistance poetry covers the entire postcolonial epoch in Pakistan, from the 50s, right until the restoration of democracy in the country in the 90s, in the post Ziaul Haq era.

One can go over the entire history of Pakistan, merely by reading Jalib’s poems in a sequence, and understanding not only the context in which they were written, but also the struggles they represented. For instance, in the early 50s, he wrote about the meaning of the struggle for Pakistan, and the debate over the character of the new state, and whether it should be religious or secular.

As Pakistan’s struggles grew in the 60s, so did Jalib’s work. Under the military dictatorship of Ayub Khan, he wrote about the rights of the Baloch and the struggles of democracy, and added to it by focusing on the struggle of the East Pakistanis, which would later culminate in the independence of Bangladesh. His work was his resistance, and it became the reason Zulfiqar Ali Bhutto imprisoned him in Hyderabad jail.

Of course, the years spent under the repressive regime led by Zia only fuelled Jalib’s passion, and his fight for democracy and women’s movements against the regime never diminished. Even the return of democracy under Benazir Bhutto’s first government, and then subsequently her successor, Nawaz Sharif, did not bring an end to Jalib’s work or his legacy. His poetry is thus the poetic history of Pakistan.

Jalib’s poetry also captures some significant moments in world history, especially the genesis and struggle of resistance movements in settings as diverse as Egypt, Iran, Palestine, Lebanon and Vietnam, ranging from the 50s to the 70s. Interestingly, Jalib’s poetry is unique in this respect. His poetry, just like him, was and continues to be denounced, dismissed and ignored as ‘agitational poetry’ or a ‘poetry of moments’, and is thus not considered worthy of poetic merit by critics and elite poets from both the left and the right.

I first encountered Jalib’s poetry during my four-year stay in Karachi, when I began attending commemorations of Jalib’s birth and death anniversaries. The recordings of his poetry, in his mesmeric yet folksy voice, captivated me.

Ironically, this period also coincided with the rise of the lawyers’ movement for the restoration of the deposed Chief Justice Iftikhar Chaudhary, when Jalib’s famous poem Dastoor (Constitution) became like an anthem for the movement. It appeared as if the departed poet himself had descended from the heavens to take charge of the resistance movement against another dictator!

However, I didn’t really begin to understand or personalise Jalib until many years later, in 2015, when I visited Jalib’s family in Lahore, and had the privilege of meeting and interviewing his son and daughter regarding his life and his struggle.

Today, as a birthday tribute to Jalib, I have chosen to translate a very short poem he wrote on his own birthday, which forms part of his 1975 collection Ehd-e-Saza (The Age of Punishment). Jalib’s legacy will continue alongside Pakistan, and he will always be remembered as the torch-bearer of resistance through poetry.

Had I passed away last year,

These sorrows too would have ended last year,

The hands raised in enquiry are now paralysed with fear,