Remembering Ahmad Faraz: Do not murder the voices 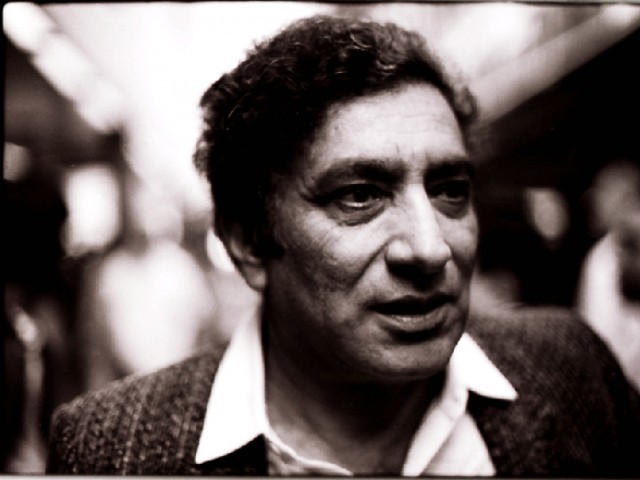 I was lucky to hear him recite his famous poem 'Muhaasra' (siege) in one of his last public appearances in Karachi back in 2008. PHOTO: FILE

The 87th birthday of one of Pakistan’s most beloved poet – who was also a resistance poet par excellence – the legendary Ahmad Faraz, was celebrated on January 12th. The honour of both the Pakhtuns and Urdu-speaking community, I was lucky to hear him recite his famous poem ‘Muhaasra’ (siege) in one of his last public appearances in Karachi back in 2008. He joined the immortals soon afterwards on August 25, 2008.

To pay tribute to his memory, here I am sharing my translation of one of my favourite Faraz poems, “Mat Qatl Karo Aavaazon Ko” (do not murder the voices), which it seems was written for our own violent and intolerant times, especially in Pakistan and India. I first translated and shared it by way of an angry response to the brutal murder of the famous qawwal, Amjad Sabri on June 22, 2016, but feel that it is relevant in today’s times too.

You keep sinking the spears of your faiths

We are people of love

Why do you wave your daggers?

Let the songs flow in this city

Let us too remain in this settlement

We are the protectors of flowers

We are the keepers of (their) fragrance

Whose blood have you come to drink?

We are the teachers of love

What will you ever see again in this city

When the word will die here

When the melody will be severed upon the sword

When the verse will migrate

When the tune and the instruments will be murdered

When there will be a famine of voices

When the cities will become ruins

Upon whom will you cast the stone?

When you will see your face in the mirror

You will be afraid.