An open letter to Benazir Bhutto 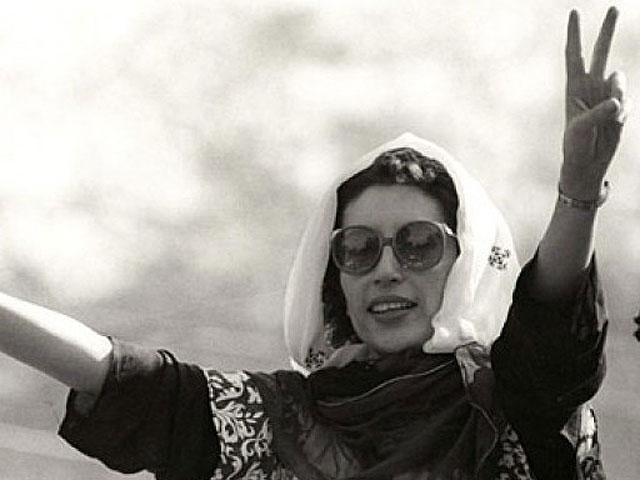 It is everyone’s responsibility, not just the PPP’s, to make sure that we do justice to your legacy and mission. PHOTO: REUTERS

It has been almost a decade since you met your untimely demise on December 27, 2007. It has been almost a decade since the day the country lost one of its greatest leaders. The state that Pakistan finds itself in today may not surprise you. Unlike the others, you had the foresight to see the storm we were heading towards when you spoke of secular values.

The state your party finds itself in today, however, will crush you.

Your party has always represented the best of Pakistan. From your iconic father, to people of unparalleled substance, brilliance and integrity like Meraj Muhammad Khan, Aitzaz Ahsan, Raza Rabbani, Sherry Rehman and Malik Meraj Khalid among others. Despite these brilliant minds, despite your talented son at the helm of affairs, the party is a shadow of its former self, reduced to a mere regional player in Sindh.

Back in 1986, Lahore had welcomed you with one of the largest gatherings seen in Pakistan’s political history. Now, the Pakistan Peoples Party (PPP) has been virtually wiped out from Punjab.

With the monster of religious extremism still biting away, with the poison of sectarianism still dividing us, your presence has never been missed more. You gave a whole nation hope. You inspired millions of girls into believing that one day they would stand up to this patriarchal society and celebrate their independence. You exhibited Pakistan’s best face to the global community. You were a publicist, administrator and leader, all rolled into one.

Of course you were not perfect. You had your flaws, like everyone else; the allegations of corruption and high-handedness, to name a few. But none of them were ever proven in the court of law. But you held the moral high ground in-spite of everything tossed your way. You even reached out to your old foe Nawaz Sharif to mend fences and put on a united front against Pervez Musharraf. But you never lived to see the end of Musharraf.

How you would have fixed this mess had you still been alive is something we may never know the answer to. What we do know, however, is that the idea of freedom and liberation you represented would have been worlds apart from the state Pakistan is in today. The country finds itself in an ideological fix, more than anything else. You would have offered an alternative to the left of Pakistan Muslim League-Nawaz (PML-N) and Pakistan Tehreek-e-Insaf (PTI), the two other mainstream political entities in Pakistan – an alternative that the country severely lacks.

But did your death represent the end of all that was good for PPP and Pakistan?

No it did not.

There are moments of brilliance exhibited by your son. As PML-N and PTI squabble like children, the only maturity seems to come from the PPP which has maintained a dignified distance from all the shenanigans despite being weak electorally. But it will take more than this. It will take resolve, commitment and hard work for Pakistan’s most progressive political party to become a force to be reckoned with again.

In your son, the party finds itself in talented, yet inexperienced hands. However, age is only a number, and you showed that when you took charge of the party at the age of 29 (1982), and then entered the prime minister’s office on a wave of euphoria when you were 35 (1988).

You, more than ever, would have wanted to be alive when your son achieves what his mother and grandfather achieved before him. You may not be present physically, but your spirit remains. The courage that locked horns with Ziaul Haq, the charisma that portrayed Pakistan in a positive light world over, and the resolve that made you return to your motherland despite the public threats to your life. It all remains, and it is everyone’s responsibility, not just the PPP’s, to make sure that we do justice to your legacy and mission.

We will not let you down.