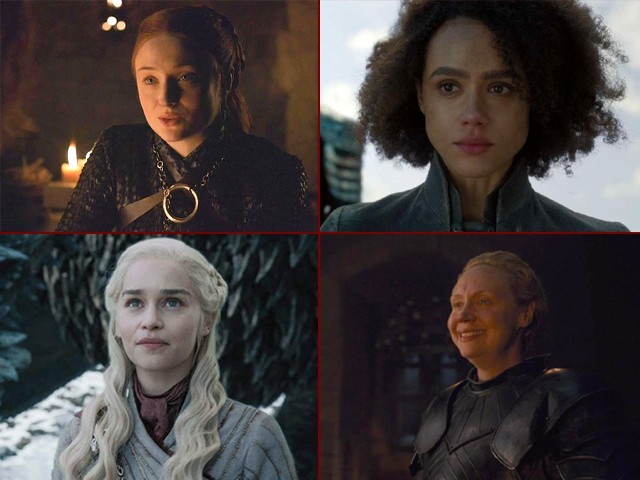 The episode’s greatest disservice is to its women, and it fails them at four distinct points with four different female characters.

If there is one thing I’ve grown to expect every Monday as I wake up at six in the morning to watch Game of Thrones, it is the feeling of disappointment that inevitably follows the end of every episode. This isn’t even limited to this season; many would agree that the show has been struggling for a while, now that it no longer has George RR Martin’s brilliant source material to fall back on.

Fans watched in disappointment as all the Martells and Tyrells were killed off, Jon was made Aegon Targaryen despite already having a half-brother with the same name, and then there was the stupidity that was the entirety of season seven. 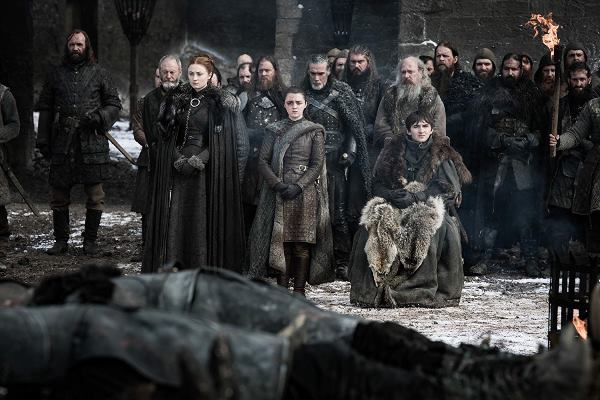 The two-year wait made fans hope that David Benioff and Dan Weiss wouldn’t completely botch the final season. This may, after all, be the only resolution we ever get for these characters, given the speed with which Martin is writing (one can wish his vocal disappointment with the show will make him move faster).

However, all this ‘hoping’ was a mistake.

We were promptly given a taste of reality when we saw the most anticlimactic end to the greatest threat to the world. And those who thought the series could not possibly get worse than whatever The Long Night offered us, could not be more wrong.

The Last of the Starks could have been a much better episode, if only one season worth of content was not cramped together in a rushed 90-minute mess. Yes, there was a coffee cup that went unnoticed in post-production (I guess the show is, indeed, too dark).

This season alone #gameofthrones has:
1. used two different Dany wigs for the same scene
2. forgotten a starbucks cup on the table
3. referred to Gendry’s bastard surname as “Rivers” instead of “Waters”

The episode’s greatest disservice, however, is to its women. It offers a glaring reminder that the showrunners are male, as is every single writer in the room, and this episode does so at four distinct points with four different female characters.

The first is Sansa Stark’s response to the Hound. He tells Sansa he heard she was “broken in rough” and suggests that if only she had chosen to go with him, a strange older man she did not know, she would not have been sexually violated (who doesn’t love some good old victim-blaming?) Sansa then replies that if she had not experienced all the trauma she went through, she would still be a ‘little bird’. 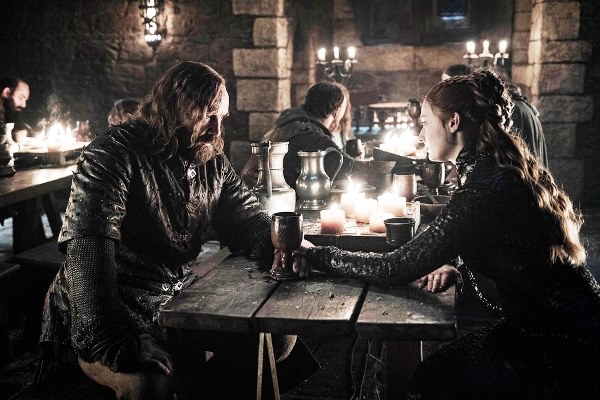 Only a man could write about sexual violence in such a callous and insensitive manner. Does Sansa really believe she had to get raped for her to stop being the naive girl she was when she was 14-years-old?

It is sick and disappointing that a GoT man wrote "Actually, it's good I got raped and abused bc now I'm a strong, empowered woman"

that exchange between The Hound and Sansa was definitely written by a man. For the millionth time, rape and abuse of women isn't just character development or a way to show a female character has matured

What makes it worse is that Ramsay abusing Sansa is entirely a product of the show, making it clear through this dialogue that the show used Sansa being raped as a plot device to further her ‘character development’; because of course women need to experience sexual violence in order to develop their personalities. Further proof the men in charge are in over their heads: when Sansa is raped on her wedding night, the camera pans over to Theon Greyjoy, and we see her trauma through his eyes. Trust GoT to make even a woman’s rape about a man.

as happy as i am with sansa's development throughout this series, i do have a problem with the way the writers keep pushing the narrative that a character has to go through something like rape and abuse to grow and develop.

dan & david making sansa say that she needed to be abused in order to grow up is such bullshit,, a woman doesnt have to experience rape to develop as a character get out of here with your pathetic attempts to excuse your unnecessary violence against women

Remember when Sansa was like "you know, it actually was a good thing I got raped and otherwise assaulted and abused all those times, bc now I am a Strong Woman." Interesting. #GameofThrones pic.twitter.com/Xd6klW0dKN

The second failure is Brienne of Tarth and her interaction with Jaime Lannister this episode. Yes, we all love #Braime, but not only did the show ruin seven seasons’ worth of character development for Jaime by making him go to Cersei, they succumbed to some gendered stereotypes by making Brienne beg and cry – weep with actual tears – as she was left by a man for another woman (his sister) in the middle of the night. 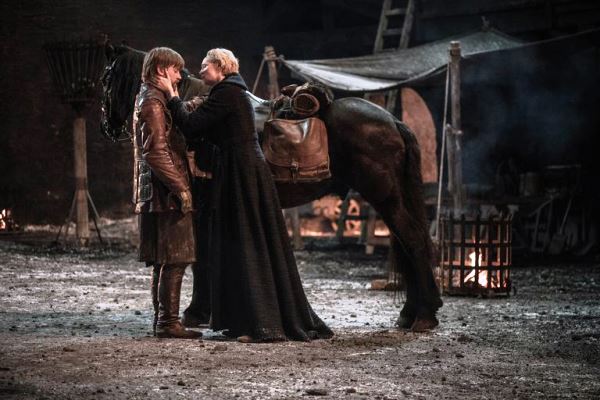 There is absolutely nothing wrong with someone crying, but this is Ser Brienne of Tarth we’re talking about, and those familiar with her know this to be out-of-character. Compare this to Arya Stark, who stays in character and is unmoved by Gendry’s proposal because she knows it is not what she wants. Then how can the show randomly turn one of the toughest and most composed characters on the show into a weeping mess over a guy she slept with 10 minutes ago?

WHY IS MY SIS BRIENNE CRYING??? Y’all want me to believe her character would be crying and begging some man to stay with her? The writers could’ve killer her off if they were going to reduce her character like this #GameOfThrones #DemThrones pic.twitter.com/8rHdCJdmYJ

Brienne is crying and begging Jaime to stay? Did someone who’s never seen the show write this episode? pic.twitter.com/OqX2YoOQCv

The third failure is to Daenerys Targaryen, by suggesting the reason Jon Snow would be a better king, or the reason he is the true heir, is because he is male. The problem here is that this is simply not true. The line of succession implies that the children of the firstborn, whether male or female, would ascend the throne, and Jon is the only living child of Rhaegar Targaryen, the firstborn. Jon would thus be the true heir even if his name was ‘Aegona’. 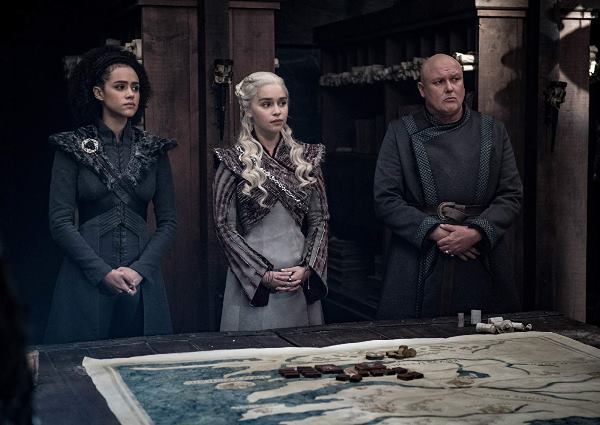 However, when discussing Dany’s claim, Varys and Tyrion make it a matter of gender, only to muck it up by implying that being male is better for the ruler, and that because Jon is a man, he deserves the throne. This is a disservice to Dany, as we constantly see Jon receive validation and praise for things both he and Dany have in common (such as riding a dragon).

Jon is a man who does not want the throne, making him a better choice over the woman who has wanted it and worked for it her entire life. Only a team of men writing could take the question of who is a better leader between a man as stupid as Jon and a woman as impulsive as Dany and make the former seem like the better choice, despite him not having earned it. Dany is clearly not a good leader, but the show needs to stop implying that she does not deserve the Iron Throne because she is a woman.

The episode’s biggest failure, however, is how it treats Missandei. This is an intersectional issue (as most are) because it’s not only a slight against a woman, it is a slight against a black woman and the only woman of colour on the show. Missandei’s death, like most things this season, serves no purpose but to move along Dany’s descent into darkness (another burning Shireen moment, if you will). Dany seemed set to attack Kings Landing in any case, making the death feel gratuitous. 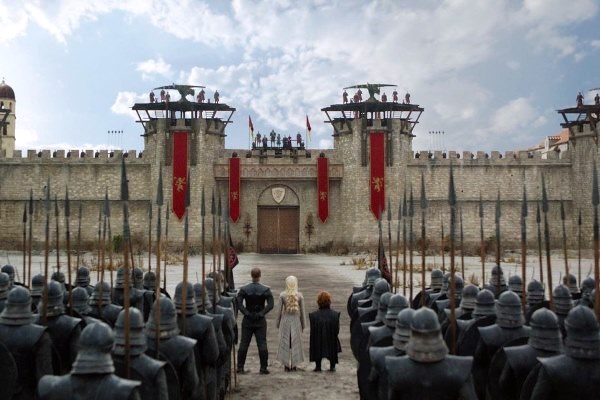 Missandei didn't have to die for Dany's Mad Queen arc. A good writer would've gotten there without fridging the only black woman on this show. #GOT #DemThrones

Her murder, as everyone else simply watched without any effort to renegotiate or even delay, was the show killing yet more people of colour (the Dothraki being wiped out was only last episode) because it seemed to not know what to do with them. Missandei being put in chains – supposedly to contrast with the ‘breaker of chains’ – just comes across in bad taste.

I'm not just "I liked Missandei" mad. I'm "Dany's entire storyline has been built on the backs of people of color and we didn't need the murder of the one black woman on the show to solidify her ~loss~" mad. #GameofThrones #gameofsnark

Sansa: attributes her character growth to being raped and abused
Brienne: is now a desperate rom-com character
Missandei: the show’s only Black woman character and is *checks notes* murdered while in chains pic.twitter.com/2YrVZSoZNs

The (male) writers failed the women of the show this episode, as they have done many times in the past, but this feels worse because we literally have no time left for them to bring in needlessly sexist dialogues and plot points.

With two or so hours left to go, fans need to swallow the bitter pill that the ending will most likely be as disappointing as everything else we have seen thus far, and instead of stemming organically from the story we have been following for the past decade, it will most definitely bring in something that makes no sense just for shock value (how can Jon just give Ghost away?)

can we all agree the real villain here is Jon Snow for not saying goodbye to Ghost ? #GOTS8E4 pic.twitter.com/QY86lMuRFW

The end has by now been written (and filmed), and while we can all hope the remaining two episodes make up for the dud that was this season, we will probably be presented with two final hours of bad writing and rushed storytelling only to be left mourning the sad demise of what once was the greatest show ever made. All shows must die, but Game of Thrones deserved better, and so did we.