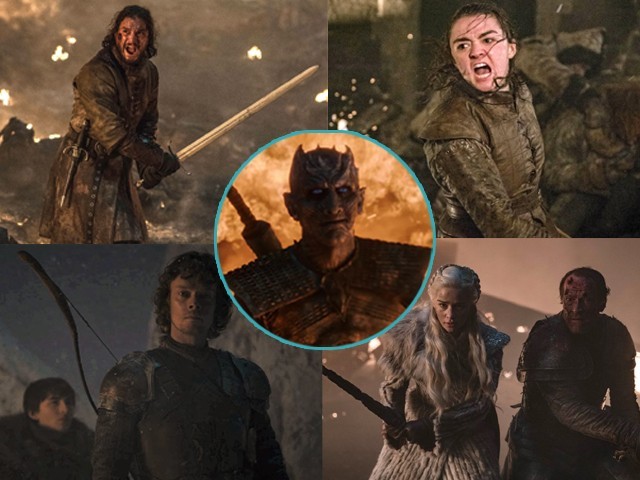 More emotions were felt when Cersei bombed the Sept in season six than during anything that happened in this battle.

The Battle of Winterfell – the battle we’ve been waiting for since season one episode one, when we first came across a White Walker. The battle Game of Thrones has been teasing for eight-and-a-half seasons. The battle that meant enduring a season of watching a pouty Jon Snow do incredibly stupid things (like the wight hunt) to prove that “the dead are coming”.

And the Battle of Winterfell was… underwhelming?

Don’t get me wrong, it was a pretty decent battle. The beginning, where a horde of Dothraki fighters run into the darkness shouting, only to be silenced in seconds, was bone-chilling. However, ‘pretty decent’ is not what one expects from the most awaited battle on the biggest show in the world.

For what was meant to be GoT’s Helm’s Deep, this wasn’t even the best battle we’ve seen on the show by far. This is the show that gave us the Battle of the Bastards (BotB) and Hardhome, both of which were by the same director as this one and yet were undoubtedly better in many aspects. The scene at the end of BotB, when Sansa Stark saves Winterfell by bringing the Knights of Vale, was definitely an act of deus ex machina, but it still made sense because the show had prepared us to expect it. The final scene at Hardhome, when the Night King looks Jon in the eye as he raises the dead, was a moment seared into our brains when we thought of how formidable the enemy was.

This was not meant to be an easy fight, and while it wasn’t, it had the potential to offer a lot more payoff.

For instance, when you did manage to see what was actually happening on screen, there were several moments where it felt like certain beloved characters had breathed their last. That was expected; after all, this is a show that doesn’t shy away from killing characters, and in the context of this great battle it would make sense, given the goodbyes witnessed in episode two. But the ultimate twist was that, contrary to expectations, most of characters ended up surviving somehow. 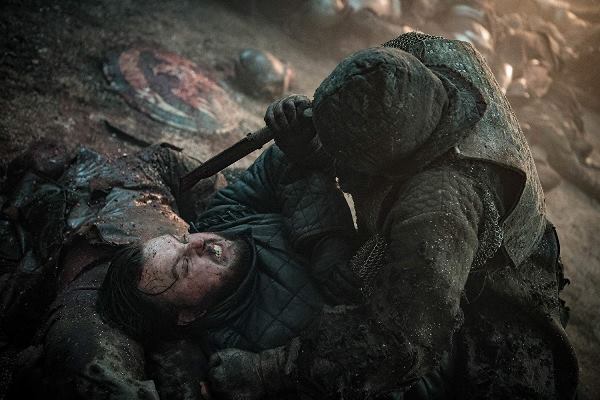 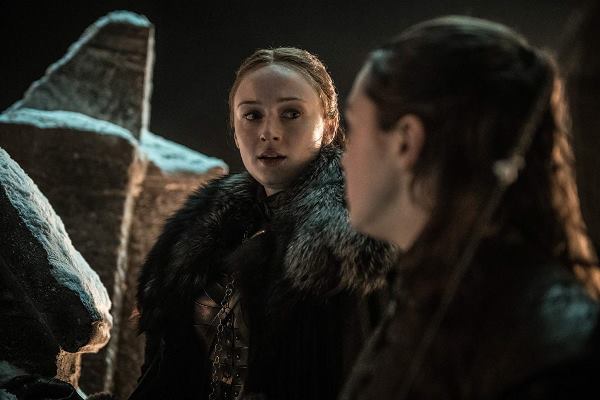 Of course, no one wants people to die needlessly, but it’s curious how the show manages to kill scores of faceless Dothraki and Unsullied soldiers (an argument for the poor handling of race we frequently see on this show can be left for another day) while all the named characters, even minor ones like Podrick and Gendry, manage to evade death.

I’m sorry to say I found tonight’s #GameOfThrones to be totally unsatisfying and surprisingly boring. With the exception of a few scenes the entire thing was wholly impersonal, not to mention at times incomprehensible. :(

Theon Greyjoy did die a heroic death, but we all knew he was a dead man walking. We were also prepared to say good bye to Ser Jorah Mormont when he caught greyscale in season five, and he literally did not deserve a better death than one in which he died in Daenerys’ arms. 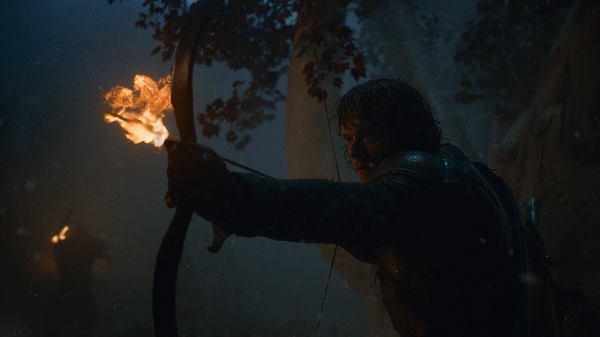 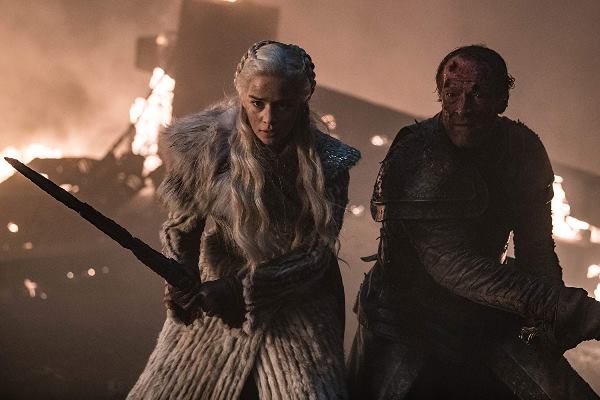 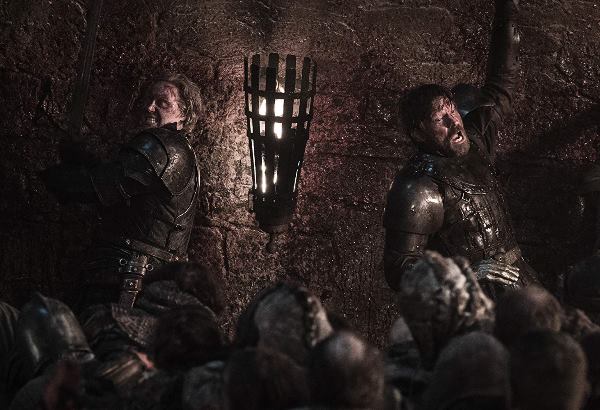 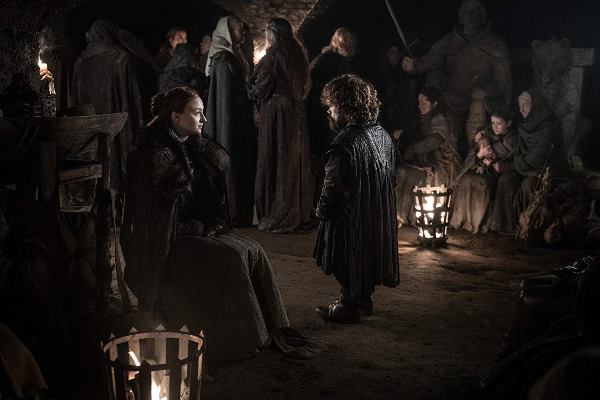 Then of course there is the fact that we were meant to be rooting for Jon or Daenerys Targaryen, either of whom could have been Azor Ahai. While Arya Stark killing the Night King was undoubtedly the best part of an otherwise weak episode, it only further highlighted just how undeserving both Jon and Daenerys are of the title of the hero to begin with. Ice and Fire could be anything, but it definitely isn’t these two. They don’t do much throughout the episode, except failing at riding their own dragons or even marginally hurting the Night King. Dragons who, might I add, seemed almost useless, especially given the hype of having two dragons in battle against the dead army. Viserion (the ice zombie) was the only one who knew how to be a dragon, it seemed. 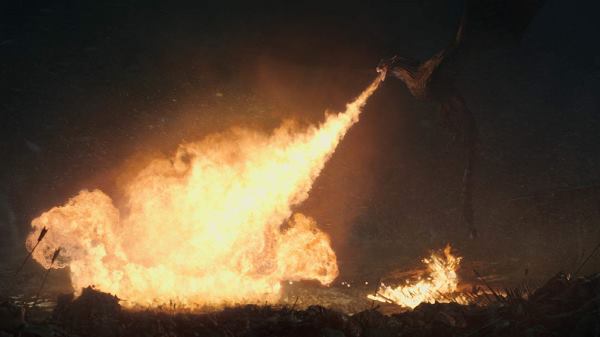 At one point, Melisandre (who shows up miraculously without any explanation, like most things this episode) is the one to light the trenches on fire because the dragon riders are unable to see. What would happen if Mel hadn’t showed up? Did they not account for the fact that they would most definitely experience actual bad weather fighting the army of the dead, winter having come and all? What was their plan, if there was one at all?

Then there is Jon. Sweet, beloved, foolish Jon, who literally knows nothing and lives to fulfil the stupidity quotient on the show. Jon, who is aware that the Night King can raise the dead, and yet follows him alone (not even discreetly like Arya did) in a field full of bodies. At another point in time Jon faces Viserion, and only he knows what he was thinking when he decided to scream at a zombie dragon. That’s right, Jon, this is the time to use your words! 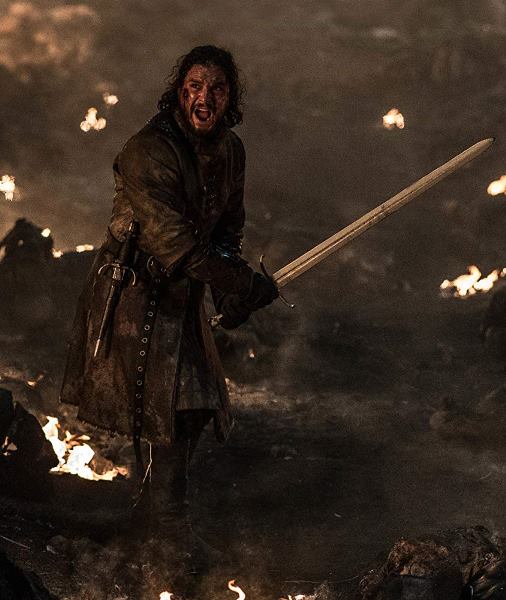 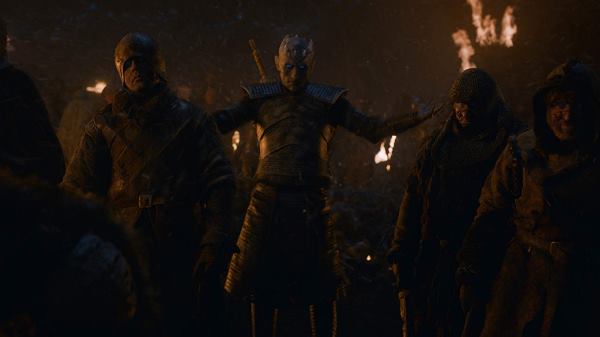 Daenerys is also given a rude reminder of just how dependent she is on her dragons when, after she falls off one in a field of the dead with no weapons at hand, Jorah is seen saving her life once again and dying in the process. Let’s not forget how she used Jorah as a shield!

People who did a better job than Daenerys tonight:
-Sansa
-Melisandre
-The Night King
-Sleepytime nap boy “I’m ‘warging’“ Bran
-The wind
-The White Walker who ran after the book that Arya threw in the library

Mistakes are a part of all battles, but it does seem disappointing that the only factors that won them this one (Arya and Mel) are ones they did not count upon at all. The dragons weren’t even used to keep burning the dead so they would not be able to rise later.

I repeat, what was the plan here? 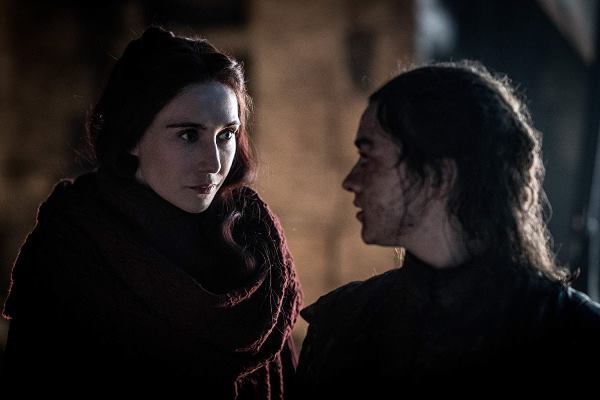 The greatest weakness of the episode, however, is how it fails to address or explain any of the plot. The Night King is supposed to be the biggest threat to the world, yet most of the world is not directly impacted by the arrival of the dead; not that we are shown anyway. King’s Landing doesn’t even appear to be cooler than normal. The promo for this season, where we see winter come everywhere, undoubtedly gave more goosebumps than anything that happened in The Long Night.

Yes, we know where the Night King comes from, but why was he here? What was his goal? What would happen if he actually killed Bran? What is Bran’s purpose in this entire story? And where did Bran ‘warg’ off to other than using the ravens to get an aerial view of the battle?

In a post-show review, the showrunners explained that the Night King can only be killed at the Weirwood, which is where he was created. Why does the show not tell us this itself? At this point, Bran being the Night King would be a plot twist gratefully welcomed by fans, only to see something interesting or unexpected take place. Remember when we found out why Hodor was the way he was? Now that was good television. This just comes across as lazy writing. 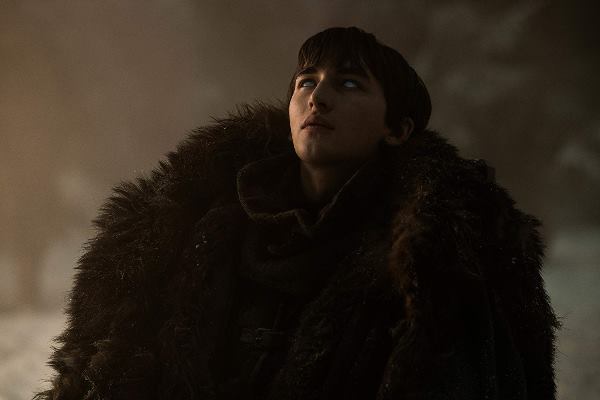 Further, what was the point of going to Cersei with the wight? What was the point of Melisandre going on about ice and fire when referring to Jon and Daenerys, if none of that would factor in anywhere? How has Cersei become the most formidable villain on this show, more so even than the Night King, who goes about raising the dead for a living?

There were a few moments of light in an otherwise (literally) dark episode. There was Lyanna Mormont, whose death was as brave and spirited as her life. Lyanna died on her own terms, taking down a giant with her, making her contribution to the battle seem much more significant than anything either Jon or Daenerys did. 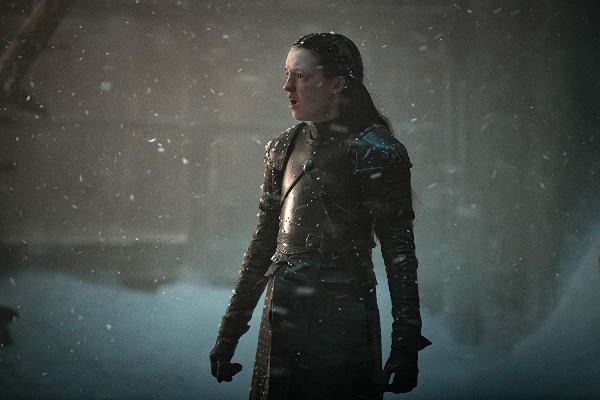 There was Mel, who miraculously showed up at the right time and seemed to have more of a plan than anyone actually incharge did.

And then there was Arya Stark. There is something immensely beautiful and poetic about a teenage girl saving the world by killing the Night King (even if it may not make much sense). In a dark, predictable yet unexpectedly underwhelming episode, Arya saving her brother and the future of the world offers us hope that Cersei actually has a shot at dying, because none of our usual ‘heroes’ seem up to the task anymore. 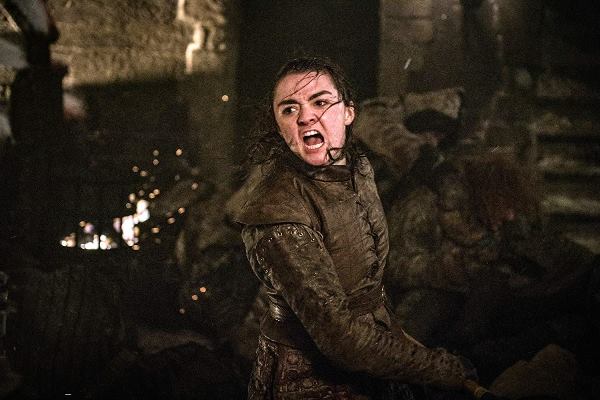 All in all, it was a good week for the Starks. For Game of Thrones and the history it is making, not so much.