Why is India worked up about the Pakistan-China bus service? 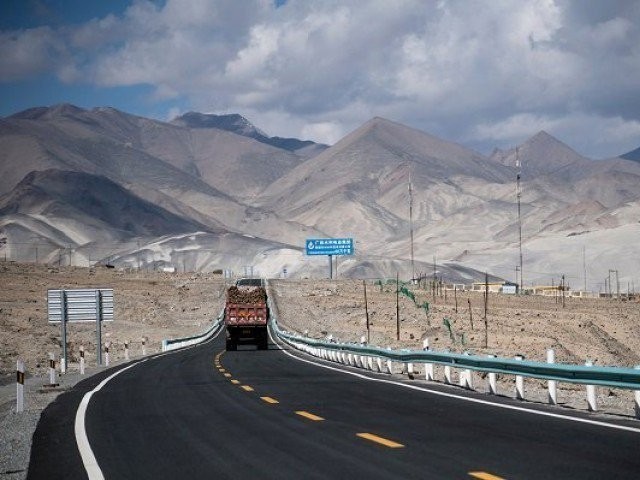 The Karakoram Highway over which the service will be run has been around since the late 60s and was opened to the public in 1979. PHOTO: FILE

On October 31st, India formally protested the proposed launch of a bus service between China and Pakistan because the service would “operate between Pakistan occupied Jammu and Kashmir” under the so-called ‘China-Pakistan Economic Corridor’ (CPEC). The official spokesman noted that India held the China-Pakistan Boundary agreement of 1963 as “illegal and invalid” and views the service as a violation of India’s sovereignty and territorial integrity.

If all this sounds tough and uncompromising, it is. But it is hardly consistent and not especially helpful.

The Karakoram Highway, over which the service will be run, has been around since the late 60s and was opened to the public in 1979. The route, which is by no means an easy one, witnesses significant civilian traffic and in fact the first bus service via the highway was launched in 2006 between Gilgit and Kashgar.

This has been in use in the main by traders and tourists. There is no record of an Indian protest at the time.

Why is India getting worked up now?

India had, of course, protested the China-Pakistan boundary agreement, which was actually engineered by Zulfikar Ali Bhutto to torpedo the direct talks between India and Pakistan on the Kashmir issue that had been midwifed by the US and UK in 1963.

Presumably this time around, India is worked up because unlike the local traffic between Gilgit and Kashgar, the new service will be via Lahore to Kashgar and back.

When it comes to the Kashmir dispute, there is an Indian strategy formulated by Pandit Nehru and Sardar Patel, evident from the very first time that India accepted a ceasefire in December 1948, at a time when the military centre of gravity had shifted in its favour.

That strategy would essentially divide the state broadly along what then was the ceasefire line and is now the Line of Control (LoC). Given the fact that the country had largely gone along with the Partition, there was nothing unusual in seeking to partition a state which bordered both of them.

The ceasefire line in the west divided the state in such a way that the Kashmiri-speaking areas remained in India and Pakistan kept control of a region which was populated by people who were ethnically closer to them. Further, Pakistan would be reassured that their Punjabi heartland would get some defence in depth from India.

Of course, the same Bhutto was somewhat chastened when he met Indira Gandhi in Simla in 1972, in the wake of the Bangladesh war. Desperate to get back the 90,000 prisoners of war in Indian hands, Bhutto agreed to change the nomenclature of the ceasefire line to the LoC, implying that it was no longer created by war but through acquiescence.

Further, as Indian accounts have it, he told Indira he would work towards converting the LoC into an international border. But this commitment was verbal and the Pakistanis have since denied that any such commitment was ever made.

Another manifestation of the Indian strategy vis-à-vis the so-called “Pakistan occupied Kashmir” came in 2006-7 when New Delhi engaged Islamabad in a backchannel dialogue that saw the emergence of a four-point formula which would leave borders where they were, but seek to soften them to the point of irrelevance.

Since this plan collapsed along with Pervez Musharraf’s presidency, it’s not possible to gauge whether or not it would have been successful.

Whether it is the Sino-Indian border, or the border in Kashmir, it is highly unlikely they are going to change dramatically in the coming decades. War to recover claims, be they Indian, Chinese or Pakistani, is unlikely because of the nuclear factor. A negotiated settlement is the way out, and it will result in a reduction of massive expenditures to defend the border. Further, it would promote a level of trans-border trade which could bring prosperity to the local people.

In all this, the Chinese position is highly nuanced. Article 6 of the 1963 China-Pakistan Boundary Agreement says that the agreement was subject to being replaced by another final version “after the settlement of the Kashmir dispute between Pakistan and India”.

As for CPEC, India has made a big issue of it because it goes through Gilgit and Baltistan. The Chinese deny it is a change of status quo. In September 2017, their spokesman said the CPEC “has nothing to do with territorial sovereignty disputes and does not affect China’s principled stance on the Kashmir issue”.

Given India’s belief that Pakistan is in “illegal occupation of a part of Jammu and Kashmir”, there is nothing surprising in the remarks of the official spokesman. It is, of course, quite another thing to ask whether it’s worth insistently reiterating India’s claim every time a bus or convoy crosses the border from Pakistan to China and vice versa. India could, through some smart diplomacy, instead, leverage this to get the Chinese to open up border trade across the Line of Actual Control in Ladakh or Arunachal Pradesh.

The author is a distinguished fellow at the Observer Research Foundation.

In 2017, Modi may control the Indian narrative, but flounder globally