Will Pakistan forever be indebted to China for CPEC? 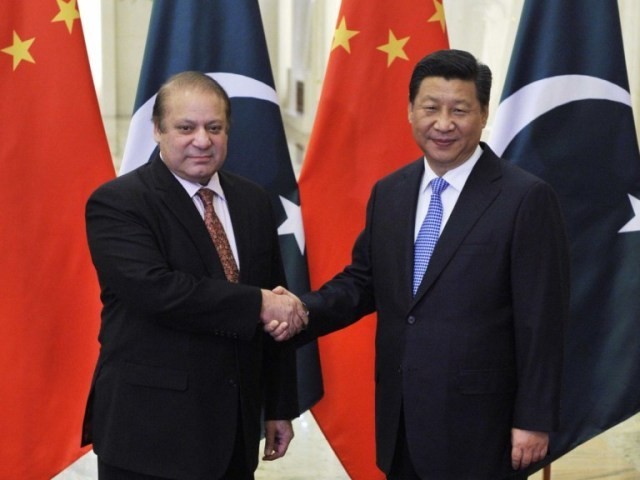 Loans are no fun, nor is $51.5 billion coming under the cover of China–Pakistan Economic Corridor (CPEC). It is easy to find yourself in debt, but it is hard to get out of it. This leads to the question, how will Pakistan get out of Chinese loans?

CPEC has financial arrangements on South-South Cooperation model which don’t just depend on giving aid like the North-South Cooperation. Under this Cooperation, China has made use of four major tactics: investment, aid/grants, joint ventures and equity ratio. And when BOT (build-operate-transfer) is not possible, the next best alternative is opting for soft loans. These loans are comprised of three categories: preferential buyer’s credit, concessional loans and interest free loans.

There is no need to worry about repayment obligations either. Here is why:

Firstly, all energy projects are investments which are based on Independent Power Producer (IPP) mode. They are required to have some equity ratio. The equity ratio, basically, is a debt ratio that is meant to access a company’s leverage, a figure calculated by dividing the company’s total liabilities by its stockholders’ equity. Some projects are directly invested in by the Commercial Bank of China and Import-Export Bank of China, whereas others are joint ventures like the Port Qasim power plant, with an approximate investment of $2.085 billion. The equity ratio of this project is 25%, while the rest has to be arranged by the sponsors through debt financing from the Import-Export Bank of China (China EXIM Bank). Some are financed by the International Finance Corporation (IFC) of the World Bank Group and The Silk Road Fund such as Karot hydropower station. So, the financial arrangements of CPEC’s energy projects do not burden the government of Pakistan, but the companies involved in it.

Secondly, these are not only loans that the IMF has been giving us, but a mega-investment under the guise of loans meant to ensure the smooth functioning of CPEC projects – it’s a somewhat cautious investment. Pakistan has $65 billion in debt.

What have we been utilising this huge amount of debt for?

To my readers’ surprise, we have been utilising it for meeting day-to-day expenses and paying consultants, hence it adds little to the benefits of Pakistan. On the contrary, CPEC, which is not a complete debt based project, adds a lot in the long-term value. It means huge benefits in terms of port access, transit corridor, trade hub, Foreign Direct Investment (FDI), and internal development.

Let’s get back to the past for a while. A few years ago, Pakistan was declared a ‘failed state’. No country was willing to invest in Pakistan. Investors, if there were any, used to sit in Dubai to negotiate. American Stock Index Provider, Morgan Stanley Capital International (MSCI), categorised it as a frontier market, which was an indicator of the poor state of Pakistan’s economic affairs. But, with China’s investment, Pakistan’s economic prospects are becoming brighter. MSCI has included it amongst the 10 most emerging economies of the world. It also listed the KSE-100 share index as the world’s fifth best market. Another American international ratings agency, Atlantic Media Company (AMC), has ranked Pakistan as a comparatively stronger economy of South Asia which is bound to flourish in the coming years. AMC believes that the investment in infrastructure, coupled with the relative political stability, has accelerated the country’s GDP.

So, what are investors looking for in an emerging economy like Pakistan?

The companies that invest in emerging markets, in fact, look for increasing their profits and dividends rapidly. Arthur Kwong, the Hong-Kong based head of Asia-Pacific equities at BNP Paribas Investment Partners that oversees around €552 billion ($619 billion), has answered that,

“Basically people are looking for alternatives, finding markets that are less correlated to the US interest rate-cycle and the China macro-slowdown. Pakistan, no doubt, is one of the outstanding spots.”

In that regard, a reference is being made to the recent IMF report on the monetary issues of CPEC. If you read the language of the report, it is very careful and defensive. Even more, it endorses the fact that CPEC is good, but there is no guarantee. Pakistan’s industrial sector needs to be competitive enough lest its imports outweigh its exports. The issue of current account deficit is on the list, but it shouldn’t be blown out of proportion. No country has, so far, been bankrupted by an FDI. And no country has been bankrupted by a current account deficit either.

There are many concerns over CPEC. The Pakistani industry should equally benefit from the project and there must be transparency regarding CPEC related projects. There are no two ways about it. Are we expecting CPEC to be a zero-risk economic package? Has there ever been such an economic package? Even the Marshall Plan wasn’t altruistic in nature. There are no economic projects that involve zero-risks. There is no free lunch either. Pakistan needs to strike a smart bargain and initiate long-term institutional reforms and internal development packages, which will take decades to bring fruits.

In academia, think-tanks and policy circles, these issues have been taken under consideration. There must be assessments, recommendations, positive criticism and drafting a roadmap for the way ahead. But we must be realistic and stop looking into CPEC in terms of absolute gains. If we think so, we are clearly mistaken.

Ghazanfar Ali Garewal is Lecturer in International Relations department NUML Islamabad and Coordinator of the department. He has been writing on Politics, Social Issues and Education for an English newspaper, Pakistan Observer.

To leave or not to leave: Will Chaudhry Nisar actually quit PML-N for PTI?