Is a Saudi Arabia-Iran thaw a possibility? 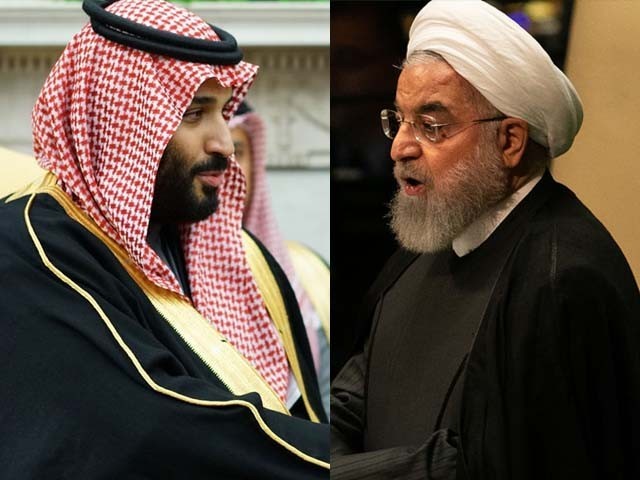 If Middle East is to gain even a semblance of stability, it is crucial that Saudi Arabia and Iran play their part in ensuring that.

The Middle East appears to be in a perpetual state of flux. The constant friction between Iran and Saudi Arabia has meant that the region has devolved into a battlefield where proxy wars are constantly waged, hence only further complicating the already turbulent regional politics. These tensions were only further exacerbated following the attack on two oil plants in Saudi Arabia. Naturally, Saudi Arabia, along with the United States (US), was quick to point at Iran and hold the country responsible for the catastrophe. In this political climate, as Iran becomes increasingly isolated after the collapse of talks with the US, and as the civil war in Yemen rages on, what does the future hold for the Middle East?

In fact, Pakistan has also now waded into these waters and stated that it is also willing to help act as a mediator between Iran and Saudi Arabia. But the primary dilemma which must be addressed is how long will the region be held hostage by the competing aims and political ambitions of Saudi Arabia and Iran? The vast reservoirs of oil have meant that Saudi Arabia has enjoyed the constant backing and support of America. These close relations have only become warmer ever since President Donald Trump came to power. It is evident that both Mohammad bin Salman and Trump have hit it off with each other, a development which has proved to be deeply worrying for Iran. After Iran and the US reached a nuclear deal during the Barack Obama administration, it seemed like Iran’s position in the realm of international politics was on the upswing.

Trump has made sure to put an end to that. The attack on two oil tankers in the Gulf of Oman and Trump giving Iran the cold shoulder has meant that Iran has found itself to be increasingly diplomatically isolated. Hassan Rouhani, the president of Iran, minced no words when he stated that Trump is responsible for the failed US-Iran nuclear talks. Ultimately, America’s constant meddling in the Middle East has only served to increase the gulf between Saudi Arabia and Iran. Trump, who continues to push the narrative that he is always willing to serve as a mediator between hostile nations, will never help bring Saudi Arabia and Iran to the discussion table because that is simply not in America’s interest. Since Trump has helped America move closer to North Korea, the tag of enemy number one has bestowed upon Iran. A detente between Saudi Arabia and Iran will not benefit the Trump administration.

All this is further compounded by what is happening in Syria and Yemen. Saudi Arabia continues to hold Iran responsible for the situation in Syria, which currently shows no sign of improving, because of the close bond between Bashar al Asaad and Iran. But, it is the war in Yemen which is currently capturing the imagination of the world. The increasing influence of the Houthis in Yemen, who are reportedly backed by the Iranian regime, has resulted in Saudi Arabia having to contend with increasing Iranian influence along its southern border. This growing problem came centre stage when the Houthis claimed responsibility for the attack on the oil fields in Saudi Arabia. As a result, Saudi Arabia and Iran’s proxy wars in Syria and Yemen rage on, which means that a solution to these conflicts is essential if there is to be a normalisation of relations between the two nations.

Ultimately, Saudi Arabia knows that an all out conflict with Iran would be disastrous, not just for the region, but for the global economy; and if there is anything which speaks to the leadership of Saudi Arabia, its money. Salman has stated that a military conflict between Saudi Arabia and Iran would result in,

“A total collapse of the global economy, and not just Saudi Arabia or the Middle Eastern countries.”

Perhaps this very fear led to talks between Saudi Arabia and Iran reportedly being in the works, even though the foreign minister of Saudi Arabia has denied such reports. Nonetheless, this does provide a brief glimmer of light at the end of the usually dark tunnel which Iran and Saudi Arabia’s bilateral relations have been trapped in for decades. It is imperative for these nations to realise that the US will not broker a peace deal between the two, nor will the problems currently festering in the Middle East be resolved if the region continues to be used as a proxy battleground for Saudi Arabia and Iran. If Middle East is to gain even a semblance of stability, it is crucial that Saudi Arabia and Iran play their part in ensuring that.

The writer has a Masters in public administration from the University of Karachi.