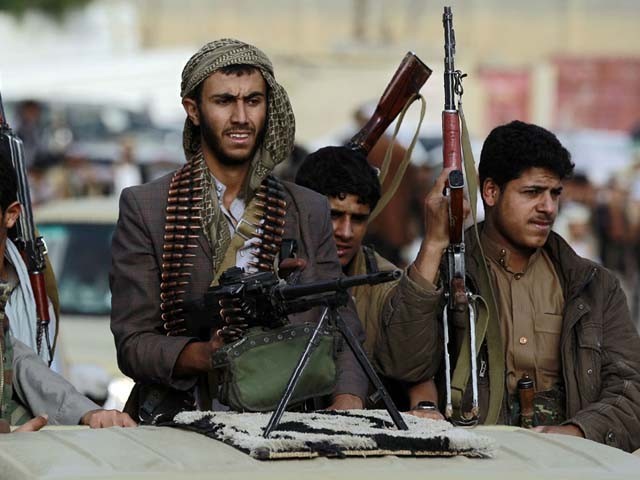 The Middle East has had a tumultuous history and the region’s politics have been anything but composed and calm. There are many fault lines that run through the geographic, social and ethnic divisions, and as a result, conflict and turmoil have never been too far from taking centre stage.

The latest conflict to erupt in these volatile climes has been the civil war in Yemen which has been raging for the last two years. Yemen is one of the poorest and most backward countries in the Arabian Peninsula, yet it is also very strategically located. This makes it a fertile ground for various interests to jockey for primacy.

What happens in Yemen is of utmost importance to the world. The neighbouring Bab al Mandab strait, which links the Gulf of Aden to the Red Sea, is a major conduit for much of the world’s oil shipments. The al Qaeda and the Islamic State (IS) are making every effort to establish their presence there and any power vacuum serves to ease their path.

Above all, the Yemen conflict is widely seen as an extension of the rivalry between Shia Iran and Sunni Saudi Arabia in terms of leadership and domination in the region. The Houthi rebels, who are fighting on behalf of the Shia minority, are backed by Iran, while the Yemeni government enjoys Saudi support.

Saudi Arabia’s image has taken a big beating through this entire conflict. From projecting itself as the pre-eminent Islamic power, it now cuts a sorry figure with its military machine, equipped with the fanciest weaponry money can buy, failing to get the better of a rag tag rebel army.

Saudi Arabia has been actively involved in the war and has provided full military assistance to the Yemeni government’s fight against the Houthi rebels. However, for all the money, men, and material that Saudi Arabia has invested into the conflict, they have not been able to force a favourable outcome. Saudi-led airstrikes have resulted in massive destruction and civilian casualties in thousands, yet the fighting continues.

The Saudi-led coalition approached Pakistan for its relatively well-trained and battle-hardened troops to help in the fight, but the Pakistani government initially refused to get involved, partly to avoid antagonising its neighbour Iran. However, Pakistan may finally be relenting and reports suggest that it will be deploying a brigade of combat troops to aid Saudi Arabia in its defence against the Houthis who have retaliated fiercely, despite being poorly equipped and funded, and now post a direct threat to Saudi’s territory.

There have been several international attempts to broker a peace deal, all of which have ended up being unsuccessful. As a result, the war rages on, with no end in sight.

As things stand today, Yemen is split into two fractions, one being controlled by the Houthi rebels and the other by the government, led by President Abedrabbo Mansour Hadi. The capital of the rebel-held territory is Sanaa while the government’s is Aden.

In the latest turn of events, a rebel court sentenced the Yemeni president to death on charges of high treason. This is merely a symbolic gesture at this point since the rebels cannot enforce the sentence. However, it is an indication of the prevailing sentiment in the rebel camp. There is also considerable anger directed towards Saudi’s involvement in the conflict. In addition to the destruction, the angst is driven by the veritable humanitarian crisis brewing in Yemen. There is widespread hunger and the threat of a famine is looming large.

With neither side being able to force an outcome, the situation in Yemen is a veritable stalemate. Of the two principal powers involved, Saudi Arabia has neither the diplomatic maturity nor the capability to drive a solution and Iran is being careful in not providing much overt support to the Houthis.

The world must not allow the situation to fester anymore and decisive action to resolve the conflict is essential. The root causes of the conflict must be addressed in order to find a political solution. The grievances of the Shia Houthis must be given due consideration and representation for them in the country’s polity must be secured.

Over the years, the world has seen many seemingly intractable conflicts getting resolved through dialogue and compromise. The Middle East too must explore the path of peace and eschew violence. The ever-present spectre of war and violence in the region is certainly not pleasant for its residents, and indeed for the rest of the world.

The time has come for a mature, evolved approach and for vested interests to look out for what’s best for the people of the country rather than their own narrow interests. The world powers like the US, Britain and Russia must also play a responsible role in bringing all the parties to the negotiating table and giving all the Yemeni parties confidence that their interests will be looked after. That is the path to just and lasting peace in this corner of the Arabian Peninsula.