Unbelievable treats a sensitive issue in a very believable way 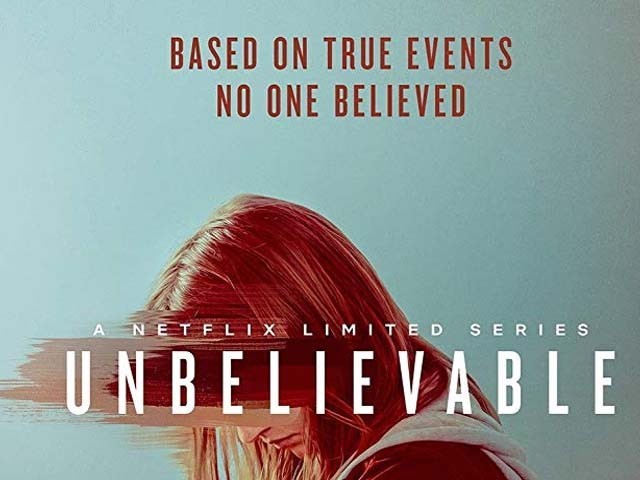 Presenting a sensitive issue like rape without sensationalisation and while offering utmost respect to the victims has always been difficult for the popular media. In my opinion, the way that such issues were portrayed in 13 Reasons Why is an example of how these issues can be used to make money. The recent Netflix original titled Unbelievable, however, takes the road less travelled.

Instead of merely touching upon the topic of rape for enhancing numbers and revenue, this sensitive series examines the real life trauma felt by rape victims. Based on a 2015 news article “An unbelievable story of rape”, this Netflix miniseries portrays two different yet interconnected timelines.

One of the timelines follows the story of a young foster child Marie Adler who is raped by an unidentified man but the law enforcement does not believe her and accuses her of making up the incident for cheap publicity. The other timeline narrates the journey of two female detectives in search of a serial rapist who has spread a wave of terror throughout Colorado. This Netflix original offers the harrowing experience felt by the victims of such heinous crimes and puts forward a very thought-provoking question, when will victim blaming come to an end? Created by Sussanah Grant, Ayelet Waldman, and Michael Chabon, Unbelievable offers an impeccable storyline and crisp direction. The screenplay is divided between the two timelines so artistically that the audience never loses their interest in the eye-opening account unfolding in front of them. However, this miniseries is slightly disturbing and merits a trigger warning. Coming to the acting department; the key roles are played by Kaitlyn Dever, Toni Collette, and Merritt Wever. Collette and Wever are undoubtedly flawless in their portrayal of detectives following the serial rapist but, for me, Dever is the star of the show. Her portrayal of Adler is truly Emmy-worthy. The performance is filled with raw emotions and heart-wrecking enactment of a rape victim. Her transformation from a working foster child, to a rape survivor, to a falsely accused victim is truly a grand affair. She shines in every bit of her role. The supporting cast also includes very talented individuals who add to the essence of the story and elevate it further. Unbelievable isn’t just another forgetful Netflix original. Rather, it is a tale that will strike a chord in many hearts. It raises some serious questions about where the priorities of our society lie. Given the current wave of the ‘Me Too’ movement, this series is relevant now more than ever since it reiterates the same narrative that victim-blaming is never an option.

However, the only flaw in this miniseries, in my opinion, is that it doesn’t take into account that false accusations are indeed levied. According to a report by Ashley M Cote, two to 10 per cent of registered rape cases are based on false accusations. But since this series is based on the personal accounts of rape victims, perhaps, the inclusion of the above-mentioned reality wasn’t intended to be a part of it. All in all, Unbelievable delivers the message it intended to, that too masterfully. Watch the series for its brilliant performances, the gripping screenplay, and crisp direction. Above all, watch it for a sensitive portrayal of the pain and agony of rape victims which has long escaped in the glamour-ridden world of Hollywood. It would surely open your eyes and compel you to ask some hard-hitting questions about the kind of society we live in.

The author works as a civil engineer in Khyber Pakhtunkhwa. He is a film buff and a habitual writer with an interest in American history. He tweets @TAKhanSwati (twitter.com/TAKhanSwati).

Does the road to the Afghan peace process still pass through Kashmir?