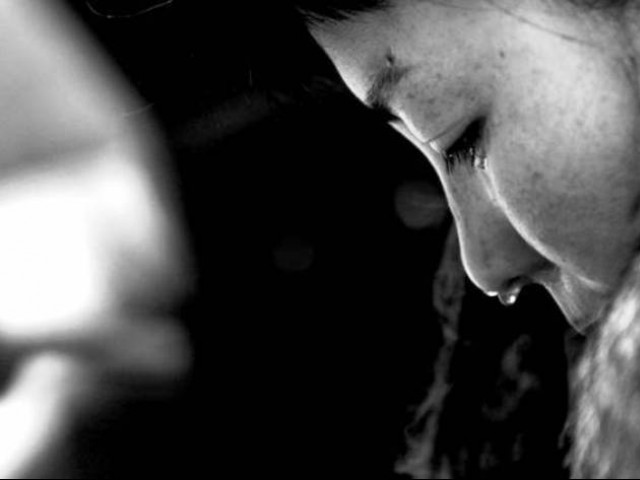 In recent years, some sections of the press have displayed some awareness regarding the sensitivities involving coverage of rape cases. PHOTO: REUTERS/FILE

The Pakistani media can play an important role in assisting women. Journalists have the power to reveal hidden and not-so-hidden biases that society has regarding women, especially rape victims.

Unfortunately, our newspaper reports are heavily biased against women who have been raped and assaulted and reinforce the existing non-supportive attitude of society towards these women. As for television coverage of rape, it is noted with much resentment that many times these victims are put through more humiliation with extensive and unnecessary attention.

17-year-old Uzma Ayub was the rape victim in what was popularly known as the Karak rape case. After being abducted and kept in custody for 13 months where she was gang-raped and became pregnant, she was harassed by journalists earlier this year from her home all the way to her hospital bed.  Chairperson of Human Rights Zohra Yusuf says: “In the case of Uzma Ayub, the victim has been blamed since the beginning.”

Director of Uks, an organisation that oversees the media’s coverage on women, Tasneem Ahmer says: “People are not really aware of what it means to expose their identity and need to be trained to deal with reporters.  It is not fair to throw a person in front of the media just because it makes a good story.”

The media needs to seriously redress this insensitivity;  rape victims’ pictures are printed in newspapers as well as repeatedly flashed on TV. At times the news is presented in a way that makes it seem as if the victim is the sinner.

In their haste to come first in delivering the news to their audience and for the sake of popularity, some news organisations are happy to compromise on ethics. Getting the juiciest scoop that will baffle the minds of viewers is a priority, so all thought of a code of conduct is forgotten.

A reporter from ARY News got an opportunity to enter the victim’s room after her delivery and started questioning her about the child’s birth. The reporter, Shazia Nasir, justified her act by stating:

It is completely unethical to ask such questions, but there is too much pressure on reporters to get the story. If I would not have done it, Express News or GEO would have.

Incidents like the DHA and Shahkot rape cases that sparked controversies were aired without a check on content by most television channels. Therefore, it is essential that a standard code of ethics is followed by all media organisations, who should then inform employees that such mishaps should be avoided.  Reporters and sub-editors should be given proper training on how to report and write these stories.

In recent years, some sections of the press have displayed some awareness regarding the sensitivities involving coverage of rape cases. English dailies like The Express Tribune and Dawn now avoid naming rape victims. Others must follow suit and citizens should campaign to inform those from the media fraternity who still publish names and photographs.

It is encouraging to see that the number of news items where names, addresses and other details were mentioned in bold letters in connection with rape cases are fewer today. More and more reporters now seem to recognise the fact that women are not merely objects, but human beings and thus the practice of maligning their characters, exposing them through identification and questioning their version of the truth is unethical behaviour.

Media groups make many excuses for these lapses in judgment. It is a competitive industry with a 24/7 news cycle and an audience that has an insatiable appetite. But taking that into account, there must be a certain level of professionalism that must be maintained if it is to be considered a respectable profession that serves for the benefit of society.

The public should, without a doubt, be made aware if there are vicious attackers on the loose, so as to take appropriate measures to protect themselves, but the purpose of providing a heads up is lost when the details of the victim are paraded and the attacker remains unknown.