13 Reasons Why: Hannah lives and dies in all of us 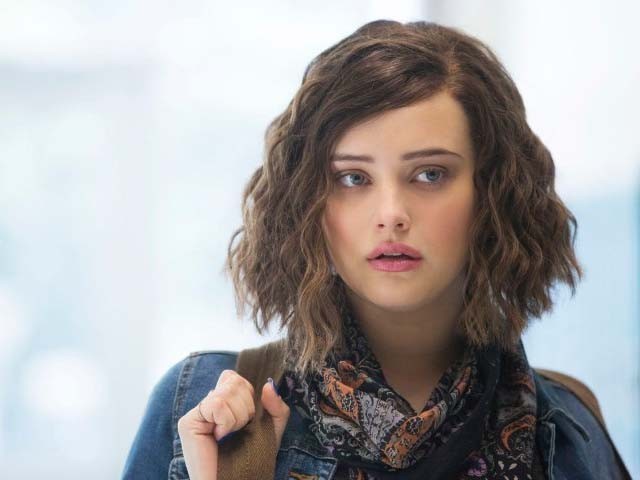 The bathwater, initially clear blue, gradually takes on a pinkish hue. Like rose water, or fresh henna that’s come off of tattooed hands and feet immersed in a bath tub. The water overflows onto the pristine white tiled floor, making it blush. The changing colours mesmerise me. My mind unsuccessfully tries not to focus on the source of that colour. Blood. Blood that oozes out of deep slits in both forearms of a beautiful young girl. Hannah (Katherine Langford) sobs quietly and sighs deeply but refrains from screaming despite the pain from incised sinew, nerves, arteries and veins.

Hannah’s muffled groans eventually die down; so does her body as her life takes flight. And thus Hannah Baker dies at the age of 17. She takes her own life and she does so in extreme fashion.

“What if Hannah’s parents had discovered her in the bathroom a tad bit earlier? What if 911 had been called and she’d been rushed to the nearest ER; she might have survived,” I wondered.

Needless to say, Hannah’s violent demise shook me. And I think it’s because I was forced to reflect upon my own profession; I happen to be a paediatric Emergency Room (ER) physician. Although I have never had to deal with children presented to the ER with deliberate self-harm-related goriness to Hannah’s extent, I have had my fill of young people with suicidal ideation. I can recall children who had intentionally overdosed on Tylenol, Motrin, rat poison, sleeping pills, alcohol, kerosene, Dettol, phenyl, and so on… either singly or in any number of combinations, depending on availability of substances.

In a busy ER practice, I had convinced myself that there was little time to spare talking to the confounding teenager and adolescent. If medically unstable, they didn’t really have the capacity to talk, to tell me why they had done what they did. In the acute phase, it didn’t really matter to me because time was against me to save their lives. Conversely, once medically stabilised, or if not that unstable to begin with, I would generate a psychiatry consult. For ER physicians, suicidal kids after initial stabilisation/ medical clearance are generally meant to be handed over to the psychiatric team so the latter may delve into opening up and talking. The same goes for the sexually or physically assaulted teenager who ends up in my ER. We just do what needs to be done. We aren’t into talking to young people as it takes too much time and effort. Or does it?

“What if Hannah’s school counsellor really heard her out? Or her parents? Or her closest friends? She might have survived,” I wondered again.

My heart cried. But my mind screamed,

“Wait! Weren’t her closest high school friends anything but that?”

Her so-called “friends” crushed her spirit and her soul in one way or the other. In a very graphic depiction of bullying, verbal and physical abuse, ‘slut shaming’ through social media or otherwise, stalking, and rape, Hannah was victimised by her high school peers. And this was an affluent school in the US, mind you, and not a ghetto one.

I wonder if Hannah’s parents visit the idle and ghost of a Facebook page of hers. And if so, does a deep, eerie sadness stir within their souls as they see her smiling profile picture? Do they then wonder if they could have saved her? For all intents and purposes, Hannah was alone, and therefore the outcome was perhaps not all that surprising.

It wasn’t only my patients that Hannah reminded me of, because those were a relatively more recent lot. She forced me to reminisce about my own high school from a life time ago. My high school was not in the US. It was in Karachi, Pakistan. Regardless, it had the same type of somewhat arbitrary, though equally inane, hierarchical structure with jocks, nerds, jokers, cheerleaders, rich, poor, bullies, bullied, victims, perpetrators, and so on. Hannah helped me recall a dear friend from high school who took his life, and I never could understand why he did so. Maybe I can speculate more meaningfully now, after thinking long and hard about Hannah. And while I’m still on the topic of high schools, I am reminded of my own child currently in high school. I wonder if he has to deal with unrealistic peer pressure, and if so, will he be able to transcend it at some point? Because I couldn’t.

Hannah also shed light on various incidents, thankfully sporadic, of young people I had known who attempted, both successfully and unsuccessfully, to take their lives while in medical school, graduate school, residency/ fellowship, and later. So the list goes on…

The coup de grace, for those of you who don’t know, Hannah was not “for real”. She was the young 17-year-old protagonist and narrator from the recent TV series 13 Reasons Why. When I first started watching, she got me thinking. And I can’t stop. While she lived, she certainly made me think, although not as much as after she had died. But I knew of her death the moment I started watching the show. Can it be that a mere character in a TV series can have such potency?

Yes. It is possible, I tell myself.

Even for this chaotic, crazy 21st century where the ‘truth’ is hard to figure out, the media and television can be powerful tools that evoke and invoke the mind to think about certain matters that we might otherwise overlook as we speed through life.

If you thought, at the outset, that I had answers for you – to bullying, for not being bullied, reducing adolescent angst, for suicide prevention, and so on – then sorry to burst your bubble. I’ve known people who were driven to suicide – imagine what they must be going through? We never know what exactly goes on inside of someone who is about to commit suicide, when the mind (and heart?) snaps; but can it really be prevented if the desperation is beyond repair or the situation unrelenting? It requires a certain act of courage to take one’s own life. Most say cowards commit suicide, but I think these people are brave yet extremely desperate individuals who have been cornered by unavoidable circumstances and loneliness.

Hannah disturbed me from the get go. And she continues to do so. In mere 13 hours over a span of a few weeks, Hannah revealed herself to me. Although I never met her, I got to know her strengths and her vulnerabilities, as if I had created her. There are times when I feel I have.

Hannah lives and dies in all of us.