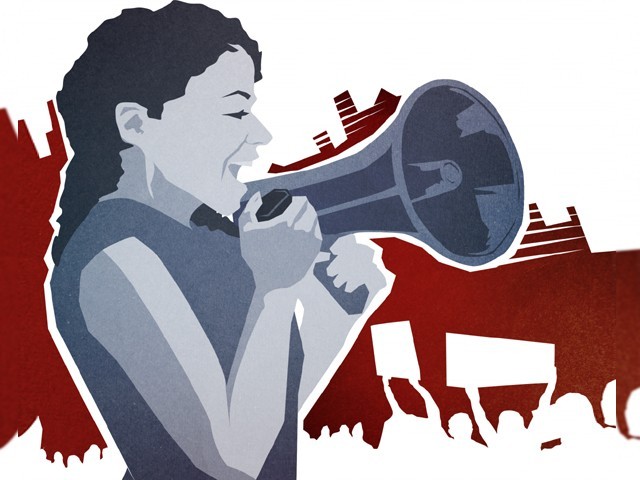 Pakistan is not a country where the ‘harassment card’ can be ‘played’; harassment is a cruel reality we must come to accept. PHOTO: FLICKR

The rise of the #MeToo movement not only broke barriers internationally, it also created waves within Pakistan and encouraged women to speak up against their predators and abusers. Today, Pakistanis are more ‘woke’ than they have ever been. Gone are the days when women-centric issues were ridiculously hushed in the name of preserving ‘honour’. The concepts of ‘patriarchy’, ‘misogyny’ and ‘consent’ have finally made their way through to being publicly discussed, questioned and rebuked.

However, things are nowhere near good enough yet. Pakistan is just awakening to the seriousness of harassment and abuse and how often this leads to rape, murder or suicide. Despite the trauma women experience on a daily basis, the culture of shushing and shaming victims prevails over holding predators accountable.

Most women refrain from speaking up due to the fear of either getting their character assassinated or facing life threatening consequences. In most cases, women who face trauma end up being confined to their homes and isolated from public life. If a woman is harassed at school or university, they put a stop to her education. If she is harassed at work, she is asked to leave. What else did she expect, working alongside men? Because men will be men. These are the regressive ideologies that women have to contend with, that have made Pakistan one of the worst countries to be a woman in.

What plays a major role in maintaining this regressive mindset is Pakistan’s media. From mindless and derogatory beliefs promoted on morning shows to heated political debates where everyone from journalists to politicians frequently rely on sexist rhetoric, rarely do we see anyone influential held accountable for their words.

Recently, TV anchor Kashif Abbasi disappointingly reflected the opinion shared by a significant majority in Pakistan through his misogynistic statements. Abbasi’s show recently hosted Pakistan Peoples Party (PPP) leader Shazia Marri, and the panel was engaged in a discussion about the leaked tapes of the National Accountability Bureau (NAB) chairman.

Marri pointed out that the tapes could indicate harassment, prompting Abbasi to claim,

(It’s very easy for you women to create noise:)

A shocked Marri responded with,

For God’s sake, I thought you’re a sensitised man but I’m having my doubts today.”

But that didn’t stop Abbasi from saying,

Abbasi’s statement has unsurprisingly upset many. In a society where women have to endure life threatening consequences, from acid attacks to stabbings, rape and even murder for even reporting crimes against them, it takes immense courage to speak up and demand justice. It is not easy, and it definitely isn’t a ‘card’ to benefit from.

Really heartening how Shazia Murree challenged him, pointing out position of power + privilege of people (mostly men) who make such pernicious generalisations – that too in a society like ours where victims of sexual offences are often either disbelieved or blamed for the crime

Seeing how most of the ‘justice for…’ hashtags are for women, there is no denying that our society is one where women are ridiculously vulnerable to harassment and abuse. Pakistan, one of the worst countries to be a woman in, is not one where the ‘harassment card’ can be ‘played’; harassment is a cruel reality we must come to accept.

However, instead of coming to terms with this problem, we see men in positions of power devaluing the mental turmoil women experience here on a daily basis. The fact that even seasoned journalists believe something as absurd as a ‘harassment card’ or a ‘victim card’ exists is emblematic of why Pakistan remains so dangerous for women.

In a society where even a slight sound only leads to character assassination of a woman and misery, it's not asaan but extremely difficult to come forward and thus majority never does. Thanks to Kashif Abbasi and the likes it only actually becomes "asaan" for the men to harass. https://t.co/RzSOeRffSk

Kashif Abbasi's continuous rant is evidence of the fact that even the most educated and so-called liberals can be harassers. Harassment is real and it happens everywhere. Be it parliament or in the market. #TimeIsUp#ZeroToleranceForHarassment https://t.co/OqhXxq8vXp

After all, this is not an isolated incident. Another disappointing example of an ignorant ‘journalist’ making irresponsible comments on national television is of TV host Aftab Iqbal. Iqbal correlated a woman’s mental health to her marital status, and brought up the thoroughly debunked and antiquated concept of hysteria to suggest why women should be married off, because focusing on their careers is going against nature. It is alarming that such influential male TV anchors can use their influence to spread sexism and ignorance about mental health and simply get away with it, with zero accountability. Because it was all in good humour, of course.

Mashallah, Aftab Iqbal raising awareness on mental disorders by showing a 31 yr old woman who is suffering from "hysteria" because she is single at that age. Career aspirations meddling with nature. "Shadi karao" is the solution apparently. It's 2019 @AAPNews, stop the jahalat.

Misinformed ‘journalists’ and TV anchors such as Abbasi and Iqbal are a cruel reflection of how lightly women’s issues are taken within our society and how men just do not understand the gravity of the situation. If influential people can make such claims on national television without any consequences, will it not negatively impact the masses and make them believe this misogyny to be the truth?

Women already face hell when trying to prove harassment or rape claims in Pakistan; the last thing they need is for prominent personalities to further direct the masses in the wrong direction and suggest this is just a ‘card’ they use to their benefit. If regulatory bodies are so quick to take action against certain content on the grounds of decency or morality, then at the very least such anchors should also be held accountable for using their position of power to make things worse for women in Pakistan.

You're really expecting respect and compassion from Kashif Abbasi? https://t.co/8wxOCDTUrX

However, not everyone is ignorant like Abbasi and Iqbal, and not everyone in the media industry considers harassment to not be a real problem. In the midst of this darkness, there are some who prove to be the voice of rationality.

On one hand, we've anchors like @shazbkhanzdaGEO, who understands consent &, alongside @ShahzadIqbalGEO, calls out misogynistic comments. On the other hand, we have Kashif Abbasi, who thinks #harassment claims are fake and women just "scream 'harassment, harassment, harassment'". https://t.co/bJwHdgdMIP

For instance, in conversation with Express Tribune, director and actor Adnan Malik stated,

“As men we evidently have an inherent privilege with the world skewed in our favour. Unfortunately, many of us are blind to the latent biases. Men prefer the current status quo where they control how women present themselves; and if men feel threatened, they often, but not always, trivialise what women say or gaslight them.”

“By doing so, we are establishing a safer workspace for women, which would encourage them to pursue professional careers and lead to a flourishing economy.”

He also commented on Abbasi’s statements and stated,

“It’s important to call out somebody who trivialises sexual harassment. Especially, since men are almost always the predators and women almost always the recipients. Men at large simply don’t want to take responsibility. It is essential that men who are in a place of influence revaluate how they see gender politics. It’s not in good stead to bully a woman at her assertion of sexual harassment.”

Where on the one hand we see the entertainment industry gruelling its way to produce mindful content through dramas such as Inkaar and Cheekh, ‘journalists’ like Abbasi and Iqbal are proof we are a misogynistic nation with a long way to go.

It is essential for everyone to call people out, be they journalists, celebrities or politicians, when they use their position and influence to spread misogyny, hate and ignorance and negatively influence people.

We have now entered the post #MeToo era, where misinformation regarding issues such as harassment, abuse and rape will simply not be accepted and will most definitely be countered. Done and dusted is the era where women’s issues could casually be waved off and they could be shamed into silence. But perhaps Abbasi has missed out on his memo.