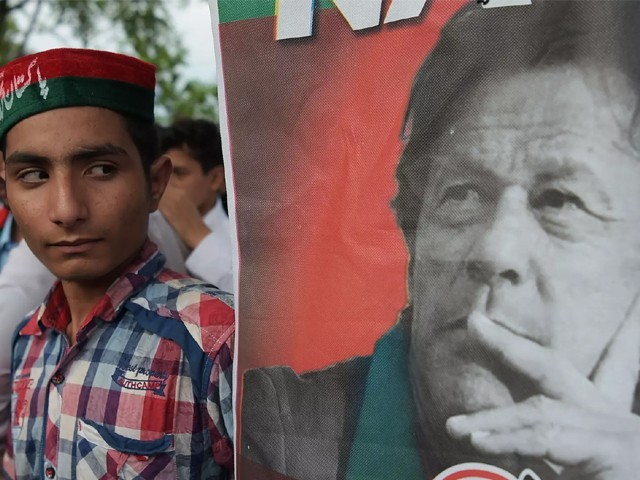 The verdict of the 2018 by-elections is in, with Pakistan Tehreek-e-Insaf (PTI) losing some of the seats it had previously won in the General Elections. Yes, their supporters will say the party has won more seats than the opposition, but the fact remains that losing seats which you previously won, and that too in the by-polls (which always favour the sitting government) is a bad sign.

Things are not going well, and the electorate is noticing the sheer incompetence and cluelessness of the PTI government.

I am trying to recall, but despite my best efforts cannot remember a comparable level of chaos in the initial days of any other political government in recent times. No matter how ‘neutral’ one tries to be, the fact remains that right now PTI’s performance reeks of an almost unbelievable level of incompetence, which in turn is creating a lot of uncertainty. As I write this, the US dollar’s rise is threatening massive inflationary pressure owing to the rather inelastic nature of our imports. The stock market is in literal free fall, depicting panic from the investors.

Claims of never going to the International Monetary Fund (IMF) have been proven hollow, as Pakistan is currently desperate to be bailed out due to growing current account imbalances. The conditions likely to be imposed by the IMF would thwart Imran Khan’s populist agenda of building a welfare state based on increased development spending. In fact, after entering the IMF structural adjustment program, the economy’s growth is likely to slow down in the short to medium term, seriously undermining the lofty promises of creating 10 million jobs. Perhaps we needed to go to the IMF as soon as the government took charge, but instead of taking the rational option, the government came up with the rather fantastic plan of appealing to the Pakistani diaspora to send dollars. The dismal response from the diaspora has perhaps prompted the government to finally go to the IMF, but this delay has ended up costing the economy dearly.

A grand housing scheme costing an estimated $180 billion is also in the pipeline, without the government explaining where this money would be raised from. To get a proper perspective of the sheer scale of this project, the entire China-Pakistan Economic Corridor (CPEC) is less than $70 billion, while Pakistan is currently negotiating for a $6-7 billion bailout from the IMF. Right now, the entire banking sector’s deposits are less than the amount required for financing this scheme. Even a financially ignorant person understands that banks do not have the capacity to finance even half this amount. When asked by a TV anchor as to how such a colossal amount will be raised, government spokesperson Farrukh Saleem’s hilarious response was that PTI would curb corruption to free this amount.

Good governance, a slogan Imran constantly raised during his confrontational and fiery opposition days, is nowhere to be seen in any aspect ranging from the economy to law and order. Nepotism still rules, as proven by shady appointments to the cabinet, while the political victimisation of the opposition is in full flow, as evidenced by the arrest of Shehbaz Sharif. The latter is a completely senseless act which is sure to create political instability at a time when the government badly needs stability. On top of it, Nasir Durrani, the officer brought by the PTI for police reforms, recently resigned due to political interference in the transfer of an inspector general in Punjab.

Furthermore, at a time when our priority should be to wriggle out of this mess, the government’s main emphasis has been on silly optics of selling cars and buffaloes, opening governor houses to the public, and bragging about some meaningless austerity measures. The height of irony was that the day the stock market was free-falling, Imran was lamenting about a lack of international tourism due to dirty public toilets!

What is going on here? Why are we in such a mess that the slogan ‘Naya Pakistan’ has become a complete joke, prompting hilarious videos and jokes at its expense? On top of it, since Imran has a sizable cultish following, some of his supporters are bending over backwards to defend every U-turn and absurd step taken by the PTI government, and blaming everything on the previous government. While the government’s blunders are pitiful, the apologetic defence of its supporters is purely hilarious.

To be fair to the PTI, it did inherit an already weakening economy, and whatever is happening today has at least some roots in the past. It is fair to say the government’s debt accumulated a lot during Pakistan Muslim League-Nawaz’s (PML-N) tenure, increasing the debt servicing amount and thus exacerbating the problems with the fiscal space. On top of it, the PML-N government was not transparent on CPEC projects, perhaps committing to some unfeasible terms as well.

However, at the same time, the economic woes are also partly due to the political instability in the last two years, in which PTI played a direct role. Over the past two years, PTI indulged in extremely aggressive politics, resulting in a lot of disruption and political uncertainty. The government was literally in survival mode and the economy’s productive capacity was seriously harmed due to the political situation.

But something far sinister occurred during those years of agitation. Imran literally promised everything to his impressionable supporters, making claims which made no rational sense. Slogans such as the following were raised:

(I prefer committing suicide than going to the IMF)

(In two days, $200 billion will come back to Pakistan)

Unfortunately, these were devoured by his fan club without any critical introspection.

Imran has created an entire lot of emotional and politically romantic followers whose sole criteria is the ‘honesty’ of their leader. They are willing to literally overlook everything else in their naïve belief that only the honesty embodied in Imran’s personality matters. “At least he is not corrupt” has become a standard response to any criticism, no matter how justifiable.

But then Imran has also been facilitated by our textbooks and media, which for years have been creating a mindset, particularly in the white collared urban middle class, through perpetuating a romanticised narrative. According to this narrative, in reality we are a blessed country, full of resources and a very talented population. If only we had an honest and determined leader, things would miraculously turn around. Imran fits nicely to the description of such a leader, which is why it is no surprise he is considered the ‘last hope’ by a large portion of our white collared, supposedly educated class. This desire for an honest messiah is so strong that many of them were perfectly willing to overlook the controversial way Imran won the 2018 Elections, as well as his undemocratic political tactics since 2013. It’s this romantic delusion that makes die-hard supporters unquestionably accept even the most absurd solutions offered by the party.

PTI has become a tragic victim of its own rhetoric, and right now, the party’s problem is that it is governing in the light of extremely high expectations, which it raised itself. What is worse is that instead of lowering expectations to realistic levels and telling its followers what is not achievable, it is hell bent on promising more, as evidenced by the launching of this extremely ambitious housing scheme.

The fact that such a project is neither sustainable nor feasible, given our precarious fiscal problems and external account deficit, simply eludes our leadership. I fear that once again the PTI will be forced to make a humiliating U-turn, but only after wasting a sizeable amount of money into this scheme. Perhaps naively, I continue to hope that sanity prevails and PTI starts governing rationally, managing expectations for a change instead of continuing to raise them to unrealistic levels.