Should Saudi Arabia be a part of CPEC? 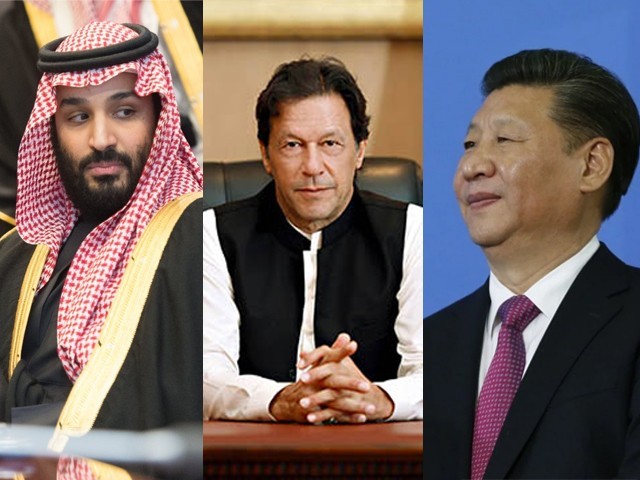 China is rightly welcoming the Saudi investment because as long as China controls the theatre while others perform under its watch, they would have no issues.

From the word go, the Pakistan Tehreek-e-Insaf (PTI) government has been under a heavy burden of expectations from all sides. As a result, they are trying to satisfy every front as quickly as they can. However, it seems that this is proving to be too much for them and they are creating all sorts of confusion. China-Pakistan Economic Corridor (CPEC) is one such project where this confusion is still brewing.

Recently, news has been circulating that Saudi Arabia will be joining CPEC. It is still unclear what role they would play, whether they will be a strategic partner, an investor or something else. Following the recent developments, I have been going through newspapers from Pakistan and Saudi Arabia for over a week to understand this jigsaw, and all I end up with is nothing but an ambiguous picture.  Frequent dose of pep talks with China is being injected from all sides, at least on the surface, praising the likelihood of other investors in CPEC to share the fruits of the Belt Road Initiative (BRI) with other countries as well.

Should Saudi Arabia be part of CPEC? If yes, then in what capacity? Before trying to answer these questions, one should understand the broader picture. In fact, I have always objected the presentation of CPEC that it is always portrayed as an independent and stand-alone project. Its connection to China’s greater plan of BRI is generally considered trivial and is casually overlooked.

Saudi Arabia is an American ally, and a close one too, but that will not stop them from investing in CPEC. After all, America has been investing in China over the years itself. China is rightly welcoming the Saudi investment because as long as China controls the theatre while others perform under its watch, they would have no issues. I personally believe that even if the US wants to muddle in CPEC-related affairs by riding Saudi investment, it won’t be able to do so.

The foremost reason is China’s geographical location which is adjacent to Pakistan and allows China to have more control over the situation. Thanks to continued resistance in Afghanistan, the US can never settle down enough to try to manipulate the situation even with increased military presence. They have tried everything in the last 15 years and have come up with the same conclusion that other world powers ended up with: you can’t sustain stranglehold over Afghanistan. Plain and simple.

Moreover, in mega projects like CPEC where there is a danger of a monopoly, it’s always good to have multiple partners. As the famous saying goes, you shouldn’t put all your eggs in one basket. With Saudi Arabia’s involvement, Pakistan will have a fair chance to have more powerful stakeholders that can help maintain the power balance. Pakistan has an undisputed and undoubted military relationship with Saudi Arabia and for this reason, Saudi Arabia is the least likely country to ever threaten Pakistan’s interests.

Over the decades, the relationship between the two countries has been steady, smooth and mutually beneficial. There is nothing like loyalty or friendship when it comes to international relations. It’s all about needs and interests. Right now, Pakistan is China’s blue-eyed boy, but remember, we were the same to the US a few decades back. Broader spectrum in thinking with foresightedness of the Pakistani regime will be seriously tested in CPEC-related issues.

There is a recent development that has strangely gone unnoticed, at least in the Pakistani media. Formerly known as One Belt One Road (OBOR), China’s mega project has been changed to BRI. Official explanation of this move is nothing but a bunch of rosy phrases wrapped as confidence-building measures. However, the underlying reason is to dilute the impression of economic colonisation of countries, including Pakistan, through this mammoth project. As China follows a one-party rule, OBOR has a close link with concentration of power and authority and despite all the efforts from China to brand it as a cooperative and collaborative idea. it has been seen with suspicion of economic takeover and debt trap.

Media, especially the accessible part of it, is being overpowered by the West and that’s why completely relying on their reports is going to cloud the judgment in their favour. But the recent happening related to Sri Lankan port of Hambantota has details which should make our think tanks very uncomfortable. The port was built with Chinese loans of $1.3 billion and went into operation in 2010. After just seven years, which is nothing when it comes to the lifespan of a port, the port has been handed over to China as Colombo is unable to repay the debt. Disturbingly, the Hambantota port is part of OBOR (no, I will not use BRI, let’s call a spade a spade) and keeping all the western propaganda aside, this event gives a clear indication regarding how tough the situation can be for countries who are unable to repay the debt in the allotted time.

These concerns have been echoed recently by the International Monetary Fund (IMF) when it warned Pakistan to be vigilant about taking excessive loans from China which may result in excessive debt for Pakistan. Although they didn’t refer to the Hambantota example, but if you even give it a serious thought, it is quite evident that if Chinese investment is not carefully managed, Pakistan’s economic woes can get worse because of the same CPEC which is being broadcasted as a beacon of hope for a futuristic prosperous Pakistan.

Pakistan needs to follow the famous mantra of ‘think globally, act locally’ that is think OBOR while focusing on CPEC. Investment from any country, including Saudi Arabia, should be analysed for short-term as well as long-term consequences. There are always strings attached to foreign investments and if it’s not played out carefully, it can cause unimaginable damage in the long run. I am quite sure that Saudi Arabia will not be the last country to come forward with a plan to heavily invest in Pakistan, there will be many more in the years to come, especially related to OBOR, and Pakistan needs to be absolutely clear about its stance, both politically and financially. The way Saudi Arabia’s involvement is being handled right now is confusing and it indicates the unclear approach and strategy of the government.

PTI wants to show that its government is attracting investment from overseas but they need to make sure that in the search of quick and hefty money, Gwadar (or any other project) doesn’t repeat the story of Hambantota.