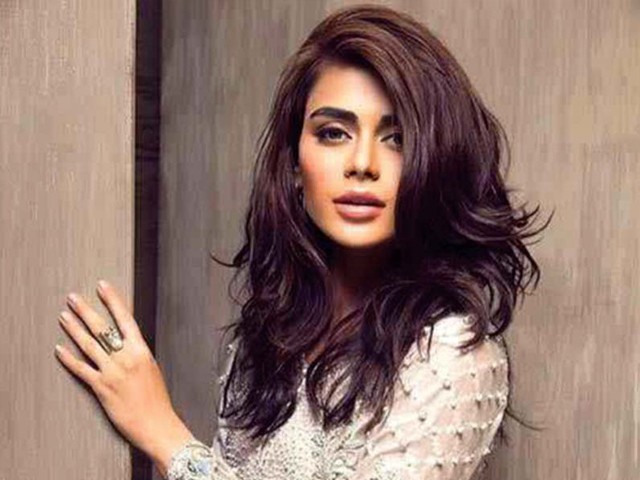 It shows her utter lack of understanding of the #MeToo movement in the first place. PHOTO: FILE

I remember the first time I saw an ad featuring Sadaf Kanwal. I was walking past a clothing shop, and I stared into her big bold eyes, encompassing the entirety of a wall. I was thinking about how beautiful she was, and flawless, up on that wall for the world to see.

Recently, this same beautiful model spoke about the #MeToo movement on a public forum.

(You know when you experience a #MeToo incident, say it then. Why are you mentioning it later? I think you should speak up when it happens)

She went on to say,

(If it ever happens to me, I would say it. And I won’t just say it on social media, I’d tell all of you)

Unfortunately, this is not the first time she has discredited the #MeToo movement. Previously, she put up a picture of Bilawal Bhutto Zardari being hugged by a follower on her Instagram and captioned it as ‘#MeToo’ with a laughing emoji on it. It is unfortunate that she finds harassment funny, no wonder the people of Pakistan take cases of abuse so lightly. When influential people like her think like this, what would you expect from the masses?

I’m disappointed how Sadaf Kanwal made light of #metoo movement, how I was her fan, how her privilege blinds her to ordeals of sexual abuse victims who find courage to fight the evil, how all this education and exposure doesn’t bring empathy, how this is how she uses her impact. pic.twitter.com/XqY4u4Fw55

I read her comments and saw that picture and that same face came to my mind. I realised that cookie cutter images of women up on walls, smiling like they don’t have a care in the world, photoshopped into perfection, aren’t helping the women of Pakistan. All of that isn’t real. Pain is real. Tackling your pain is real. And I guess no matter how photoshopped and inviting and understanding she looked in that picture, her words would always be more powerful.

Firstly, her comments just did not make any sense. It shows her utter lack of understanding of the #MeToo movement in the first place. This movement was created to spread awareness, to give strength to victims, to provide a space for women to freely express all their stories of harassment, and to stop the notion of victim-blaming and shaming. But when women in power in Pakistan are asked questions about such movements, which they will be, responses like these are simply disappointing.

Sadaf Kanwal is so woefully ignorant and insensitive that it’s painful to watch the video of her saying what she said. Also, a little embarrassed for her.

The problem lies in the sentiment that so many celebrities just don’t understand the movement. If someone faced a traumatic incident of harassment, it’s natural for them to deal with the trauma first and then publicly speak about it. Not everyone is fearless, not everyone is so ‘in-tune’ with their emotions, but that’s what the movement is trying to help with. It’s there to show women that yes, there are so many other people out there like you who have faced similar incidents and that’s alright. You will get past it.

After this whole Sadaf Kanwal incident, I realize how difficult it must have been for @itsmeeshashafi to take a stand for herself and point a harasser in the same media community which harvests people like Sadaf.

So when women in power, women that our populace respects, come out with comments like these, I just feel sad; sad for the women of Pakistan who believe in these words, sad for these women because they themselves can’t grasp their heads around a topic so sensitive so they completely butcher the meaning behind it.

Privilege isn’t a choice; once given, one should take full advantage and use it in a powerful way. But alas, privileged people continue to show ignorance. Movements like #MeToo and feminism have always been topics that they shy away from. Harassment is used as a plot for their jokes or to pass casual funny comments and feminism is put off as too aggressive.

For instance, during Ali Zafar’s Teefa in Trouble premiere, another controversy reared its ugly face when Waleed Zaman replied to the protesters,

“We support sexual harassment of women.”

There’s a protest outside Cinestar Lahore against sexual harasser Ali Zafar’s movie Teefa. Waleed Zaman, son of Bareeze’s owner, creative director of Kayseria brand, walks in saying “we support sexual harassment of women” Privileged men who think they can get away with anything. pic.twitter.com/2Ld7erccZP

I’ve never heard anything that was poorer in taste. I know he was joking but for him to even try and joke about something that is so rampant in our society is beyond misogynistic. Just because he’s a male endowed with privilege, it does not give him the right to speak about the plight of women in Pakistan.

Earlier in June, the actor/singer Goher Mumtaz derided the movement as well. He uploaded a picture of him and his wife where she’s playfully hitting him and the caption reads “#MeToo”. He later removed it after he faced a strong backlash on social media.

It doesn’t end there, powerful men continue to poke fun towards this movement. Haroon Shahid, another actor, tweeted the following:

A couple from my side as well please. Mein maroon ga to #MeToo hojai ga! https://t.co/CvUKa7rkpG

For men with a large social media and societal standing to joke about something that is such an important and fragile movement is so stifling for us. Imagine a woman who has been harassed, has had the courage to finally speak up, imagine her coming across something like this – it’s like a slap on the face. Understanding that undergoing violence, assault, unwarranted sexual advances is serious, understanding that all these things take a toll on a person both emotionally and physically, is where empathy stems from. But so far, from what I’m seeing on social media, so many people in Pakistan just don’t have the capacity to empathise, so they mock. They mock what they can’t understand.

See the problem in our society is the way patriarchy deems fit to counter any movement the feminists try to make. Everything becomes a joke, and unfortunately, this time, the joke is on us.

There was another interview online that just illustrates the notion that a lot of celebrities are not understanding the ideas of feminism either. In that interview, Aamina Shaikh stated that she is not a feminist and that she doesn’t even want to start the conversation on feminism. I think it’s incredibly ironic for a woman to play such a strong female lead in Cake and then go on TV and state that she doesn’t even believe in the fundamentals of the film. That just takes away from the message that the movie was sending. She said,

“I’ve said no all my life and now I’m starting to face backlash.”

Of course, if you say no to being a feminist, you will face backlash because that means off-the-bat, you’re rejecting the idea of equal rights, which is a deep-rooted problem in Pakistan.

Instead of driving the movement forward, people like these are stifling it. They’re cutting it directly from the throat and pulling us 10 steps behind. Yes, Kanwal has the right to her opinion, as does Shaikh, but when you share an opinion that affects women all over the world, you should think twice about it.

Sadaf Kanwal shouldn’t be allowed to speak on any sort of platform.

The ideals of feminism are built upon equal rights. So with the #MeToo movement, numerous men were finally facing the consequences of their actions. Women felt empowered and comfortable enough to speak their truths. The two are intrinsically connected – both are about giving women the power they should already have within society. With the Pakistani film and fashion industry holding these people as their poster children, people who don’t understand #MeToo, let alone feminism, they’re taking power away from our women.

In a world where people are constantly trying to reaffirm the conception that we are too weak, too timid, too powerless to do anything on our own, we need our female celebrities to prove society wrong. For once, we need them to stand up and say that the women fighting back are goddesses, and that they should be appreciated for their acts of intrepidity.

So when women like Kanwal say “why didn’t you speak up right away”, I’m not the only one with an answer to that. There’s an entire movement sparking up on Twitter called #WhyIdidntreport, so if you’re wondering why, just read one of the thousand stories that women from all over the world have been sharing. It will always be difficult to speak about, so instead of questioning why, or when, we should be applauding the women for having the courage to even speak up at all.

We need to build each other up as women. It is already a hard life in Pakistan and when a woman of power claims that she is not a feminist or makes fun of the #MeToo movement, that creates a domino effect where numerous fans begin to believe in the same ideals. One woman’s voice does have the power to change. We need to teach our girls that their voices matter, that they should fight for the same rights as their brothers, fathers, and friends.