Is #MeToo doing more harm than good in Pakistan? 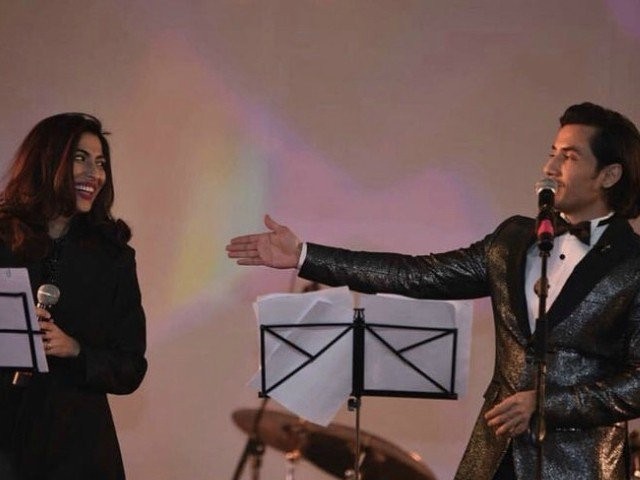 Female crusaders leading the charge against Zafar have one thing in common – oblivion to its negative impact on women. PHOTO: FILE

I am not going to start with a validation of how the #MeToo as a movement was so desperately needed to save us women. Frankly, my conscience could no longer bear witnessing the abuse of this narrative, most especially within the elite circles, to which all of us writing and commenting belong.

Let me start by saying that women like me, like Aysha Raja, and like all those writing about the relevance of #MeToo, are born with the privilege of empowerment. We are, in most cases, as empowered as the men in our lives. I have myself seen women dragging their men out of parties, smacking them around for their indiscretions, and so on.

Women of the elite are usually not shrinking violets. If anything, I have been harassed by more women than men in my life. If I were to start with my stories and named them with a hashtag on social media, all those women, with their feminist, professional careers and humanitarian credentials, would be done for. But this is not a matter to be hijacked for personal score settling. Therefore, imagine my utter surprise when I read Raja’s mean-spirited allegations against Ali Sibtain Fazli.

My piece on why elite men are so invested in the failure of the #MeToo movement. And I’m taking names. https://t.co/hDKYe5UDHv #Metoo #TimesUp

First off, just to discredit Ali Zafar, you go after his family? As a feminist yourself, why do you need to attack someone else, just to show your support to Meesha Shafi? Also, isn’t it strange that you yourself did not call out your harasser, and did not name and shame him? Isn’t that the purpose of #MeToo? To bring the powerful predators down?

I imagine Raja did not do so because it didn’t help the narrative feminist groups are wanting us to believe: that Zafar and everyone around him is evil. It’s easier and lazy, just like Shafi’s choice to go on social media to takedown Zafar was easy and lazy.

Female crusaders leading the charge against Zafar have one thing in common – oblivion to its negative impact on women.

Our nation may have started a transformation, thanks to the #MeToo movement. Unfortunately, in the context of Pakistan, its effects are going to be much more destructive.

The blanket hashtag does not discriminate between a ‘me too’ for a dirty joke and a ‘me too’ for sexual assault. There are no hordes of women suddenly coming out with stories against their harassers. In fact, if social media is to be believed, Zafar is the only one they can think of, and subsequently use as a poster boy for their offensives. The incidents reported are nowhere on the same continuum with Harvey Weinstein’s behaviour, like a drop of water isn’t the same as the ocean. In Shafi’s call for victimhood, we cheapen the experiences of real victims and create a hostile environment for more genuine #MeToo stories.

This victimology will have another alarming negative impact: men avoiding collaborating with women out of fear. Only in the recent past have we seen every mainstream institution trying to hire and promote as many females as possible. The reversal of this trend will happen quietly and be largely invisible, because unlike the West, Pakistan has no set quotas for the hiring of women, and corporations are under no pressure to show proportional representation in the workforce.

Ironically, to the general public, the solution is not more feminism, but less. These tales involving ‘liberal’ celebrities will result in a call for a return to Islamic female virtues of modesty and prudence – as evidenced by Hamza Ali Abbasi’s tweets advocating gender segregation. This is a very dangerous position for a society to embrace, but unfortunately, the most appealing go-to solution for a largely conservative general public.

Random thought: With this entire #MeToo global epidemic on the rise, I am beginning to realise that ISLAM was right all along when it ordains gap between the 2 genders. So called modernism has brought us to a point where the line between flirting & harassment is insanely blurred.

FOR EXAMPLE: The man flirts, the woman doesn't tell him she is feeling uncomfortable, maybe he is in a position of power or other reasons, the man takes it as consent, the woman years later comes out saying she got harassed & the guy keeps thinking he just flirted with consent! https://t.co/muXaEZCH6b

Rather than empowering women, these sensationalised allegations will result in more backlash; maybe even a call to return to the culture of the veil.

I am utterly disappointed to see the same people blaming others for doing what they have also done in front of my eyes. I refuse to be a silent witness to shameless denial when it comes to their own sins, yet such ugly display of expression when it comes to others. This is the “hypocrisy” that has and will destroy this very elite, and in the meantime, destroy the chance of justice for those women who have real stories to share for #MeToo.

The author is the Ambassador of the alleviation of Poverty at the Tehmina Durrani Foundation, TDF. She tweets @MinoNasir (twitter.com/minonasir)