The dilemma for overseas Pakistanis: To invest more, or to return home? 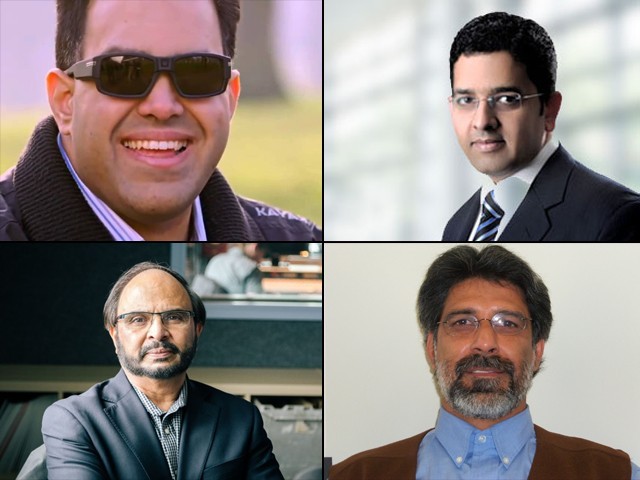 The onus is on the PTI to create a favourable situation for overseas Pakistanis.

Pakistan is a nation brimming with talent – talent that frequently shines, not just within the country, but on international forums as well. Pakistanis working abroad are rated highly by their employers in comparison to workers from other countries. These overseas Pakistanis are serving the nation in their own capacity, particularly by sending remittances back to Pakistan.

One does not really need to wonder why these Pakistanis leave Pakistan. Many go abroad for higher education, seeking new opportunities due to the lack of avenues at home. Unfortunately, many a times, they end up staying for good, for there is no real way of exploiting their talent here. Such individuals end up doing great work in their respective fields and gain recognition for their outstanding accomplishments; always outside of Pakistan, never within.

Despite this, they continue to maintain a strong bond with Pakistan and are interested in making their contribution to the nation, especially financially. After all, coming back is not always an option, given the lack of opportunities on the one hand, and the unsavoury law and order situation and a trust deficit when it comes to those in power on the other.

I recently had a conversation with numerous individuals living abroad, and it was heartening to know how deeply their hearts are still linked with their country. They are always concerned about the security and political situation, and interestingly, Prime Minister Imran Khan and his Pakistan Tehreek-e-Insaf (PTI) have brought out a resurgence of hope, as not only do many wish to return, they also wish to contribute more.

When it comes to those who wish to return, it is unfortunate that Pakistan still has not been able to provide an atmosphere for brilliant Pakistanis to grow and thrive and do more for Pakistan from within, which is why they leave, only to succeed internationally.

Saqib Sheikh is one such individual, who if persuaded to return to Pakistan, can help those living with disabilities and make them an integrated part of our society. Sheikh lost his eyesight when he was seven-years-old, but this only motivated him to pursue an education. Pakistan may not have what it takes for people living with disabilities to get opportunities, but today Sheikh is working with Microsoft. He has developed a mobile application called Seeing AI, which helps the visually impaired to know their surrounding better and carry out their lives normally without any external help. Can we imagine the wonders this talented individual could do if only given the same opportunities in Pakistan?

Sarfaraz Alam is another dynamic individual – a veteran Pakistani IT entrepreneur and expert who is now the presiding chairman of Texpo, based in Dubai. Not only is he the man behind Texpo, he’s also the CEO of HashMove, a logistics company in Dubai. Through his leadership, Alam has steered Texpo towards creating an undeniable niche for itself in the Gulf States. What wonders could talented businessmen like Alam do, if only Pakistan provided bigger opportunities to start-ups?

Further, Dr Tariq Ghayur and Dr Naveed Syed are two doctors who have made a name for themselves in the medical field. While Dr Ghayur works for Abbott as their leading scientist and is renowned all over the world for his work, Dr Syed is a medical scientist who has made neural cell connectivity possible by inventing the bionic chip. Such skilled doctors could revolutionise the health sector in Pakistan, if only given the chance to do so.

Now that PTI has formed its government, expectations are at an all-time high. The onus is on them to create a favourable situation for those overseas Pakistanis who are interested in coming back to Pakistan, and also for those who wish to stay abroad but play a bigger financial role in Pakistan. But as sublime as PTI’s claim of including overseas Pakistanis sounds, is it realistically possible?

After all, the biggest reason why most people are unwilling to invest in Pakistan is its inconsistent policies. Investors get irritated; not by stringent policies, but by the frequent changes in those policies. Currently, out of 190 countries, Pakistan is ranked 147th when it comes to the Ease of Doing Business Index. Asad Umar has announced launching an investment scheme to increase confidence in the country’s economy, but this alone cannot be a workable solution.

PTI’s government will have to formulate a long-term policy to benefit international investors, which will have to start by improving certain realities on ground. I would suggest that Imran immediately form a core group within his party, with the sole purpose to communicate with overseas Pakistanis. Given the importance he himself has placed on this group, this core team should work to interact with those abroad and suggest a way forward for the government to involve them further. Like the people living within the country, Pakistanis living abroad will also be observing the government during its first 100 days. As it deals with seemingly more urgent matters, one hopes that all the talk mentioned earlier of including overseas Pakistanis is not forgotten.

On a separate note, Pakistanis working in Saudi Arabia and some other Gulf States are also facing difficulties due to new rules and regulations introduced by these countries. Considering their importance as an asset for our country, the government must also stand up for the treatment of Pakistanis working abroad.

They may not live with us, but they love Pakistan just like the rest of us; they rejoice at every cricket match Pakistan wins, and look with concern at every adversity reported in the media. They have contributed immensely wherever and however they can, be it building schools, hospitals or dams, or providing disaster relief. PTI has perhaps always had a special connection with overseas Pakistanis, and now that they are in a position of power to pay that trust back, their mission to revive the economy and intellectual capital of Pakistan must be prioritised.

There is no doubt it will be a long and arduous journey for any government to create favourable conditions and a relationship of trust for overseas Pakistanis to yet again invest in or return to their country of birth, but if anyone can achieve this feat, it would be PTI’s government.