The dam charity: Sorry, I can’t do more 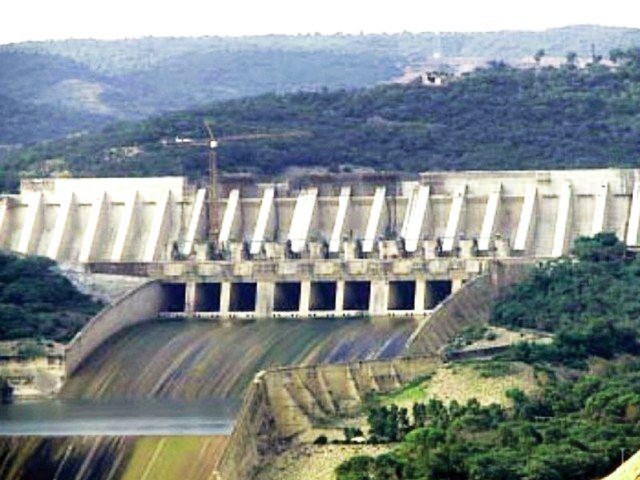 The Chief Justice of Pakistan took the first step forward and announced the public fund for construction of dams in Pakistan. PHOTO: FILE

As Pakistanis, we generally make headlines for all the wrong reasons these days, but there is one thing we can still be proud of. Despite having a shattered economy and prevalent poverty, we are one of the most charitable nations in the world. No one could have expected that this fact would one day work against the nation as well.

Recently, the age-old issue of the construction of dams took the limelight once again, as Pakistan ranked third among countries facing water shortage. This alarming situation put every state institution on high alert, including the Supreme Court. Fed up with the inefficiency, incompetence and unwillingness of political leadership regarding this serious issue, the Chief Justice of Pakistan (CJP) took the first step forward and announced the public fund for construction of dams in Pakistan.

To lead by example, he donated a heavy sum of Rs1 million and appealed the general public to follow suit, as our Armed Forces also contributed.

Pakistan Armed Forces contributing to Diamer-Basha & Mohmand Dam Fund. Officers of Pak Army, Navy and Air Force will contribute their 2 days’ pay while soldiers one day’s pay to the announced fund for this national cause. #DamsForPakistan🇵🇰

These steps from the CJP and the Armed Forces added value and credibility to this fund, and others also began to contribute. No one doubts the goodwill of the CJP, the Army and the masses. However, the primary question to be asked is: should dams be built with donations?

If I were optimistic, I would assume there will be zero corruption in the fund. However, for me, the very idea of donations for basic infrastructural requirements is troublesome. If tax payers’ money is not being used appropriately and sums of millions and billions are being embezzled, it’s the duty of state institutions to stop that practice. It is state responsibility to hold those accountable who are making fortunes for themselves and their families, at the expense of taxpayers. After all, why should a common taxpayer have to suffer for the inefficiency of state institutions?

For those who don’t understand how many taxes a citizen of Pakistan is subjected to, let me list a few for you. The list includes, but is not limited to:

Congestion Levy, and so on.

This doesn’t include the occasional bhatta you have to pay while dealing with any government institution, right from the traffic police to the legal system.

To put things into perspective, take a look at the recent default of Shaheen Air. As per the BBC, this airline is a defaulter of Rs1.5 billion. It is now up to the State to make them clear their dues and use that money for the welfare of people. Defaulters of such huge amounts are roaming free, but common citizens are expected to not only fill the void in finance created by these defaulters, but also donate money on top of it?

Another example of financing public institutions via donations – despite the government having all the funds in its control – was showcased by the Pakistan Tehreek-e-Insaf (PTI). PTI formed the Provincial Government in Khyber Pakhtunkhwa (K-P), but rather than pushing his government to build quality hospitals like Shaukat Khanam Lahore, Imran Khan was asking the public to donate for a hospital in Peshawar, and that too in his name. How on earth can the leader of a provincial government even ask for donations for a private hospital in a city where his own party is collecting, managing and spending funds?

Even if I buy the argument that there were insufficient government funds to build a hospital (which I don’t, by the way), the proper procedure would be to come forward with the financial details, making it clear how much money is required to build a hospital, how much is available via taxes, and how much is needed via donations. There has to be a difference in a political party’s behaviour when they are in the government, as compared to when they are part of the opposition. You campaign for years to get into power and lure people in by telling them funds are not an issue; corruption is, which is the only reason why the masses are unable to meet basic needs. But if once you are in power, the situation remains more or less the same, what is the point?

There is absolutely no doubt that charity is a noble act, but both the masses as well as people in key positions of this country have to understand that the infrastructure of a state cannot be built by donations. The State subjects citizens to taxes to collect funds that are then supposed to be used to build hospitals, motorways, schools, hospitals and, of course, dams. If some institution is corrupt and embezzling millions, the State has to rectify that, rather than trying to go for a parallel funding structure through public shout outs for charity. Donations and charity cannot be resorted to for national level causes, until and unless all other financial sources are exhausted. They become acceptable in unusual situations, as they did during the war of 1965 and the earthquake in 2005.

Moreover, there is still no clear plan regarding how this dam will be built. If state institutions will be involved, as per the Standard Operating Procedures (SOP), how will they ensure the dam funds won’t be embezzled as well?

Am I advocating against charity? No.

Do I mean to stop people from being generous? No, not at all.

If you see someone in need, help them as much as you can. But there is the need to differentiate between the state and an individual. After all, the country cannot be run like an NGO. For instance, we can buy licensed guns for our personal security, but what about security on a larger scale, for our neighbourhoods or cities? Will we also ask for volunteers for militias and distribute patrolling duties, in order to ensure our own security when the state fails? No, we wouldn’t (and we shouldn’t). Instead, we would put pressure on state institutions, because it’s their job to do it. You pay them. It’s your money they are supposed to use to protect you from thugs.

If you think rationally, building a dam is no different. You can buy a water can or even have a well drilled or a tube well installed to help those in need first-hand. But building a dam through charity, unfortunately, is not the way forward. On the contrary, if it’s done this way, it will set a very dangerous precedent for the generations to come. This method gives undue legitimacy to the state’s unwilling approach to solve issues pertaining to corruption. Worse, it allows them to continue wreaking havoc in this country where we, the citizens (read: peasants), are constantly asked to stretch a bit more and keep giving until we have nothing left to give.

Therefore, with all due respect, I can’t do more. Not anymore.