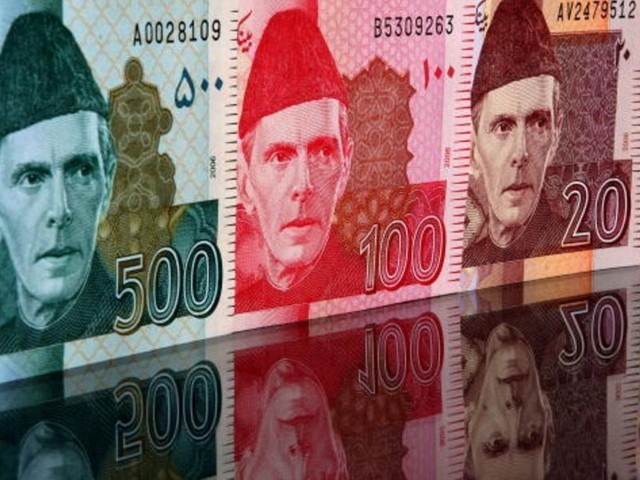 There is a new sense of optimism in Pakistan. Many in the country are looking to the government of Imran Khan to reform the way the country works and put it back on the track of development and prosperity.

The new government has signalled a willingness to think outside the box. This means trying to do what has not been done before. It means going against vested interests, the ‘rent seekers’ who have used their influence to accumulate power and enormous wealth. And finally, it also means going against established international ‘norms’ of behaviour as defined by the ‘Washington Consensus’.

First thing’s first. The most immediate problem is the ballooning trade deficit, which has reached close to $40 billion on an annual basis. There are two ways to fix a trade deficit. One is to increase exports and the other to reduce imports. The former is a long term project and may take several years to take effect. The latter – reducing imports – can be implemented relatively quickly.

Here’s what needs to happen: All imports of luxury goods must be immediately and completely banned. This would include luxury vehicles. It is unconscionable that a poor, debt ridden country should waste precious foreign exchange on importing luxury vehicles. This one measure would cut $1 billion from our import bill.

Similarly, a brutally honest reassessment of the fast moving consumer goods category (FMCG) is required. What do we really need? What can we do without?

The next priority is external debt, which is currently over $90 billion. Over the next year, Pakistan will need to spend $10 billion in interest and principal repayments. The way to handle this is to impose a moratorium on all debt repayments and a freeze on the accumulation of interest. The doctrine of necessity should be invoked and international lenders reassured that they will get their principal back as circumstances permit. But Pakistan will no longer pay interest on these debts.

Clearly, this is not a remedy for the faint-hearted. All hell will break loose. Pakistan will be labelled a defaulter. Ships and planes may be impounded at foreign ports and airports. Preferred trading status may be withdrawn. Sanctions will be threatened. But in the scheme of things, it is a remedy well worth exploring. It is better to take a chance on reviving our economy rather than commit to a slow certain death under the crushing burden of inequitable and iniquitous international debt.

Limiting imports and suspending debt repayments are short-term measures. But at the same time, the government needs to initiate long-term policies that will allow the economy to grow and thrive.

Of these, rebuilding industry should be a top priority. Over the past few decades, a slow but inexorable process of deindustrialisation has taken place. This explains both our large trade imbalance and the dangerous levels of unemployment, especially amongst young people.

How to rebuild the industry? Start by building a semi-permeable firewall around Pakistan. This will allow only crucial raw materials to enter the country and keep out all, or nearly all manufactured goods. If we want manufactured goods, let’s make them in Pakistan.

This is a strategy that worked for Japan after World War II when whatever industry it had was levelled to the ground. The then Japanese Ministry of International Trade and Industry (MITI) put up exactly such a firewall. The protection the wall allowed giants like Toyota and Mitsubishi and a hoard of other manufacturers to achieve global scale. Even today, foreign car manufacturers complain of limited access to the Japanese market.

Tax bears special mention. Chronic budget deficits are a direct result of a non-functioning tax system. Not even experienced and highly qualified tax advisors fully understand the Byzantine tax regime in Pakistan. The result is that only a million people pay taxes in a nation of 200 million. The way to fix the current tax code is to throw the whole book away and start from ground zero. Simplicity and transparency should be the keywords.

Agriculture and water must be addressed. Growing sugarcane in Pakistan is a crime. This is a crop that has a high water demand and is grown much more efficiently in high rainfall areas. Ideally, sugarcane should be supplanted by higher value crops that are more economical with water. Sugar is much cheaper to import than to produce locally. But the sugar mills are owned by powerful politicians including some who have financed Imran’s rise to power. Will his government find the wherewithal to take away their money machines?

Pakistan’s poor, whether they live in rural or urban areas, suffer from two basic problems. One is that they have no access to clean drinking water; and the second is the absence of sewage disposal systems. Step into an urban slum in any city and the stench of open drains immediately catches your nostrils. Children play in narrow sewage-infested lanes. Residents go about their daily lives in an environment where many would hesitate to even stand for a few minutes. This is no way for people to live in the 21st century. Efficient, practical and low-cost solutions must be found to both issues.

Education needs a major overhaul. Some 25 million children are not in school, as the prime minister aptly noted in his opening address to the nation. This catastrophe must be addressed on a war footing. Technology can provide options that were not available in the past. Experiments run by organisations such as Teach The World Foundation in Pakistan have demonstrated amazing results. Illiterate children were given tablets loaded with learning games in a classroom setting with minimum supervision. Within a period of three to four months, most of them had reached the reading skills of students with four to five years of schooling.

Moreover, our cities are choking with traffic and smoke. Mass transit solutions must be found before traffic comes to a complete halt on roads designed decades ago and the air becomes unbreathable.

And just as we need to find solutions to urban transport, we need to address the issue of intercity transport. Transport economics tells us that the most energy efficient form of overland transport is rail. This applies to both freight and people. In case of people, it becomes even more efficient in large populations such as we have in Pakistan. Common sense suggests that we start to focus our transport investments in building rail lines and related infrastructure. Money that is being thrown at the rapidly fading mirage of China-Pakistan Economic Corridor (CPEC) should now be rerouted to developing the rail system. China should be asked to help with a project that benefits Pakistan.

None of what I’ve mentioned here will be of any use or benefit to the country unless we address population growth. This is the elephant in the room that no one, not even the new prime minister, has addressed. Yet population growth, or rather control of population growth, is the single most important factor that will determine whether Pakistan succeeds or fails as a country.

The issue of population control needs to be on the top of Imran’s list of priorities. And the ultimate test of his mettle will be his ability to put it there and keep it there. This will not be easy in an age when wickedness and stupidity, clad in the respectable garb of religion, walk the streets of Pakistan with confidence and impunity.

Remembering Benazir Bhutto: This is the last chance we have to save our country