Has Imran Khan brought about any ‘tabdeeli’ in K-P? 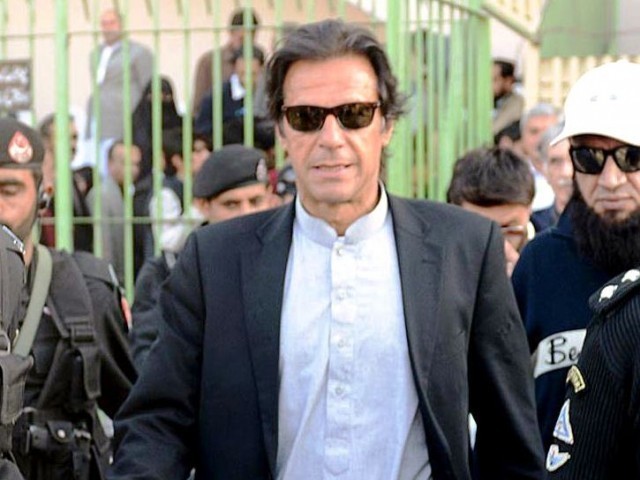 The 2013 general elections were perhaps the most important elections in the history of this country. They brought forward a positive change in political outlook. They were able to mobilise the masses to leave their houses and become an active part of the political process by voting. And they were a lethal blow to the venal aristocratic oligarchy; they brought a party to power that did not stand on aristocracy or family politics – the Pakistan Tehreek-e-Insaf (PTI).

However, cynics now mock the PTI for not living up to the hype it created to bring out a complete metamorphosis or ‘tsunami’ in the system that runs Pakistan. The party blames this lack of change on the widespread corruption prevalent in government institutions. PTI has won a significant amount of seats, with a whole province of their own as well as a few important seats in Karachi – which they won against the ironclad rule of the Muttahida Qaumi Movement (MQM). These feats are definitely noteworthy.

This is the first time that the PTI has come to power. I think the party and its leader can learn a lot from the example of Narendra Modi, the current Indian premier. Before becoming prime minister, Modi progressed and developed Gujarat to such an extent that its people and the rest of India refused to be led by anyone else but him. He managed to make a name for himself and prove his merit. The PTI has a similar opportunity in Khyber Pakhtunkhwa (K-P).

It should be kept in mind, however, that while Modi was given a thriving Gujarat to show his skills as a leader, Imran Khan and PTI is left to work with a volatile K-P that is distraught by civil war. In order to truly understand PTI’s performance in K-P, we need to observe what the party has done so far for its voters.

The K-P government has completely depoliticised its police force and there is no interference in the system by any minister, chief minister or even by Imran Khan himself. There is absolutely zero tolerance policy against corruption. Till date 129 police officials have been terminated and seven demoted on complaints regarding corruption and misuse of power. Earlier, the appointments were made through political interference but now a merit based NTS test is being introduced for recruitment purposes.

The government has also introduced an online FIR system, the first of its kind in Pakistan, through which a person can launch an FIR against anyone without any hazard and the police is bound to respond after verification. So far, 1030 FIRs have been registered through the online system. Nasir Durrani, IG police, is keen to establish model police stations all over K-P. Three police stations in Peshawar have already been converted into model police stations as reported on TV channels.

K-P was once considered to be the most corrupt province, according to Transparency International. Imran had promised before the elections that, if given the chance, he will wipe out corruption and so far, he seems to be on track. He has already removed two of K-P’s ministers on complaints by the public, which is admirable.

The provincial government has also changed the ‘patwari’ system. Fareeha Idrees, a TV anchor, has admitted in live show that she installed two secret cameras to see if a patwari (village accountant) will take any bribe but surprisingly no one took it due to fear of strict action.

Twenty five new bills have been passed by the K-P assembly till date. The Right to Information Bill has been updated by the PTI which is a huge step towards forcing transparency in governance system.  It gives the people of K-P the right to access all the information online. Right to Services Act is another of its kind through which citizens have the right to ask questions about any public matter and government will be bound to answer that question in a prescribed time. The citizen can also file a complaint against officials who do not comply with the prescribed time-period.

Medicine and treatment is now free in all government hospitals of K-P and the government has also launched a campaign called “Sehat Ka Insaf” that aims to fight against polio. So far, 1.3 million children have been immunised as part of this campaign. The World Health Organisation (WHO) delegation, which met Imran, congratulated him on a successful anti-polio drive because a recent report showed that no case of polio have been seen in K-P after the campaign – that in itself is a big achievement for the party.

PTI has shown its plans to bring a fundamental change in education as well. The government has recruited 8000 teachers and recruitment of further 6000 teachers is still in process – all of whom will also be appointed by the NTS. Plans of a mammoth project of an education city are under way where the people can choose from a variety of professions and fields. Independent monitoring systems have been introduced to ensure attendance of both teachers and students. It will monitor around 28000 schools in the province. The project was launched on April 16, 2014. For me, this is much more important than bus networks and motorways that the federal government seem to be so passionate about.

‘Tameer-e-School’ project, another campaign, was started by the PTI government to raise funds for K-P schools that are in truly deplorable conditions and details of missing facilities in the schools are given online. Donors can choose to fund a particular school and have the right to check if their funds are being used at the right place.

After declaring an ‘education emergency’ in the province, an enrolment campaign was launched by Imran called ‘Parho aur Zindagi Badlo’ (study and change lives). Approximately 0.3 million children have been enrolled in schools, as part of this project, to help secure a brighter future for the people of K-P. To encourage female education, the provincial government has decided to pay a monthly stipend of Rs200 to every school-going girl, to encourage parents to educate their daughters. This will help increase the female literacy rate in the province. A uniform education system has been introduced in academic sessions, which started this year in April, while books are being published and distributed for all grade one students and soon for the rest of the grades as well.

The PTI is working for its people; there should be little doubt about that. The biggest challenge the K-P government faces is that of security. Imran should use his think tanks to work towards making K-P a safer province. If he continues with the level of progress made in the province, he has the potential to become Pakistan’s Modi and win everyone’s heart.

But this can only happen if he plays his cards right and so far, he has all the right cards in his hand.

A student of Law at BPP Manchester. An aspiring Barrister & Politician. Tweets at @Aimalkhankakar (twitter.com/Aimalkhankakar)

The Aam Admi Party: An Indian version of Pakistan Tehreek-e-Insaf?