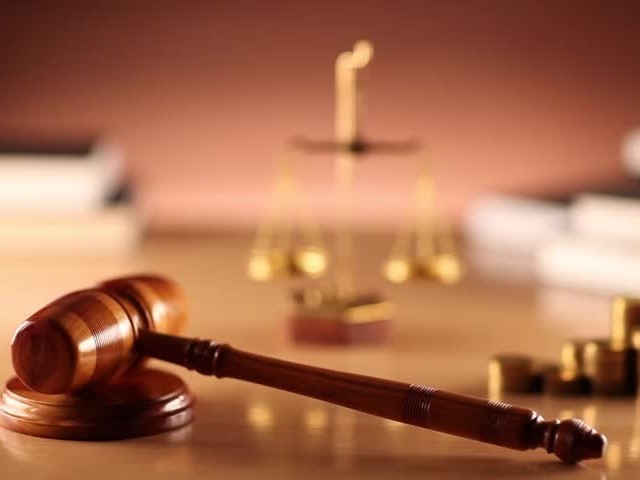 Under Article 184(3) of the Constitution, not only is the Supreme Court possessed with the power to take a suo motu action but it must, as a matter of duty, exercise jurisdiction over this case. PHOTO: SHUTTERSTOCK

The concept of justice is the bedrock of Islam and the Constitution of the Islamic Republic of Pakistan. In this regard, the recent suo motu actions taken by the Chief Justice of Pakistan (CJP), Mian Saqib Nisar, should be greatly applauded for the simple reason that he stood up for justice.

The power to take suo motu action stems from Article 184(3) of the Constitution regarding original jurisdiction of the Supreme Court which states as follows:

“Without prejudice to the provisions of Article 199, the Supreme Court shall, if it considers that a question of public importance with reference to the enforcement of any of the Fundamental Rights conferred by Chapter I of Part II is involved have the power to make an order of the nature mentioned in the said Article.”

The question often debated is whether suo motu action is the only way for Pakistan to get justice? The answer to that is clearly a no. However, this is not the right question to be framed in a day and age where the government and the executive have failed to hold people accountable for flagrant breaches of law on numerous occasions. Thus, the right question then is whether taking an action under the suo motu powers given to the Supreme Court one of the most important ways to uphold justice? Viewed in this perspective, the actions taken by the CJP are perfectly legitimate and are indeed necessary.

(i) be of public importance and,

(ii) that it pertains to the enforcement of fundamental rights.

The determination on both these counts is to be made by the Supreme Court itself, keeping the facts of the case in mind. In the same judgment, it was also stated that a review of the precedents which enunciate the scope of Article 184(3) makes it clear that “overt expression of public interest” or “street demonstrations and vigorous media debate” have not been considered necessary factors for the exercise of jurisdiction over a case under Article 184(3).

Some of the notable and recent suo motu actions taken by the CJP are on rape and murder of Asma and Zainab, and against former Malir SSP Rao Anwar. Suo motus have also been taken regarding the condition of government hospitals in Karachi, traffic blockades on public roads across the country due to VVIP movement, and conditions of Lahore’s government hospitals. It should be noticed that the one thing common in all these cases is that all of them involved a question of public importance, thus they cannot be considered as frivolous or beyond the powers given to the apex court.

Moreover, in cases like Asma, Zainab and Anwar, there were already several similar incidents that had taken place and were reported to the authorities. However, the victims and their families remained deprived of justice, leaving it to the Supreme Court to take matters into its own hands. Pakistan has and still faces many cases of police negligence, which ultimately leads to people losing faith in our justice system. Suo motu then becomes crucial to restore their confidence in the judiciary.

An argument against the CJP has been that by taking such actions, he has stepped in the zone of the executive and has endangered the rule of law. This is a completely flawed argument, as numerous cases, including the ones mentioned above, establish that executive action taken by the various administrative and executive functionaries of the state can be called in question, inter alia, under Articles 199 and 184(3) of the Constitution. Such executive action may additionally be subject to parliamentary review and oversight in our parliamentary system of governance. Legislative action can also be called into question in court, inter alia, on the touchstone that it is violates the Constitution.

The practice of exercising suo motu powers is not only confined to Pakistan but courts in other jurisdictions such as India. The 1995 Indian Supreme Court’s judgment of Shri Bodhisattwa Gautam versus Miss Subhra Chakraborty recognised the suo motu powers of Supreme Court and stated as follows:

“For the exercise of this jurisdiction, it is not necessary that the person who is the victim of violation of his fundamental right should personally approach the Court as the Court can itself take cognisance of the matter and proceed suo motu or on a petition of any public spirited individual.”

In an era where incidents of corruption and fraud have taken an unprecedented rise while the public is left at the mercy of the higher authorities to take action, the CJP’s role has been exemplary. He must continue to exercise suo motu powers provided that the decisions on such actions are taken swiftly and thoroughly.

Lastly, under Article 184(3) of the Constitution, not only is the Supreme Court possessed with the power to take a suo motu action but it must, as a matter of duty, exercise jurisdiction over this case. Having said that, each organ of the state, be it the judiciary, the executive or the legislature, should ensure it operates under constitutional constraints and performs its role efficiently. It is only after a collective and harmonised effort by each of them that justice can be upheld in its purest form.