Re-wear that jeans and stay away from those burgers – Saving Pakistan’s water is on you now! 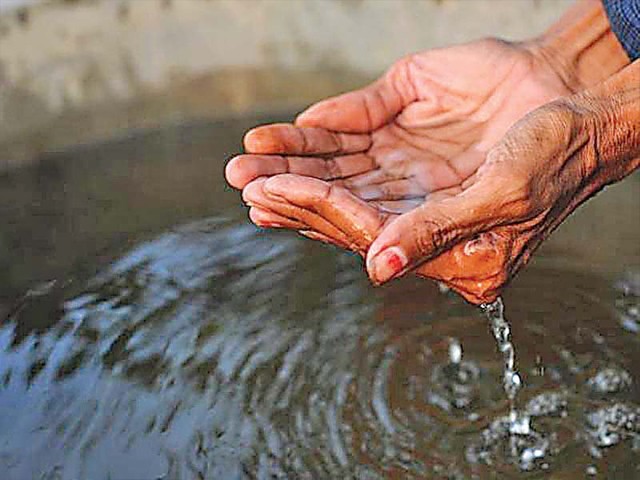 A common man’s view is that water cannot run out due to the natural cycle. PHOTO: FILE

The last few days have been odd! As someone who has always been shown the “who cares, loser?” face when I tell them about my work as a water economist, I have lately been asked a lot about the water situation in Pakistan, as well as the possible solutions for it.

(Are we really running out of water?)

(Why is India taking our water?)

The water crisis in Pakistan is indeed real, and the debate is much larger than the currently trending #DamOrDie or the forwarded messages regarding planting trees. A common man’s view is that water cannot run out due to the natural water cycle. We are always taught about our five rivers, the glaciers and seas in school. But the truth is that the demand for water, directly and indirectly, is much greater now than it was previously. However, on the supply side, climate change has worsened the situation further, with unpredictable hydrological patterns, rising temperatures, increasing sea levels and much more leading to floods in some areas and droughts in others. Worsening water scarcity is already impacting us in multiple ways, from political instability and health conditions to impeding our economic growth.

So for now, here’s a short (hopefully there is more to come) but effective guide to saving water; basic things that you might have not thought of before.

1. Go easy on those beef burgers

Imagine closing the tap while brushing your teeth for 10 years! Well that’s equivalent to the amount of water that can be alternatively saved from eating one less beef burger.

In fact, the water footprint of all meat products is higher than fruits and vegetables. Considering our biryani-crazy nation, I know the former sentence would have made many of you go ‘meh’!

Meat products have a higher water footprint because of their longer supply chain; the water animals drink, are given a bath with, the gallons that go in growing their crop food, and much more.

PS: Don’t hate me guys if you were planning to avail those burger deals for iftar.

A growing number of verified reports are showing that bottled water is not significantly better than boiled tap water. Don’t fall in the trap of water packaged in ‘blue transparent bottles’, which are used to implicitly condition the mind of users about so-called purity. I can bet many of you don’t know that the amount of water that goes in the plastic packaging of one bottle is three times more than the water the bottle actually contains.

Bottled water companies don’t really pay for the water they sell. Imagine what a lucrative business, where demand is high and one doesn’t need to pay for its major input. In fact, groundwater levels in Sheikhupura have reached an all-time low, much courtesy of a foreign bottled water company’s plant there.

It’s time we all write to our elected representatives to make these companies adopt sustainable business practices. I appreciate their commitment to Edhi homes, but even Edhi homes will need water first when the country runs dry.

Haven’t we had enough of religious clerics linking earthquakes and transgender kids to girls wearing jeans?

But there’s something ‘real’ that we all should know about jeans. The amount of water that goes in a pair of jeans is roughly 10,800 litres. That’s equal to 43,200 glasses of water! 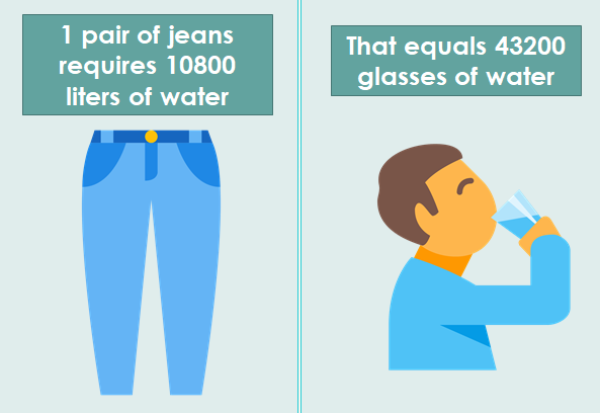 Also, I know this might sound gross to some, but even the head of Levi’s admits that washing jeans deteriorates them. So stick to fewer pair of jeans and wash them less frequently too!

The impact of rising water scarcity has largely fallen on women, primarily from the rural areas. Many have to walk up to four kilometres to collect water for their families. Consequently, their personal safety and health has long been a target of vulnerability as well.

Women participation in water policy and management has shown improved access for the whole community, because they are the ones who are most directly involved with water decisions and their impact. A study in Hoto, Balochistan in 1994 documented how rural females gave more cost-effective solutions than men.

Involving women in water management has proved rewarding globally, leading to the utilisation of untapped potential of females and socio-economic gains to whole community. In the mid-90s, Women in Water Initiative (WiWi) was launched by the Punjab government and the Asian Development Bank in three towns named Rehmatabad, Yazman, and Ather.

Female leaders were created for solving water issues. WiWi had created female leaders and documented their best practices in water management and community development initiatives. After a period of six years, all three areas saw an improvement in socio-economic indicators, including higher school enrolment rates and a reduction in the reported cases of water-borne diseases.

Imagine what benefits this can bring to Pakistan with females making half of our population!

5. Save water straight from the kitchen sink!

In between clean water and wastewater is grey water, used in our kitchens and washing machines. Grey water can be used in irrigation. Not only will this conserve water but also save on the costs of waste water treatments and decrease your water bills.

It’s simple. Divert your kitchen water directly from under the sink to your plants.

Also, wait for the water you boiled for pasta and vegetables to cool down and transfer it to you plants instead of letting it down the drain.

In short, please realise that while we use water directly when drinking or washing, our indirect water consumption is much more through everything we eat or use. With extreme water shortages now emerging all across the country, this is the time to start conserving some water!

The author is a water economist from LUMS, but she can talk about fries, postcards and stationary too.