Reclaiming public space: Can it be a (wo)man’s world, too? 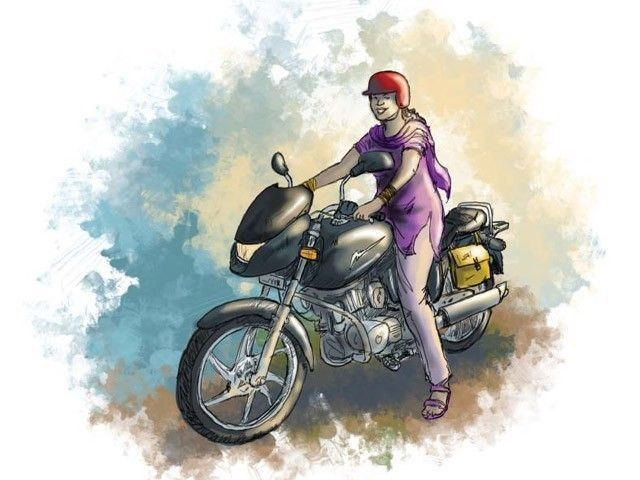 The idea that women should not go out unaccompanied isn’t commanded by God but is an age-old custom imposed by men. ILLUSTRATION: S.JAMAL.K

It was a Saturday night when it rained cats and dogs in Lahore. Cool breeze finally taking over the scorching heat made for an excuse to go out and enjoy to the fullest. With such a spectacular change in weather, it was compulsory for my husband and I to drive out into the city around midnight and be amused by the pleasant ambience.

Even at that hour, roads were full of traffic. Trees were swirling in the gusty wind. Eateries along the road were jam-packed with people; after all, Lahoris are known to enjoy food like none other. Boys in groups could be seen driving around, hanging out on the roads, waiting in queues at petrol pumps and what not. When our car entered H Block, which is a widely popular place in Defence known for its many restaurants, I was taken aback when I noticed there weren’t any women to be found nearby.

After a long hot day, the weather was finally beautiful and I though everyone would be enjoying the pleasant atmosphere. However, after seeing no women on the roads, I started rethinking the entire ongoing debate on gender equality. While some may disagree with me and term this as personal choice or blame it on the late hour, it was extremely sad to see boys hanging out in groups whilst girls were missing from the picture. I would have loved to see girls hooting in merriment, their hair swaying in the wind while they waited for their food to arrive. After all, who does not want to go out with their family or friends when the weather demands it?

However, I was reminded of the bitter truth once again when my husband stopped me from stepping out of the car, while he stood outside with our infant cuddled up in his arms waiting for food. I was confined to the car because it was more appropriate for women to sit inside than roam around amidst a male crowd. This was the point when I realised that even when girls are out with their families, they have to follow certain ‘rules’ because of men on the road. Now imagine how restricted they would be when they are driving alone, trying to reclaim public space.

When I read about the Women on Wheels initiative, I was excited at the thought of women now riding bikes out on the road and how this would soon turn into common practice. I imagined the dupattas and shirts fluttering as women made their way through the traffic.

But let’s be honest, with the type of mentality and behaviour on the roads, is it even safe for a girl to be free and herself out there? While sexual harassment and inappropriate behaviour is commonly expected from the illiterate of the society, the so-called educated clan is no better. They click pictures of women riding bikes and simply smirk on the mere mention of women empowerment. In such a society, how will women ever be free?

That day, my qualms turned true when out of the blue I finally saw a girl driving a car. She stopped just beside our car and I could tell that she was between 25 to 30 years of age and was accompanied by three other women. It was relieving to see this and in my head I was finally at ease that the situation perhaps is not as bad.

But as my hopes started to build up, they were immediately shattered when I saw how those girls were stared at, cat-called, and then chased after the moment they stepped out of the car. These harassers weren’t shopkeepers or rickshaw drivers; they were well-off grown men in luxurious cars. As my husband returned with the food, my fury took the better of me and I asked him to intervene. He reminded me that it was not our matter and that it was too late for girls to step out alone anyway.

This was a low point and is exactly where the problem lies.

If only men were brought up in a way that they acknowledged equality of both genders and were taught that it isn’t religion that imposes restrictions on women, it’s the society. The idea that women should not go out unaccompanied isn’t commanded by God but is an age-old custom imposed by men. The simple notion that women can own public spaces as much as men do should not be such a big deal. We should teach our boys that their mothers doing house cores, their sisters cooking or other women covering themselves up is all about personal choice and it is perfectly alright if other women choose to do things differently. If a woman wants to hang out with her friends or even alone at night, her personal choice should be respected. The least we can do is make our women feel safe and secure in their own country.

All in all, I have to admit with a heavy heart that it is a long and tenuous road for women to actually reach a point where they are equal to men. Whether it is the #MeToo movement or any other women empowerment initiative, we still have to wait. This is a fight of the mindset and it might take years before we win. Nevertheless, we must not lose hope. Handing women the keys to bikes will not solve the problem. We have to do much more and teach our boys to respect women so that they do not make roads unsafe for them. Our girls should be free to enjoy the rain just like our boys are; it is only fair.

The author has a degree in Business Management, and has worked for multiple Pakistan-based firms. She is a habitual reader, and likes to voice her concern over international and national affairs.