Twenty things I love about Lahore 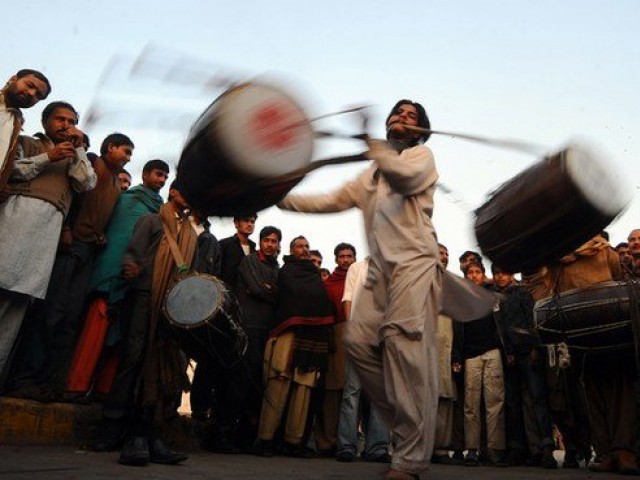 The dholaks, and the dance ─ sufism seeps pure and chaste through the city. PHOTO: AFP

Lahore and I have always had a complicated relationship. The city can plunge me deep into an abyss of depression at will, yet it’s the sole antidote to depression I know of. It reminds me of various people, family members and others, who passed away; yet it’s a place that still makes me want to live. I would choose Lahore over any other city of Pakistan if given the choice.

So it’s only after 20 years of my acquaintance with Lahore, countless memories, ample experiences and an article in The Express Tribune Magazine entitled ’10 things I hate about Lahore’ (which was widely misinterpreted and earned me some considerable bashing) that I thought about writing on the 20 things that I love about the city of sin and splendour.

1. How Lahoris forgive and forget. Though belligerence seems to be the natural order of the day in Lahore, the news doesn’t end right there. In the first half of a second, you see two men dash and break each other’s teeth. In the next half of the same second, you see them going to the dentist together.

2. The shrine of Mian Mir Madho Lal Hussain, Data Darbar, the langar, the divine verses, the dholaks, and the dance ─ sufism seeps pure and chaste through the city.

3. Driving through the canal road. There are few things as joyous as passing through the underpasses besides the melodious canal, especially in the summers, when the canal plays host to a number of heat-struck kids!

4. Food. Ah, the food is the best, but since the culinary aspect of Lahore has been written about to death, skip to the next one! (However, this isn’t to say that checking out the new food street shouldn’t be aim of your life from this moment on!)

5. The rapidly increasing fly-overs and modern structures. I’m ready to forgive the massive amount of hapless trouble the Kalma Chowk fly-over recently gave me. Environmentalists may hate me for this, but I do have a thing for concrete.

7. Lahore never sleeps and it is downright aversive to the idea of keeping mum. It remains abuzz with activity even in the unwonted of all hours. When all else is calm, the rickshaws come to play, or the blaring vocals of Naseebo Lal!

8. Amidst the elegant harmony between Badshahi masjid, Gurdwara Dera Sahib and Krishna Mandir, Lahore remains devout to its faith. Most of the times, religion tends to remain in the city what it’s intended to be: an ideology rather than an accessory.

10. Of how Lahore is a sensitive place ─ there is so much feeling to the city. Everything in Lahore has a story to tell. Since I’m much of a loser at poetic expressions, can I please get away by just saying that the city itself lives?

12. The splendor. Thanks to the Mughals (and, err, to the British, too), past blends flawlessly with the present in Lahore and gives rise to an aura peculiar to the city. A special salute to Noor Jehan for giving us her husband Jehangir’s tomb, which tops the list of my favourite Mughal structures! They don’t really say ‘Lahore, Lahore hai’ for nothing!

14. I especially adore how welcoming and hospitable the city is. Despite the barbarous invasions throughout its timeline, Lahore isn’t the least bit sceptical or cynical. In fact, it has been irrationally abused too much by all the separatists, that it rightfully doesn’t seem to care anymore. When others refused to bow and went for arms, Lahore surrendered, not because it was weak, but since it was ready to evolve.

15. That market near that road I do not remember exactly, but it has a note-worthy collection of impressive pets ─ cats, dogs and birds. Lame? Sorry! (But they even sell African Grey Parrots and Japanese Spitz(es)!)

16. Lahore is an absolute delight for shoppers. There’s an infinite list of options to choose from; Fortress, Anarkali, Gulberg, Liberty, Sunday Bazaar (and even Landa Bazaar).

17. The parks. In the mood for jogging, or just enjoying the serene nature in intimacy? Lahore won’t disappoint you.

18. The festivities! Lahore calls for celebrations galore at the slightest hint of a chance. It doesn’t just make merry; it has to do it. Had all cities been the same, just think about the numerous holidays we’d be having!

19. Because it’s a (ignoring certain aspects) classy example of how a city should be. It has even braced itself to get Pakistan’s first metro rail transit system. It’s just that no one really knows if/how the project turns up – but we won’t go there.