Is Black Panther’s ‘Killmonger’ the greatest supervillain yet? 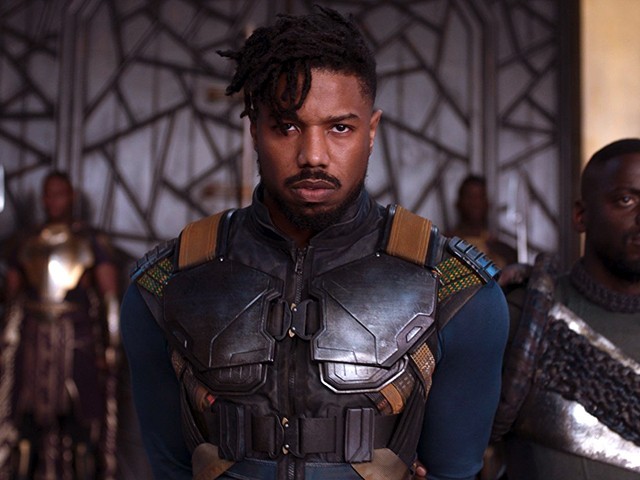 Marvel villains have been subpar at best, until Killmonger, who makes us question the integrity of our actual hero. PHOTO: MARVEL

The Marvel Cinematic Universe (MCU) has been a roaring success since its inception in 2008. Superheroes brought by Marvel to the big screen, from Iron Man to Thor to Captain America, have all become a major hit with both audiences and critics alike.

However, even though Marvel movies have always been well-received and have shattered box office records time and again, these superhero flicks have somewhat lacked in the antagonist department. Yes, you read that right! Marvel villains are, at best, subpar, barring a few exceptions.

If you’re asked to name a few Marvel villains, what are the names that will pop up?

Perhaps even the Vulture?

That’s it I suppose.

For a superhero franchise with over 17 blockbuster films since 2008, Marvel sure has a huge deficit in the super villain department. Compare this to DC, where the Joker will go down as perhaps the best and most complicated villain created in the superhero genre.

Black Panther’s release, though, has changed Marvel’s trajectory. Finally, fans get to see a villain unlike the rest; one who stands out not only in Marvel, but in the entire genre.

Erik “Killmonger” Stevens (Michael B Jordan) is not your usual, one-dimensional “bad” guy; he is much more than that. Killmonger is not a man gone insane, or simply a long lost relative seeking revenge, or even someone who lusts for power just for the sake of it. His intentions are well justified, and some might argue, can even be considered noble. More importantly, he is probably the only villain in cinematic history who makes us question the integrity of our actual hero, T’Challa (Chadwick Boseman). 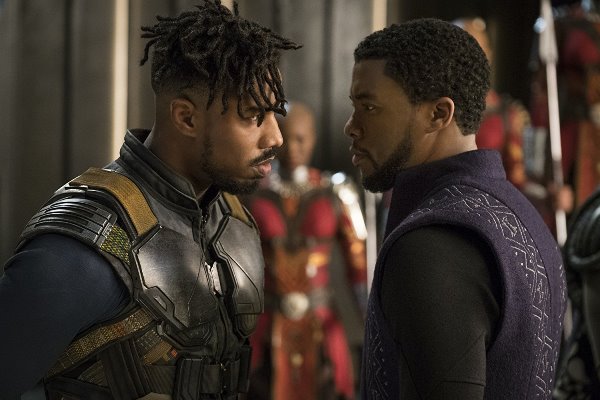 T’Challa is born into the royal family of Wakanda, and is thus not only the heir to the throne, but also the role of the Black Panther. As Wakanda is a vibranium enriched, technologically advanced land masquerading as a third world country, T’Challa’s life has been spent preparing to one day take up the mantle of the leader and continue to protect Wakanda’s truth from the world.

Killmonger, on the other hand, was only a child when he found his father’s body after he was murdered by T’Challa’s father, who also happens to be Killmonger’s uncle. He was left to grow up fatherless in America, where racism is the norm and black people are left with few opportunities in life other than crime. While T’Challa may come off as a brat at times due to his privilege, Killmonger is a forgotten son who had a right to lead the same life as T’Challa; a right taken away from him in his childhood. 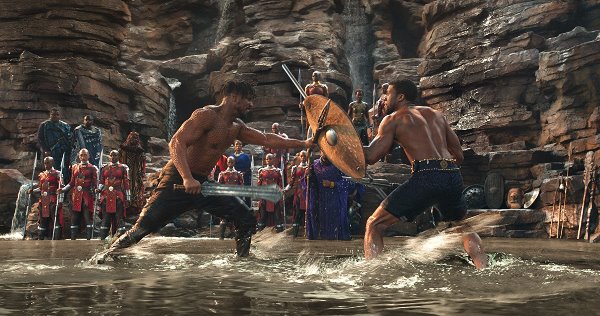 The other factor making Killmonger such a compelling villain is his desire to help his own people, even though his methods can at best be described as twisted. It is often said that every villain is a hero in his own eyes, and this saying couldn’t be truer when it comes to Killmonger. Based on the traumas he’s been subjected to in the community he has grown up, he wants to use Wakanda’s vibranium to empower black people across the world, and ironically, a man of African nobility is what stands in his way. Given the context the film provides, one the audience in the real world is familiar with, his plan does not seem unreasonable to many. 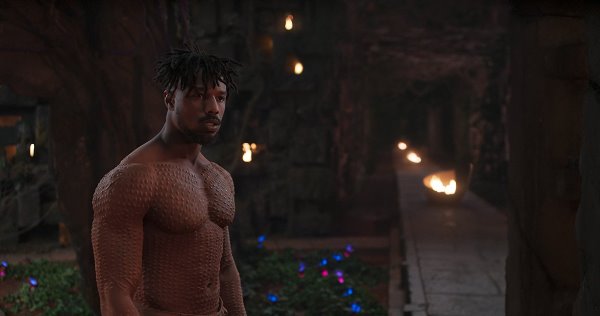 Thus, Black Panther could have easily been titled “Killmonger”, and T’Challa could have easily been the villain. This plays in the movie’s favour and adds to its complexity, as there is nothing but a thin line separating Killmonger and T’Challa’s moral values. The director treats the villain in the exact same light as he treats the hero, which is why even the audience has a hard time deciding which side they are on. Despite this being Black Panther’s film, you can’t help but feel sympathetic for the young boy. In fact, Killmonger is such a compelling character that just after the movie’s release, #KillmongerWasRight started trending on Twitter. After all, who could help but cry as Killmonger refused to accept being treated as a prisoner, and instead chose to end his life with the memorable words,

“Bury me in the ocean, with my ancestors that jumped from the ships, because they knew death was better than bondage.”

Black panther is the wishful thinking of reality. Killmonger is the reality of the world. To bad there are no real Tachallas in reality #KillmongerWasRight

Saw #BlackPanther a second time and I can conclude that yes #KillmongerWasRight and #killmongerdidnothingwrong. pic.twitter.com/i82jFyeTcm

He may have died, but the intricacy of the character, along with Black Panther’s extraordinary success, has ensured Killmonger will live forever. He is by far the best villain in the entire MCU, and while this is a good thing, it poses a challenge for another Marvel tent pole, Avengers: Infinity War.

The upcoming film will introduce Thanos, the super villain Marvel has been teasing since the very beginning of the MCU. Although Thanos has been introduced in previous films via small cameos, these appearances haven’t really given us much insight into his character. Marvel has spent 10 years building the debut of their mega baddie, which says a lot about how badly their executives want to get Thanos’ live action iteration right. In fact, their creative team has been in such an overdrive regarding the villain, they have changed his skin colour multiple times since 2012, making the supervillain seem more like a chameleon. Perhaps they do this to make his villainy more complicated, but instead, it only makes him forgettable, as each time you see Thanos, you doubtfully wonder if you’ve ever seen him before. He was pink, then purple, and now he’s pink again. Why can’t they just stick with a colour? 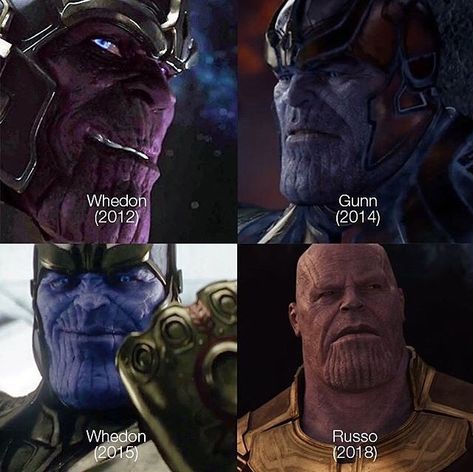 I would also like to point out that Avengers: Infinity War is going to be one crowded movie, with every superhero in the MCU making an appearance. With such a huge cast, I don’t think the Russo brothers will be able to give Thanos enough screen time to develop his character’s arc, which ultimately will create a villain similar to Ultron – another antagonist going around causing destruction without really explaining why. If all we know about Thanos in the film is that he, driven by nihilistic motives, wants to collect all the infinity stones and is interested in dominating the entire galaxy, he sounds exactly like a typical Marvel villain – a power hungry narcissist who dwells on chaos.

Will the audience be able to connect with such a bland character, after witnessing the glory of Killmonger? 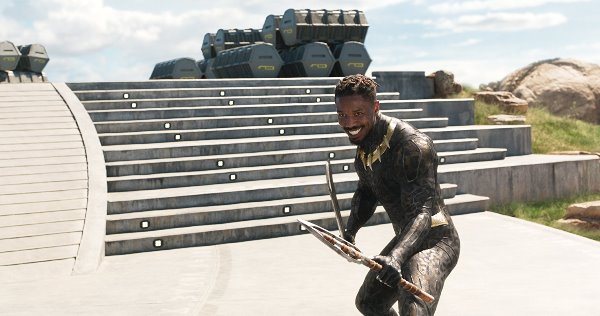 Before Black Panther debuted, fans were eagerly anticipating the king of all villains to arrive in Infinity War and challenge our faves. However, the phenomenon created by Black Panther ensures that the MCU will be looked at through the pre-Black Panther and post-Black Panther era from now onwards. The excitement of Thanos is dwindling in light of the multidimensionality of Killmonger, who has taken the crown for the best Marvel villain thus far.

The bar is set pretty high – will Thanos be able to steal the crown from Killmonger, or will he forever remain under the Wakandan villain’s long shadow?