Iron man 3: Suit up for a grand spectacle 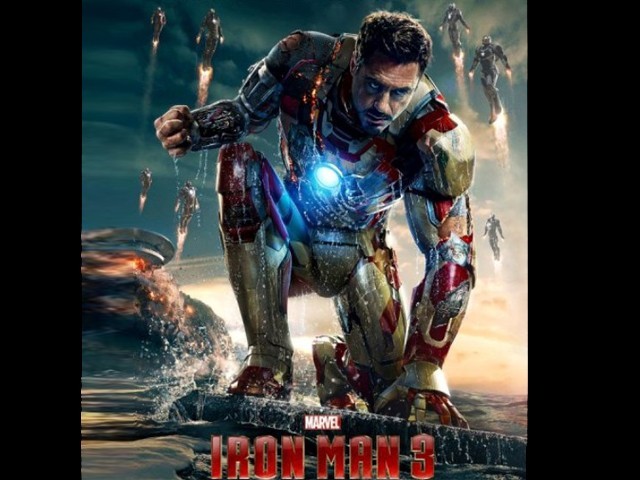 In Iron Man 3, Robert Downey, Jr. fits the bill and then some. PHOTO: https://www.facebook.com/ironman

Marvel Studios’ decision to hand Iron Man 3’s throttle to a second time director seemed risky at best, but thankfully Robert Downey, Jr (Tony Stark) and Director Shane Black (Kiss Kiss Bang Bang) have turned out to be as perfect a fit as Tony Stark and his powered suit of destructive armor.

The often hilarious Iron Man 3’s strengths match the strengths of its director and lead actor. Shane Black, an experienced screenwriter who wrote the first two Lethal Weapon films, excels at writing droll action/comedies with clever pop references that feature a moody and restless hero in need of some character growth.

In Iron Man 3, Robert Downey, Jr fits the bill and then some. Perhaps drawing on his own well documented struggle with substance abuse, he plays an edgy Tony Stark, suffering from anxiety attacks after struggling to cope with his near death experience in the New York alien invasion during the Avengers film.

This movie asks us who Tony Stark is without the Iron Man armor. Stark is struggling with his own humanity, considering that his Avengers team is led by a super-soldier, a thunder god, and a giant god-busting green monster. To satisfy his anxiety driven need to be less vulnerable, Stark grows obsessed with his suits, a fact that doesn’t sit well with his girlfriend, Pepper Potts (Gwyneth Paltrow). Stark’s attention is diverted after the super villain Mandarin (Ben Kingsley/ Guy Pearce) begins launching terror attacks against American targets and issuing propaganda videos. In response, Stark issues a challenge, even providing the details of his home address. At this point we observe the methodical manner of the entire Mandarin terror campaign, with Mandarin’s public persona hitting all the right boxes in the DIY terrorist leader checklist; a possible commentary by Shane Black on the ‘war on terror’.

Soon the cracks in the armor begin to match the cracks in the man, with Stark unable to shake his anxiety problems. Here, both cracks are given aid by Harley (Ty Simpkins), a technically savvy ten year old boy who exchanges some extremely amusing one-liners with Tony Stark. In typical Shane Black style, the bonding between the two takes place through some amusingly transparent attempts by Harley into emotionally manipulating his favorite superhero.

Eventually Stark begins solving the mystery of Extremis, a powerful experimental treatment used by Mandarin’s forces, which make its users volatile both mentally and physically, granting them some fiery abilities.

Iron Man 3 is superbly acted, with the best performance coming from Gandhi himself; Ben Kingsley (Sexy Beast) certainly knows how to deliver a sidesplittingly funny performance as a parody of a struggling member of his own craft.

Speaking of Mandarin, purists may feel miffed over the portrayal of Iron Man’s chief arch nemesis in Iron Man 3. In the comic books, Mandarin is a highly intelligent Chinese supervillain who is skilled with deadly martial arts, and is armed with powerful alien rings. In Iron Man 3, he is nothing like his character. To explain the significance of this, it would be like The Joker appearing in a Batman film as a humorous mime artist with some harmless anger management issues.

That being said, Iron Man 3 is a very well written and highly entertaining film, that definitely betters its largely forgettable predecessor. Interestingly enough, Robert Downey, Jr spends a reduced amount of time in the film donning the Iron Man suit, but we don’t mind. Suit or not, Iron Man 3 proves that Tony Stark is Iron Man.