Avengers: Age of Ultron – The epitome of a superhero movie 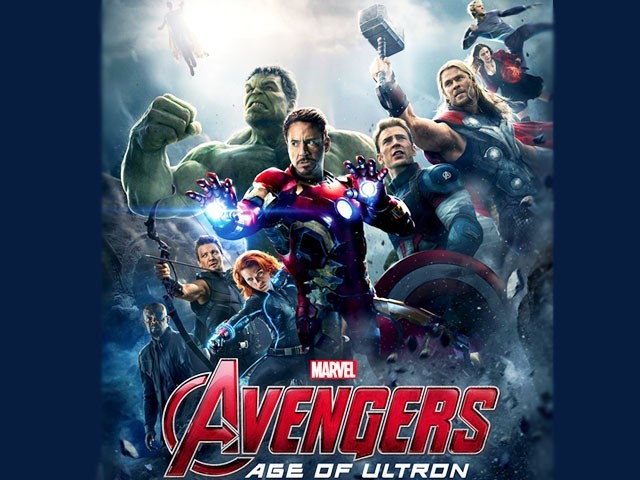 The Avengers’ franchise is here to stay and surprise its fans with great twists and subplots.

After the events that unfolded in New York in The Avengers prequel, the superhero club – including Iron Man, Hulk, Black Widow, Captain America, Thor, and Hawkeye – regroups itself and these heroes combine their forces to battle another formidable foe in Avengers: The Age of Ultron.

The much anticipated sequel has all the factors of a fantastic superhero movie. However, there are also the signs of how the Marvel Universe is attempting to blend and crossover characters from its different realms.

The movie begins with the Avengers fighting to take hold of Loki’s sceptre from another villain, Wolfgang von Strucker, who plans to use it against the world we know. It is always a delight to watch fight sequels during the initial scenes of a movie. However, this time around, the scenes were directed in a way to reconnect the viewers back to 2012, when Loki’s sceptre was doing enough damage.

Did this strategy work? Were the Avengers able to get hold of the sceptre?

You would need to watch the movie to find out.

As the name of the movie suggests, the story revolves around an innovative defence mechanism created by Tony Stark, Ultron, which evolves rather too quickly.

This review will not dwell on that. However, for sake of understanding the plot, it needs to be mentioned that, in the movie, Ultron turns against its creator and vows to kill all humans, beginning from the Avengers.

Age of Ultron highlights the many angles of storytelling. Viewing Age of Ultron as a standalone movie cannot give you complete satisfaction unless you are not aware of the events that transpired in the prequel. What is evident from the movie’s post credit scenes is that The Avengers franchise is here to stay and surprise its fans with greater twists and subplots.

The choreography and fight scenes do justice to the movie as director and writer, Joss Whedon, brings his usual action-packed moments to the big screen. Certain flashback scenes appear where each Avenger ponders over his/her past and accepts the fear they have in their heart.

The viewer’s need to understand that this internal crisis is the very reason The Avengers franchise will stay alive because in the future, a standalone movie featuring every Avenger character may be released showcasing them battling their inner demons.

Age of Ultron has paved way for future sequels of The Avengers/Marvel Universe since most of the story is based on every hero’s personal issues, how they were affected by Ultron and their individual determination to save the world. Any single angle amongst the various angles can be used to create a sequel, probably a prequel, or a spin-off franchise.

During the movie, some characters’ dialogues and actions seem out of context. However, watching the movie with an open mind will reveal that this refers to the future sequels; perhaps to Captain America: Civil War and The Avengers: Infinity Wars, which are scheduled for release in 2016 and 2018 respectively.

Unfortunately, in order for the characters to establish concepts and theories to be part of the upcoming franchises, the movie somewhat takes away the essence from itself. Instead of focusing on the present, with the Avengers fighting Ultron, the movie directors seem more focused on paving a path to connect the present moment with the future – instead of showing the present scenes with all their charm.

Those who are not attuned with the previously released Marvel movies or The Avenger prequel will need time to decipher the reason for some dialogues/scenes. Had Weldon focused specifically on the story of Age of Ultron, the plot might have been much stronger.

However, even though the movie gets a bit confusing at times, Age of Ultron is a great watch. The dialogues fit every character and some of its one-liners will definitely be on your mind as you leave the cinema hall.

However, in a broader context, it seems that Weldon has accomplished two feats with Age of Ultron. Firstly, he has created multiple subplots for the upcoming sequels and secondly, this movie lays the foundation for other Marvel characters in the Marvel Universe to cross over into The Avengers franchise.

The inclusion of the twins, Wanda Maximoff/Scarlet Witch (played by Elizabeth Olsen) and Quicksilver (played by Aaron Taylor-Johnson) are examples of this.

Here is a small spoiler; there are also two more characters from X-Men in this movie. Enough said!

What may appeal to the viewers, while watching Age of Ultron, is the fight between Hulkbuster, an armoured suit driven by Tony Stark, and the Hulk. You must be wondering the reason for their brawl but you will have to watch the movie for that. All I can say is that you would not want to miss it.

However, there is one word of advice for all those who haven’t watched this movie as yet; there is a scene when two of the Avengers will retire from the force, which makes space for three new recruits to join the team.

Apart from that, the movie is an exciting ride with no sad moments.

If you are an Avengers series lover, you will definitely enjoy this movie.