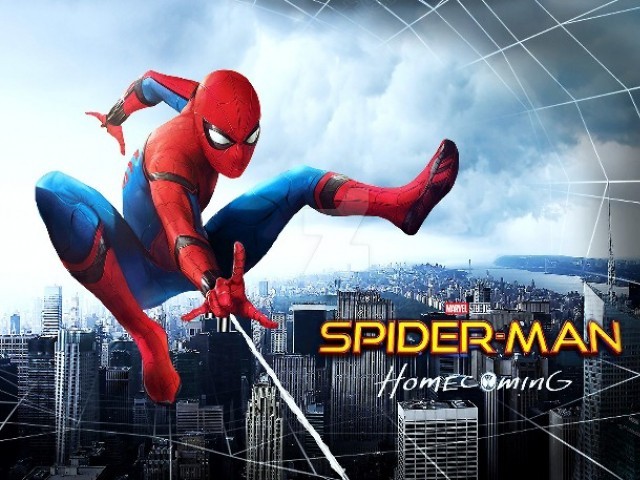 Marvel Comics’ superheroes have been ruling the summer box office for nearly a decade now. What started with the first adventure of Iron Man in 2008 has since turned into the most successful franchise in movie history. The Avengers have become a cinematic behemoth as more superheroes have joined the folds of the mighty collective over the years, and have altogether produced more hits than misses along the way.

The latest adventure in the series takes us on another journey into the world of Spider-Man. A superhero which has already been the subject of two prior series, and is now getting another reboot in the shape of the 16th Marvel Cinematic Universe film, Spider-Man: Homecoming.

The movie finds a young Peter Parker (Tom Holland) yearning for another mission after briefly being involved with the Avengers and then having to return to his normal life. His mentor, Tony Stark (Robert Downey Jr), however, doesn’t think the 15-year-old web-swinger is ready for the big leagues, and wants him to operate as more of a “friendly neighbourhood Spider-Man” while he improves his skills. But instead, Peter starts pursuing a dangerous group of criminals.

The gang is led by Adrian Toomes (Michael Keaton), a salvager whose company was forced out of a contract to clean up a site after Stark’s Department of Damage Control took over the assignment. Still in possession of some of the exotic items they scavenged from the location, Adrian and his men start making and selling advanced weapons that use these alien materials.

Peter’s crime fighting activities get more and more risky as he pursues the gang, leaving him to explore his powers and prove himself to Stark. He does all this while also trying to live the life of an average teenager and hiding his superhero identity from everyone around him.

Spider-Man: Homecoming plays like a coming of age tale in an action-packed superhero setting, and gives us what is perhaps the best portrayal of its titular character. Spider-Man:Homecoming’s version of a teenage Peter hits all the right notes and feels more authentic than the previous incarnations of the superhero.

Holland is very well cast in the lead role, and his character fits seamlessly in the Avengers universe. Keaton’s Adrian is a well-crafted villain as well, and the actor gives a solid performance in the role.

The overall story of Spider-Man:Homecoming, however, is a tad predictable. The film doesn’t really do anything particularly inventive or deliver any significant surprises. Also, not all its characters are equally well written. For instance, Zendaya, who plays Peter’s classmate, doesn’t really have much to do in the movie. One could justify her presence here by surmising her character will have something vital to do in the next outing, but that nonetheless, doesn’t change the fact that she felt completely extraneous in this chapter.

On the whole, Spider-Man: Homecoming is a fun, enjoyable adventure. Even though director Jon Watts was working with a protagonist who has already been the subject of several films in the past, he has still managed to present a very interesting version of the famous character. And while it may not be perfect, the film is still an entertaining instalment of The Avengers series, and recommended viewing for fans of the franchise.