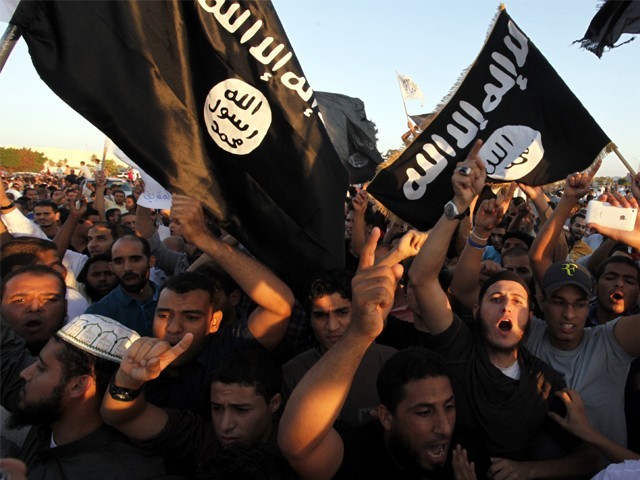 On November 21, 2017, media outlets reported that Iranian President Hassan Rouhani declared the end of the so-called Islamic State (IS). Soon after, Russia’s President Vladimir Putin met with Syria’s Bashar al Assad, and then with Turkey’s Recep Tayyip Erdogan, all three intent on reinforcing their hegemonies.

Regime change in Syria now seems even more unlikely, not to mention justice for the victims of Assad’s war crimes. Erdogan will continue to silence opposition and allocate more resources in his offensive against the Kurds, while Putin strengthens ties with two allies in the Middle East. Thus, even without the IS, the future in the region remains bleak.

Unfortunately, the IS remains, and will continue to present problems. An Al Jazeera graph shows that the IS, as of November 29, 2017, still controls large swaths of territory in eastern Syria. When Rouhani claimed the demise of “a group that did not bring anything for us but evil, misery, destruction, murder and savagery,” he correctly stated that the IS no longer literally controls a “state”. However, as long as the IS has an ideology and followers, the “evil, misery, destruction, murder and savagery” will continue.

What is the IS’s ideology?

A religious supremacy spread by a willingness to murder.

As with pummelling the Taliban after the coalition’s invasion of Afghanistan in 2001, the region will only have ephemeral and illusory peace. Like the second Gulf War, power vacuums do not guarantee stability. IS’s “end” ignores how they have built a presence from Iraq to Libya and beyond. For example, the culprits in the November 24, 2017, attack on the mosque in the Sinai, Egypt have not yet been identified; however, The New York Times reported that “the attackers carried Islamic State flags”.

In the big picture, the most concerning aspect is how the IS has gathered a strong foothold in Central Asia. If you look at Afghanistan, as Massoumeh Torfeh reports, the IS were, “targeting mainly the Shias and the Hazara minority and in parts joining forces with the Taliban thereby changing the dynamics of the war in Afghanistan”.

Pakistan, since 2015, has seen supporters and sympathisers of the IS not only traveling to Syria, but causing domestic misery as well. Their adherents included Naureen Laghari, who was stopped in Lahore before she committed an Easter suicide bombing, or the perpetrators of a gun attack on the Ismaili community in Karachi. Kunwar Khuldune Shahid, writing for The Diplomat, correctly points out the potential for future trouble, as he notes,

“The greatest lifeline for IS might come from the jihadists that form the large chunk of IS Khorasan: the leaderless factions of the Pakistani Taliban.”

So what can we do to diminish the IS (and Boko Haram, the Taliban, al Qaeda, and others)? We must look at how humanity has proven capable of weakening bad ideologies. The communist/capitalist dialectic seen earlier has moderated into a symbiotic relationship – now we have democratic market economies that generate wealth for socialism. Christianity evolved from the IS-like Middle Ages and the Inquisition period into a religion that now coexists with secular and humanist societies.

Enter Pakistan, a country whose culture is facing the spectre of an IS-like ideology. Recently, protests in Faizabad grew violent due to Law Minister Zahid Hamid’s alleged “blasphemy”. As the BBC reports,

“The protesting Islamists, from the hard-line Tehreek-e-Labbaik Ya Rasool Allah Party, want the law minister to be sacked for omitting a reference to the Prophet Muhammad (PBUH) in a new version of the electoral oath.”

If demand for a redaction warrants such protest, what about the over a million atheists, an estimate based on a Gallup poll, that exist in Pakistan? We know how the religious supremacists revere the murderer Mumtaz Qadri. We see what is happening to Aasia Bibi – still in prison. From the murder of Salman Taseer to the lynching of Mashal Khan, humanity suffers. The IS merely needs to recruit from those protesting at Faizabad, or those who worship Qadri, or those who give hate speech-filled sermons in mosques and madrassas.

Can we really say that there is a complete “end” to IS’s ideology as long as people choose to harm others in the name of religion? Fighting ideology may not be as literal as conquering the IS with arms, but as with the Enlightenment, the fight must continue with words and ideas, no matter the cost, if we are to build a more peaceful society for our children’s future.