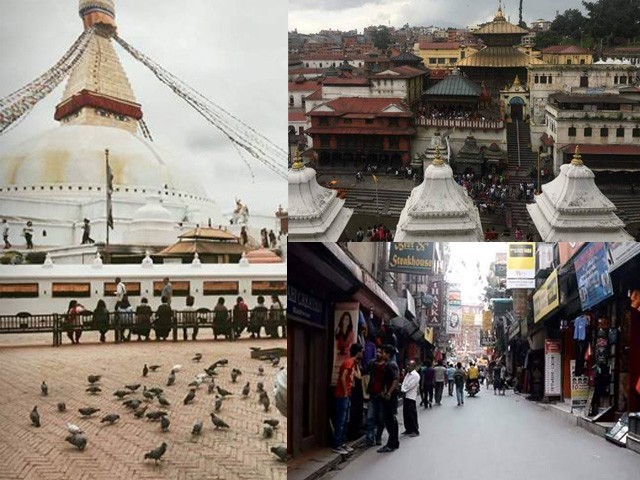 I didn’t know then that this trip to Nepal would leave a lasting imprint on my mind. PHOTO: AWAIS BAKHT

While reading about the countries where one can get visa on arrival, Nepal suddenly caught my attention. Nepal is both affordable and beautiful, which was exactly what I was looking for. A switch went off in my mind and I became ceaselessly preoccupied with my upcoming travel. I didn’t know then that this trip to Nepal would leave a lasting imprint on my mind. The same way I did not know that the spicy topping on my favourite enchiladas, from the best café in Kathmandu, would forever hold my taste buds.

Before I departed, I already secured a confirmation email from the hotel. It took me six hours to land at the Kathmandu airport via Abu Dhabi. I arrived during the night and it was raining heavily. The airport staff were exceedingly cordial and welcoming. On exiting the airport, I found a number of taxi drivers to negotiate with. The rates offered were high and they were in fact exploiting foreigners. The driver took me to Thamel where my hotel was located.

The next morning, I had my breakfast on top of the roof of the hotel, where I was introduced to a vast variety of items like oats, sweet potatoes, fruits and pancakes. The hotel was directly in the centre of the famous Thamel Chowk, one of the main tourist spots in Kathmandu. As I lazily gazed out from the rooftop, I saw a busy tourist street lined with shops and stalls selling beautiful, brightly coloured fabrics, Tibetan singing bowls, incense, bootleg hiking gear, Kukri swords, Buddhist statues and other souvenirs.

I went out in the afternoon for a walk in the labyrinth of dusty roads. I saw shops packed with colourful pyjamas and dresses with glistening embroidery, a rush of motorcycles, Hindu Sadhus, hippies and falafel stands. I felt truly in awe of my surroundings. 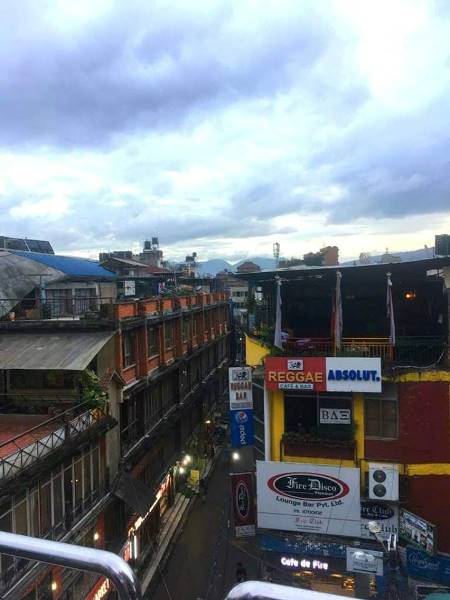 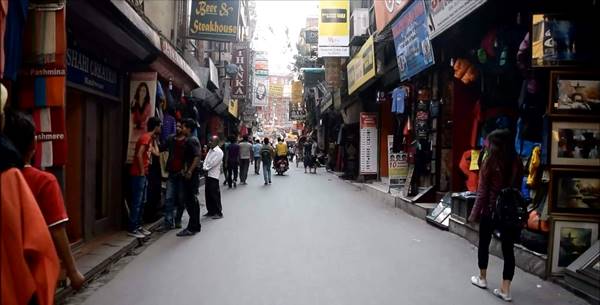 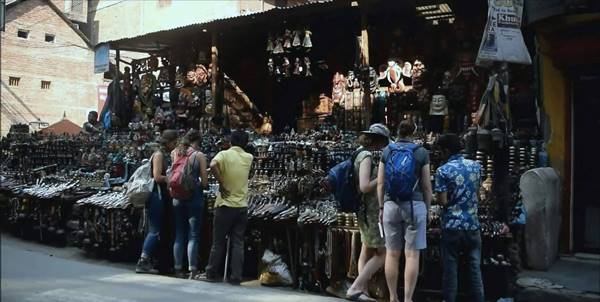 In the evening, I found many dance clubs, bars, cafes and restaurants offering various international cuisines. Western food for tourists was readily available. From what I saw, the stray dogs were loved here. They were being fed and petted by the locals and tourists, and were overly friendly and docile.

Every single night, I went out to grab a bedtime snack. The permeating smell of onions cooking in oil mixed with the sweetness of burning incense, heavily saturated the air and swirled up from every shop. However, drug peddlers, so dedicated in their jobs to annoy, were excessive. Otherwise, there was not a single second that I felt nettled or unsafe in these streets. 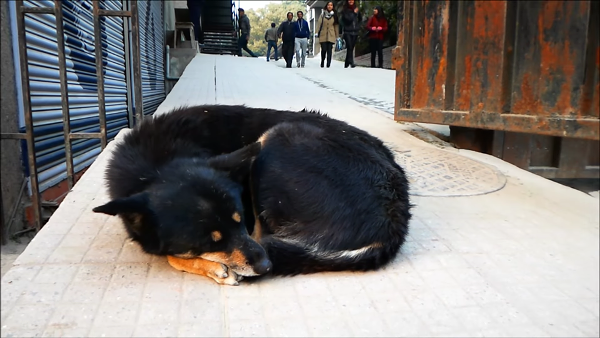 In the days that followed, I befriended some tourists from Australia and Iran who fortuitously shared the same interests as me, and we would go out during the weekends together. Every Friday night, the streets were overcrowded. The live music could be heard from all over, and almost every restaurant was full of youngsters dancing and singing. Tourists and locals mingled freely, not caring about the muddy streets and torrential downpours that the monsoon season brought to Kathmandu yearly. Friendly locals were quick to offer their umbrellas and shopkeepers allowed me to seek refuge from the rain under their plastic tarps hanging from the roof of their tiny businesses. 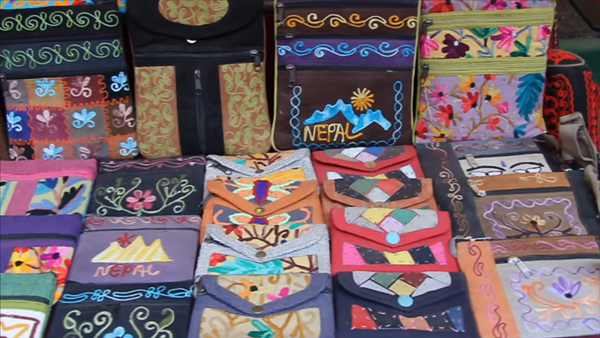 I decided to venture out of Thamel and see the inside city; it looked quite similar to any other Asian country. Nepal has both Hindu and Buddhist influences with spirituality being a driving force of the nation. Muslims are a significant minority there but I found the Nepali Jame Masjid, which is the biggest in Kathmandu and was huge, placid and serene. 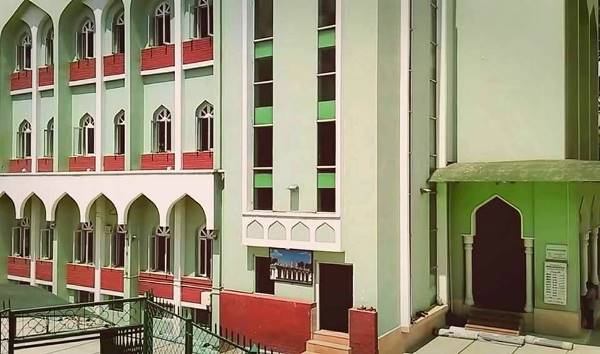 The temples I visited that stood out the most were the Boudhanath, the Swayambunath, and the Pashupatinath Temple. All three were interesting in their own unique ways, however, I found Boudhanath to be the most enthralling. It is surrounded by picturesque little shops and sits high up in the hills. I could hear the mysterious yet melodious prayers, blended with heavy sounds of a tuba, from monks in their monastery. Local folks with divine belief walk around the stupa in the same direction, circling, prostrating over and over. 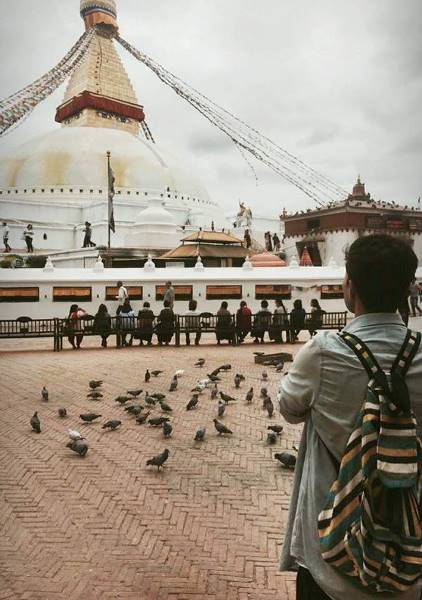 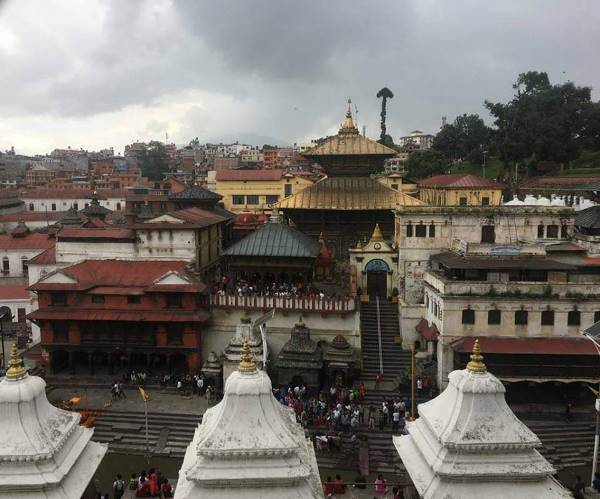 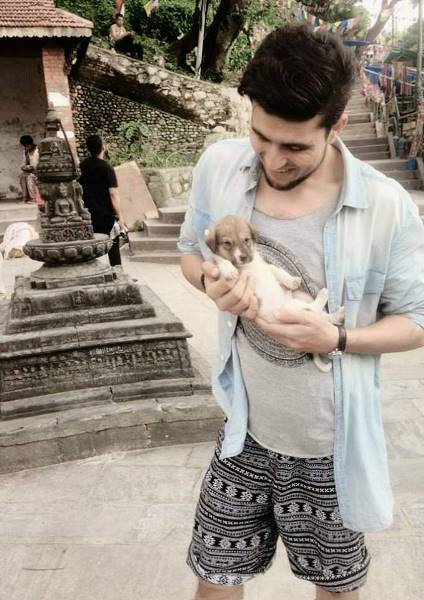 There were so many vendors alluring the tourists, pressuring them to have a look at their artefacts and other items. A gentleman who incessantly tried to entice me into his shop, noticed I had my eyes on a piquant bowl. This man, without squandering the opportunity, began a full demonstration. A rubber tipped mallet is used to strike the bowl and glide around the edge of the bowl producing a soothing noise and vibration. These bowls are supposed to be used for meditation and therapy.

Once he hit the bowl, its sound was laden with a vibration, sending me into a state of tranquillity. I surrendered myself entirely and bought it hastily without haggling too much. He again struck the bowl and proceeded with his virtuosity to produce unique whistles, creating a feeling of complete serenity. I had a strange, subconscious pull towards his intriguing show. I was so intrigued that I tell this story to every friend who visits me now or inquires about my trip, and I make sure they try the singing bowl before they can use my Netflix.

Being a vegetarian, I felt in heaven as every bite of the dishes I tried was magical and so very delicious. Spicy yet delicately prepared curries were cheap and packed with flavour. Stuffed mushrooms and Momos were on the top of my list. Momos, a famous delicacy in Nepal, is a dumpling filled with delicious vegetables and spices. 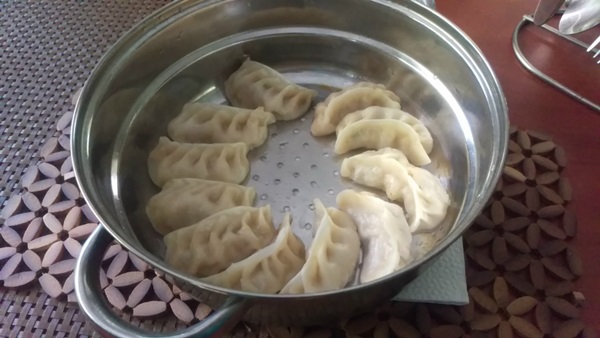 While chit-chatting with a server, he was intrigued to find out that I was a vegetarian even though I was a Muslim. I had to make the connection and explain how the animals in modern day factory farms are raised and treated. Animal cruelty, as I explained to him, is incompatible with Islam.

One of my favourite restaurants was a second floor cafe called Hangout where I tried their traditional thukpa soup and stuffed mushrooms. The taste was simply hypnotising. Moreover, acquainting local thali and falafel sandwich wraps was yet another good decision as they both were very cheap. The falafel with its creamy, rich sauces made it an irresistible party for my taste buds. The traditional thali usually came with two curries, white rice, pickles and a few fresh vegetables.

Ayurvedic medicine is an ancient practice with roots stemming from India. Herbs, oils and various natural treatments offer simple yet effective healing, without the horrible side effects of modern day pharmaceuticals. One of my new friends decided to buy a few for treating an autoimmune condition. Hence, we were directed to Rani Bari road by a local, which is a 10-minute drive from Thamel. There we saw a plethora of Ayurvedic shops, displaying hundreds of bottles of herbs and oils. We stepped into a tiny, corner pharmacy which was owned and operated by a couple in their late 40’s. When we finished shopping, they presented the bill and we were taken aback by how expensive they were. We willed to escape, leaving the herbs behind, but given the shopkeeper’s persistence, we ended up buying herbs that were worth a 100 falafel sandwiches. Bad luck!

The vast majority of people were hospitable, friendly and seemed very honest. The restaurants, food and the safety it offered were some of my favourite aspects of Nepal, and I felt incredibly comfortable at all times. Kathmandu is engrossed in poverty and overwhelming pollution, but within this fabric are incredible sights, fabulous history, rich culture and, if you dig a bit deeper, some of the kindest people on Earth. Nepal is a country caught in between eastern philosophy and the desire to be westernised. I would go back in a heartbeat and explore the northern areas of Nepal like Pokhara, known for its beauty and adventurous nature.

As I sat, for the last time, on my hotel’s rooftop, I realised that Nepal has left an emblem on my soul in the most unexpected of ways. In all this chaos and noise, I found happiness, and dare I say, peace. Although I experienced so many mixed emotions there, my trip was one I’ll never forget, and cherish for all my days to come.

The author is a writer based in Peshawar.