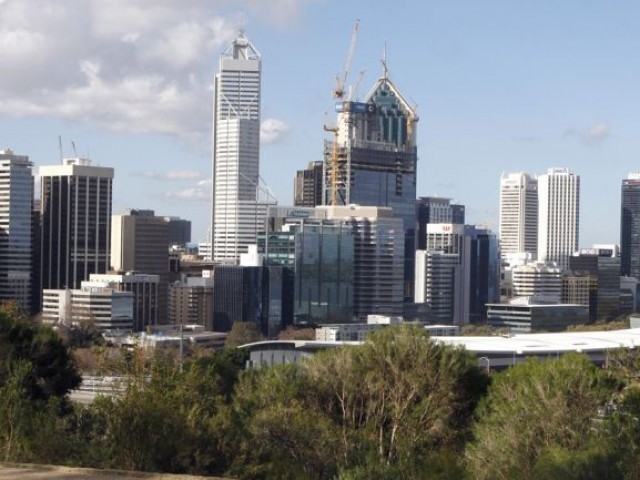 The difference in culture and resources is surely the recipe for some funny situations. PHOTO: AFP

Moving is hard – we all know it. Packing, unpacking, settling down in a new place, adjusting to the new neighbourhood and surroundings is all exhausting and takes a significant toll. However all of this is exponentially exacerbated when you have to move to another continent.

Those of you who have been reading my blogs will know that I am a ‘Lahori’. Now the true significance of this term can only be understood by a Lahori, but let’s not get side tracked here.

To cut the long story short, I moved to Perth a while ago for my Master’s and it has been a very interesting ride to say the least.

To begin with and for the sake of simplicity, Perth is just a glorified version of Islamabad. Now this might offend various people for various reasons, but it definitely holds some truth to it.

I landed in the capital city of  Western Australia  on a Sunday and the ride home was pretty uneventful. It was only evening but almost everything was closed and there was a strange depressing quietness.

Compare this to a Sunday evening in Lahore and you will get what I mean.

In the few months I have been here I have come a long way from that dull Sunday evening. In fact so much so, that I have begun to like it a little, and coming from a Lahori, this is akin to blasphemy.

From driving a car, to riding a bus, and from listening to local politicians to interacting with professors, it’s a huge transformation. For someone who is used to people switching lanes whimsically and honking at you because they don’t like your face, driving in a place where honking at someone is taken as a serious offence and where speed limits are followed religiously was quite an odd experience.

I have only heard a car honk twice, and both times, the guilty party was me with people looking at me like I have been very recently introduced to civilisation as I stroked my imaginary beard and told them to come to Lakshmi chowk with me and drive without honking.

I remember once a professor asked about what factors you would consider in the cost benefit analysis of opening up a new small business. Answers included land and labour costs, price of inputs, and other competitors in the areas until one Pakistani student said “load shedding timings”.

Needless to say all the Asians burst out laughing while the Australian students and the instructors held bewildered expressions on their faces until I explained to them the intricacies of the joke.

The difference in culture and resources is surely the recipe for some funny situations.

The other day my law professor entered class with a sad and worried look on her face. She said that she had just gone through the most terrible week ever. Everyone was concerned and then she explained that her dog injured her neighbour’s cat and there was a huge fuss over it and the police had been called in.

“Really?” I thought to myself.

I told the girl sitting next to me that the last time my mother was this worried, there was a suicide blast; around fifty people died and the whole city was locked down and she couldn’t contact me. The expression on her face was priceless.

This was not all; my professor went on to state, with teary eyes, that her son’s mother-in-law also passed away this week. Now any good, God fearing, sensible, righteous Pakistani mother would be over the moon over this incident but not this Aussie mother! (This is to be taken with a pinch of salt, of course.)

As someone who has always been interested in politics, I regularly follow the happenings back home. The political scene and issues here are so different from back home that it almost makes you laugh. I mean, who knew that an election campaign can be centred on preserving a certain natural reserve, restoring a few old buildings or the pollution score increasing by a few percentage points?

But that’s how local politics work around here.

I have heard a lot of Pakistanis in particular (and other ‘people of colour’, generally) complain about silent racism. While there might be a problem, I feel that we shouldn’t cave into the victim mentality and make an effort on our part too.

I have heard Pakistanis argue over whether its “haraam” to utter Islamic greetings to a non-Muslim. With this attitude, you obviously can’t make a lot of friends. The people I have interacted with have generally been friendly and helpful. So, I think before we complain about racism from the “other side”, a little introspection could come in handy. The way I have heard many people talk about Caucasians in general could be categorised as the worst form of racism.

Yes there might be a problem, but it only exists in the minds of a few people who could belong to any race. In the meantime, I will keep on learning new things and making new friends irrespective of superficial differences- you should try it too.