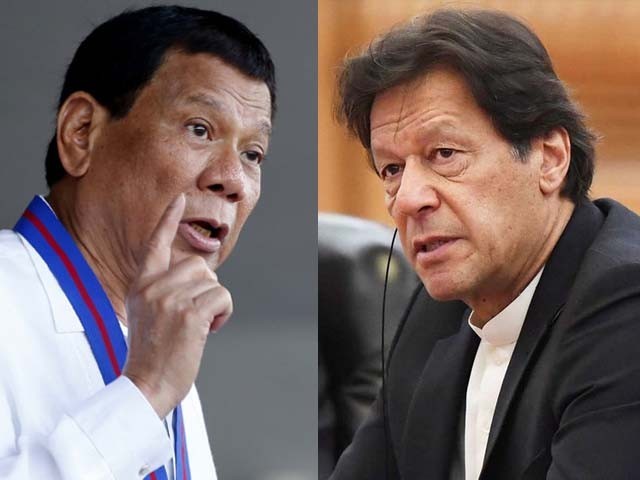 It is high time we recognise that Duterte and Imran’s position has reversed long periods of neglect.

The Philippines and Pakistan are two large developing countries that have each seen many of their people travel abroad for material opportunities. Whilst the attitude of some leaders in such countries is “good riddance,” such an attitude is not only deeply crude but it is deeply unpatriotic.

When people from countries like the Philippines or Pakistan go abroad, they do not do so because they want to turn their backs on their counties; they do so because they seek what all people seek – the best possible opportunities to advance their worldly condition and that of their families.

Unlike some leaders, Rodrigo Duterte of the Philippines and Imran Khan of Pakistan truly understand the importance of their countrymen abroad to the home country. Such people tend to be divided into two categories. Some travel as menial workers to highly wealthy but socially stifling countries. These people tend to long for the day that they can return to their country and live lives of dignity. Others, however, travel to both economically and socially advanced societies where they often find incredible success in a large variety of fields. It is this class of expats that often provides the most valuable insights for their family members and indeed for their government at home. Likewise, such people can reverse the trend of post-colonial Asian countries being led by those who seek to culturally westernise whilst remaining economically backward.

In reality, the Lee Kuan Yew model of economic modernisation combined with a firm support for indigenous cultural characteristics is the method that can bring the maximum success and social harmony to post-colonial developing countries.

It is this last class of expats that can offer key specific insights into international best practices in areas ranging from governance to deregulation and tax collecting to efficient public services. Likewise, whilst some parochial minds in both the Philippines and Pakistan believe that it is no longer necessary to learn the English language, the moment one steps abroad in respect of either country, it becomes absolutely clear that English is a vital asset and that it should continue to be cultivated in both the Philippines and Pakistan.

Apart from being post-colonial countries that received formal independence within a year of each other, the Philippines and Pakistan are very different countries. However, what binds them together at this moment in time are two leaders who not only display a sincere commitment to their countrymen but who have gone out of their way to make expats feel as though they are still part of a wider national family.

What’s more is that both Duterte and Imran appear to understand that expats have a role to play in helping to bring not only money but vital experience back home. This is a key asset that for too long was ignored in both instances. It is high time we recognise that Duterte and Imran’s position has reversed long periods of neglect in this respect.