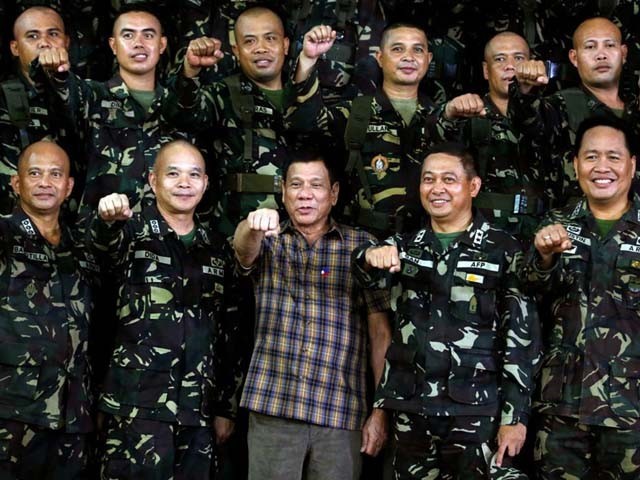 The world works in strange ways and the more things change, the more they stay the same. After decades, nay centuries of conflict, it seems the world had finally turned the corner in the 90s. Yes, there was a lot still to be done, but we seemed to be moving in the right direction.

The cold war had ended, the European Union (EU) took concrete shape, and globalisation was taking root all over. Free trade and the communication revolution were turning the world into a global village. Perhaps for the first time in human history, democracy and human rights were regarded as supreme and inviolable in large parts of the world.

With many dictatorships and totalitarian regimes falling by the wayside, the ideals of democracy, liberty, and equality were on the ascendant. The age of enlightenment seemed tantalisingly close and it seemed to be only a matter of time before the whole world would embrace and cherish these ideals.

After the break-up of Yugoslavia, the world community came together to bring the bloody and vicious fighting to an end. There seemed to be a determination to not let bad things happen to people anymore. North Atlantic Treaty Organisation (NATO)’s military intervention seemed just. After the fighting ended, war criminals were brought to justice.

But somewhere along the way, we lost the plot. There was economic growth and there was increasing prosperity, but not for everyone. While many people benefitted from globalisation and liberalisation, many others were either hurt by it or simply did not see any benefit coming their way. Untrammelled capitalist greed did not help matters and opportunists found it very easy to find scapegoats in free trade and liberal values.

The Great Recession of 2008-09 marked a turning point in the world’s socioeconomic and political trajectory. The crisis and the resulting discontent fuelled the resurgence of protectionism and unenlightened populism.

The consequences of the ill-conceived war in Iraq and the emergence of the Islamic State (IS) have further hardened people’s attitudes and made them more amenable to the idea of the violating the human rights of ‘those who deserve it’. The changing world order has added a layer of uncertainty and instability. Such changes have historically triggered a shift in socio-political systems.

With so much happening, people are craving change and are making very different political choices in pursuit of their unmet aspirations. Things that seemed unthinkable just a few years ago have now become real. After all, who would have imagined Brexit or a Donald Trump presidency even as recently as 2015? Western Europe has been flirting with right-wing nationalism and countries like France, Netherlands and Germany are very narrowly keeping the far right out of power. And the game isn’t over yet.

Away from the glare of attention on the glamorous and powerful West, these winds of change are also being felt in the faraway Philippines.

Ever since its independence from the US in 1946, the country has alternated between democracy and dictatorship. Despite the prevalence of the English language and American influence, the country has trailed the economic performance of its Southeast Asian peers. The large-scale emigration out of the country is symbolic of the economic malaise it suffers from. Interestingly remittance from Filipinos working overseas is one of the largest contributors to the country’s GDP, accounting for about 10% of GDP according to some estimates.

Beset by years of corruption, lawlessness and insecurity, Filipinos finally turned to Rodrigo Duterte as their saviour. Duterte, who was formerly the mayor of Davao City, earned great popularity with his ruthless crackdown on crime. Filipinos saw in him a strong leader who could break the grip of crime, drugs and corruption that dominated landscape in the Philippines and held their own lives back.

To an extent, in many of the poorer countries across the world, democracy has failed to deliver effective governance and safeguard the common man’s interest in the face of rent seeking by the powerful elite. Feudalism has found a way to subsume democracy and siphon off resources towards vested interests. It is this failure that now endangers democracy in many countries.

People are willing to give a chance to a benevolent dictator in the hope that he will be able to deliver strong governance and end the predation that eats away at the system. The people wanted a man of action, and in Duterte, they got what they wanted. Democracy hangs by a thread under this strong leader who has utter disregard for democracy and due process.

Elected president in 2016, Duterte has proved to be a maverick in all ways. He undiplomatically referred to President Barack Obama as a “son of a whore”, which led to the subsequent cancellation of their bilateral meeting. He also called the United Nations (UN)  “stupid”. He has continued his extra-judicial war on drug traffickers. There have been executions, encounter killings, and cold-blooded murder in the name of the war on drugs.

Though the international community has been critical of these excesses, Duterte still enjoys the support of his people. The end often justifies the means and if he is able to control the menace of drugs and crime in the country, he will surely make a place in history.

In addition to the war on drugs, there is another struggle that the Philippines finds itself embroiled in, and that’s the fight with Muslim insurgents in the southern island of Mindanao. The IS has also now gotten involved in this long and messy fight. True to his style, Duterte has taken tough measures on this front as well.

He has imposed martial law in the region and has given his soldiers full freedom to prosecute the war with everything they have at their disposal, including rape. Now this call to rape is very dangerous and regressive. Undoubtedly, terrorism has to be met with full force and the country has every right to hit back hard against a very real threat. However, talking of giving soldiers the right to rape is reprehensible and against the fundamental ethos of civilisation, no matter who the enemy and what the situation.

After he made that provocative statement, Duterte has said that it was only a joke, but rape is not a trivial matter to be joked about. It has serious consequences on the survivor and the society. Many soldiers might take his comments seriously and see them as a license to rape. That will make an already damaging war even more incendiary and add to the vulnerability of women, including many Filipinos who work overseas.

The world must move away from using rape as a weapon. Armies have used the bodies of women to assert their domination over conquered lands since time immemorial and well into modern times. Though great effort was made to push it under the rug, World War II saw a massive amount of sexual violence on all sides. The aforementioned Balkan conflict in the 1990s also witnessed a massive amount of sexual exploitation. In the months preceding the war of liberation in 1971, the women of Bangladesh suffered massively. The IS, of course, makes rape and sexual slavery its official policy.

In the backdrop of this horrific legacy, it is vital that political leaders make responsible statements and refrain from encouraging practices that fuel anarchy, barbarism and brutality. Flawed as it may be, the current system of respect for human rights has delivered justice and liberty for unprecedented numbers of people and any behaviour that endangers it can very rapidly undo all the progress. Loose statements and masochistic bravado that cross the line are unacceptable.