Philippine’s Rodrigo Duterte: An effective leader or a despotic one? 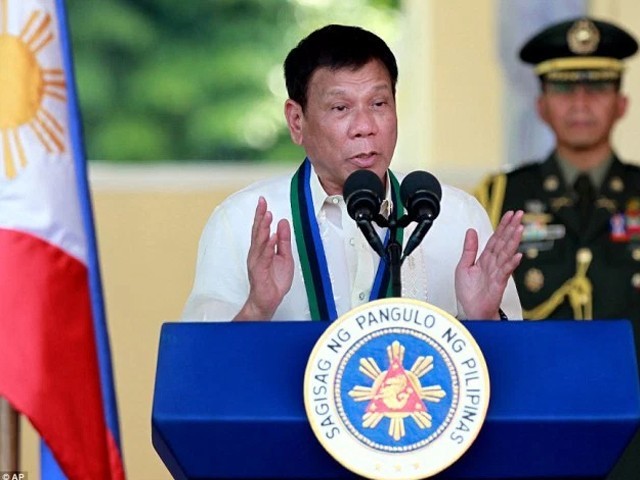 Philippine’s President Rodrigo Duterte has been in the news for all the wrong reasons.  First, he has been accused of large scale human rights violation, where tens and thousands of people have lost their lives due to extra judicial killings, drug trafficking, rape, murder, arson and other related criminal activities.

The second incident relates to an interview he had given, where, when asked how he would react if Barack Obama were to criticise him for extra judicial killings of over 1,000 persons involved in drug trafficking and other acts of crime, he responded with cuss words against the president.

Although Duterte realised his faux pas and expressed regret over his intemperate remarks, and blamed the media for misquoting him – the damage was already done. As expected, Obama cancelled an important meeting planned with him, where, amongst other things, the growing tension in the South China Sea was part of the agenda.

Duterte probably did not realise the effect of his intemperate language for the world’s most powerful man. Moreover, it came at an inopportune time – when East Asia is grappling with the growing Chinese threat in the South and East China Sea. China has undertaken several reclamation projects in the reefs in the disputed Spartly Islands, with the intention of building military outposts there. In fact, China had also physically prevented the Filipino fishermen from fishing around the disputed island.

These aggressive designs come at a time when the International Arbitration Board had adjudicated the matter in favour of the Philippines, rejecting China’s claim of sovereignty over the island.

As both, Vietnam and Philippines, do not have the power to take on the might of China, they looked towards the United States for help. The US sent its naval destroyer to show a defiant China that it would not bow down to its aggressive posture in the region and warned China that its efforts to illegally develop in the disputed island would be met with a fitting response.

Furthermore, in the recently held ASEAN summit held in Laos, Cambodia, the US government tried to bring all ASEAN countries together under a common platform to respond to the Chinese threat. The meeting was of great significance, as this was the first meeting after the Hague tribunal’s award – where the tension in the region was being discussed.

Unfortunately, Duterte muddied the waters with his off the cuff remarks that ended up only helping China’s cause. He did not realise that in the event of the US refusing to come to his aid, he would not be in a position to take on the might of China.

It must be said to Duterte’s credit that his aggressive steps to reduce crime and taking on powerful drug lords has made him extremely popular amongst the people. In spite of criticisms of his critics, his approval rating has touched a historic 91%, and is seen as a decisive and effective leader able to take on various powerful criminal lobbies.

In the presidential elections held this year, he promised voters that he would come down heavily on drug traffickers, criminals and corrupt government officials. In his five months of presidency, he has managed to drastically bring down the crime rate, though his methods have been severely criticised, especially by the United Nations (UN) and NGOs like Amnesty International.

Recently, he issued a carte blanche to the police and military personnel to go after all the criminals and any individuals involved in extra judicial killings. Those indulging in criminal activities would receive the presidential pardon. The courts and media also have been silenced, and there is not a single institution in the Philippines that has the courage to take him on. He has also warned the Supreme Court that if they persist in being critical of his actions, he will invoke the martial law in Philippines.

He has also threatened all journalists not to report extra judicial killings and to refrain from personally attacking him in the press. There is a sense of fear and foreboding in the country, and people are afraid to report various human rights violations. Not surprisingly, he considers the former President Ferdinand Marcos, a despotic and corrupt leader, as his hero.

It should be mentioned that Duterte’s use of cuss word against the US president is not the first of its kind.

Duterte is known to suffer from verbal diarrhoea. When stuck in a traffic jam during the Pope’s visit to Manila, he used foul language against the Pope. Similarly, when the UN accused him for various human rights violations, he said,

There are several such instances where he had used colourful words unbecoming of the office he holds. Recently, he called Ban ki-Moon a fool for bringing up the issue of human rights violations weeks before the summit in Laos. His scant respect for criticism of his functioning style came to the fore when Amnesty International wanted him to be investigated for at least 700 suspicious deaths. Undeterred, Duterte, in an interview with a TV Channel, said,

His attitude is emblematic of a culture of dictatorship, corruption and violence that has prevailed in the Philippine society ever since its independence in 1946. Successive presidents, barring two presidents, Ramos Magsaysay and Corazon Aquino, were involved in large scale corruption and nepotism.

But, in all fairness, credit must be given to Duterte for his relentless fight against drug trafficking and other criminal activities in the country. However, his method of tackling the growing crimes is questionable. Arbitrary and extra judicial killings are infringements on the fundamental rights of individuals. It is true that there is a strong presence of mafias in the Philippines, with many known criminals holding important positions of office (some have even been elected to the Philippine Congress), who continue their illegal activities by misusing their positions.

Duterte brought his excellent track record as a mayor of Davos city for over 22 years to the presidency. He had single-handedly brought down crime rates in the city and was instrumental in transforming the city as the safest city in the country. Duterte had also managed to bring Muslim insurgents, barring few fringe elements, to the mainstream. For those Islamist groups, which were responsible for killing over 100,000 people since 1970 – he has promised to eliminate them.

If Duterte wants to go down in Philippine history as an able and effective leader, he should immediately change his leadership style. He needs to show more maturity, be suave in dealing with the opposition, needs to stop all human rights violations in the country, restore freedom to the journalists, make courts independent of government interference, and above all – introduce economic reforms for millions of impoverished individuals.

As a leading Indian newspaper aptly summed up,

“These challenges and weaknesses don’t guarantee his failure as president. But he would do better if he toned down the rhetoric, adopted a more conciliatory approach in order to buy peace with political rivals, and pursued an inclusive, growth-centric approach.”

If, however, he refuses to change his style, he may not be able to continue in his position for long.