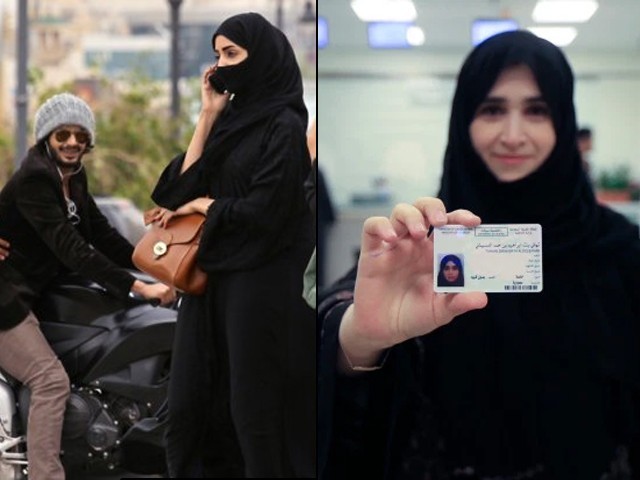 We need only touch the tip of the iceberg to gauge the predicament of both men and women in Pakistan’s ugly avenue of sexual harassment.

One would think that the loose cannon that is the rising monarch of Saudi Arabia, long since the world’s Muslim hegemony, would not have thought all its radical initiatives through. And with good reason too. But recent endeavours are making us think otherwise.

From where we stood, the lifting of the decades-long driving ban for women, only weeks from being set into motion, was nothing if not far flung. But it’s now being tailed by an impressive pre-emptive measure. Put short, Prince Mohammed bin Salman’s (MBS) Vision 2030 might just be a concrete plan, and not just a ludicrous emancipation campaign.

Setting lose their women after clipping their wings for as far as salvageable memory goes, will foster some inexorable concerns from within. And this is not in reference solely to their rusty driving skills. The Shura Council foresaw the colossal wave of sexual harassment that MBS cleared the way for, and approved of an impressive draft law that has left quite a stir.

Like any other penalty in the country, the price for sexual harassment is unrelenting. Marked at as high as a five-year prison sentence and an $80,000 fine, the very sound of it is enough of a deterrent on its own. Women’s rights activist, Dr Najat ElSaeed, termed the law a timely introduction, in an interview with AlHurra;

“If the law had not been passed, there would have been a lot of issues for women who drive.”

MBS may have made Saudi women content by giving them a taste of freedom, and also security, once this law receives royal approval, but this will inevitably invite demands from other parts hoping to bear fruit. For instance, he frivolously opened doors for Saudi cinema, concerts and mixed-gender celebrations – for which his ancestors must be turning in their graves– but there is a gaping legislative vacuum in areas such as intellectual property rights in the film industry.

And if the circumstances weren’t already ironic enough, the defacto King and his social reform agenda are receiving serious backlash for the arrests of 11 activists. Most of these are women arrested only days from the passing of the law. But then again, the royals have forever wallowed around in impunity.

Saudi Arabia may be a rookie in the field of sexual harassment, on a comparative level if nothing else, but many of its Muslim satellites in the developing world aren’t. Pakistan, for one, has amassed quite a record of its own. Some incidents stuck, others went in one ear and came out the other, either way substantiating the fact that we’re a perfectly desensitised lot. We need only touch the tip of the iceberg to gauge the predicament of both men and women in Pakistan’s ugly avenue of sexual harassment.

In Pakistan, making sexual harassment a criminal offence is still a welcome development. Meanwhile Saudi Arabia criminalised it without a second thought, and despite how liberal they make themselves out to be, they are still the most conservative theocratic monarchy on the map. So what’s holding us back, especially after our evident failure to grapple with our insurmountable number of cases in this year alone?

The two legal provisions that govern sexual harassment in Pakistan are the Protection against Harassment of Women at the Workplace Act of 2010 and Section 509 of the Pakistan Criminal Penal Code. Looking at the first of these alone is enough to ascertain the flaws. The title of the section, ‘Insulting modesty and causing sexual harassment’, proves lawmakers have barely understood underlying issues around harassment and are not trained to a high enough degree on ethical standards. The word modesty itself is subjective and thus interpreted at the discretion of the presiding judge.

An absence of state-funded legal advice and a police force incapable of handling survivors of violence is only scratching the surface. Deeply entrenched patriarchy makes the efforts of the handful with the courage to ‘come out’ futile, by mounting a dangerously low glass ceiling over their heads.

For one, in order to solve a problem you need to recognise that there is one. And the only palpable recognition we see in these parts is the outrage channelled online. Broadly speaking, no one here is looking to emulate the Prince’s Vision 2030. In fact, emulation is too distasteful a prospect in this regard, while Pakistan fails to merely recognise the newfound freedoms Saudi women are being adorned in.

On the contrary, we watch all other Saudi developments unfold with admiration, and follow suit without a second thought. It’s almost like regimes in these parts cherry pick the laws they find appealing to plant them on home soil, and conveniently brush others under the rug. Women’s concerns are unfortunately still synonymous to profane talk.

More importantly still, we aren’t arranged such that command flows only from one individual unequivocally and unquestionably, which would make passing of laws quick and simple. Instead we’re a mess of a democracy, but a democracy nonetheless, complete with debate and deliberation six ways from Sunday, making any law, especially ones as sensitive as this, out of reach.

For now, it’s safe to say that the present regime is a chip off the old block; just as dormant as any other in the face of what really matters. Maybe it’ll also take an untethered revolutionary to bring this about for us.