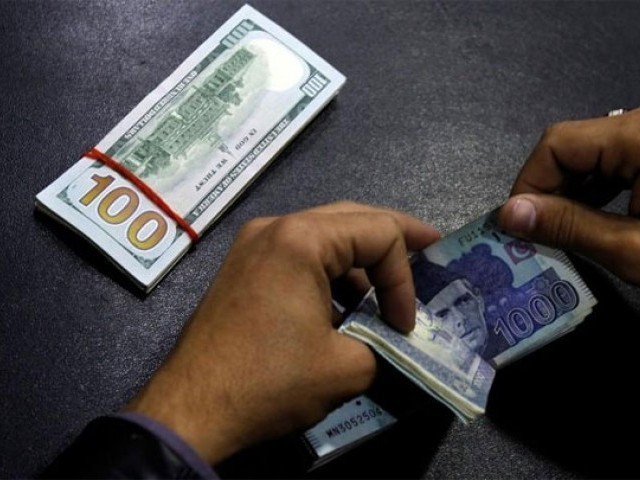 It is policies like these which have resulted in the decline of foreign direct investment (FDI) in Pakistan. PHOTO: FILE

Devaluing your currency is a relatively benign measure; however, to openly launch a hunt for ‘dollar hoarding’ is a radical step by any metric. In macroeconomic terms, corrective mechanisms have usually focused on one’s own currency through what the practitioners call fiscal and monetary policy.

This has usually been done through taxing or printing more of your own money and encouraging people to borrow or save more. These steps have been taken by the Pakistan Tehreek-e-Insaf (PTI). However, now with this new policy of a crackdown on ‘dollar hoarding’, we see an authoritarian turn to macroeconomic policy.

Government has directed FIA to launch a full fledged operation against Dollar hoarding, and speculative currency trade the operation is being launched in coordination with State Bank and ministry of Finance

It shows that the government is moving out from banks and ministries to the roads and streets. However, is this belligerent policy just for show? Let us examine.

What is ‘dollar hoarding’ and this ‘full-fledged operation’?

Whether deliberate or not, the fine print is largely amiss or just not advertised deliberately. While the government’s decision has been much advertised, technical definitions of this policy are largely amiss. Who is a ‘dollar hoarder’? The relevant yardstick is missing. What is entailed by this ‘full-fledged operation’? The relevant provisions and punitive measures are amiss.

In the absence of concretely laid out provisions, the inference is that this policy is a means to a wider ideological project and as a way for the state to encroach civil liberties that come in the economy.

As for the ideological project, the PTI has displayed left-wing populism. Let us break down what this means. Populism means appealing to the masses. Furthermore, the left-wing element refers to the fact that there is an appeal to the disenfranchised masses, i.e. the non-elite of our society. Think of anyone apart from the bureaucracy, armed forces and the landed elite.

The ideological project of this policy step is to create a cosmetic narrative that the economy is being fixed, when in reality it is harming the non-elite class’ material interests. The devaluation in the rupee, increase in import tariffs and the conservative approach to fiscal and monetary policy has dampened the economy as indicated by the recession we are in.

At a secondary level, it is another mechanism for the PTI-controlled institutions to crack down upon elite class dissenters, while having a conveniently ignored effect on the middle class and below. What needs to be realised is that with this step, the PTI has effectively given itself a mandate that affects foreign direct investors and wholesale importers.

Who feels the effects of this anti-dollar hoarding policy?

While the currency devaluation policy has generally affected the public more since imported consumer goods (for instance, medicine) have become more expensive, this so-called ‘dollar hoarding’ policy stifles the productivity of Pakistan’s industry.

For the sake of contextualising this argument of an attack on industry, we shall refer to the neo-liberal school of economic thought. Neo-liberals such as Hayek and Freidman argue that the government should not intervene in the market. This is because governments undermine the liberty of people by skewing economics into means that favour their dominant agendas. And for the PTI, the agenda is bolstering their nationalistic narrative of an elite take down.

The second agenda point is to safeguard the economy in a crisis management mechanism, which, to be honest, is not so different from the previous Pakistan Muslim League-Nawaz (PML-N) and Pakistan Peoples Party (PPP) regimes in the country. All of these parties took loans and now we see PTI doing more of the same.

However, the concerning point is that there is a pinch of authoritarianism that was previously not seen in past regimes. For the foreign direct investors, non-liquidity of stored US dollars means uncertainty for their businesses. This is due to the free fall that the currency is in. The outcome is that it may not be profitable for multinational ventures within the economy to keep their operations open in the country. It is policies like these which have resulted in the decline of foreign direct investment (FDI) in Pakistan. Hence it is no surprise that Pakistan’s FDI fell by 23% in the first quarter of the year.

Moving on to wholesale importers, it is worthwhile to remember that the Pakistani economy has little or no competitive advantage when it comes to technical consumer goods. Medicinal equipment, cellular phones, laptops, heavy machinery and other goods are all imported. While the disincentive to import was already present owing to the technology tariffs and the devaluation of the currency, this step hurts those who were willing to offset this tax by paying it in US dollars.

Additionally, this policy also brings into question several Pandora boxes when it comes to macroeconomic policy. Are remittances being brought in the form of US dollars in the purview of this operation? The concerning aspect is the blanket nature of this operation. There are no limits to the writ of the state.

Examples exist where recessions have been avoided by countries and their exports based surplus have increased. Think of the Asian Tigers, such as South Korea and Singapore. In the aftermath of World War I, Germany rebuilt itself before 1929 using international aid from the US. Within two decades, it surpassed pre-war levels of employment.

All three of these countries used either their resources or international aid to structurally adjust their economies. By this, they went ahead and modernised their industrial production using the division of labour, capital equipment and worker mobilisation along the assembly line. This was in the first half of the 20th century. For Pakistan in 2019, such sort of modernisation and structural adjustment largely remains a distant reality.

Austerity, inflation and such authoritarian macroeconomic repression led to the fall of the Austro-Hungaria, German and Russian Empires by 1918 through violent revolution. While it is a fallacy to say the same will happen in Pakistan given the differences in circumstances, widespread discontent will eventually become the norm. Especially when noted individuals like the Khyber Pakhtunkhwa (K-P) Assembly Speaker Mushtaq Ghani are encouraging the mass citizenry to survive on “one roti”.