#TherapistDiaries: Unrequited love, a choice or a consequence? 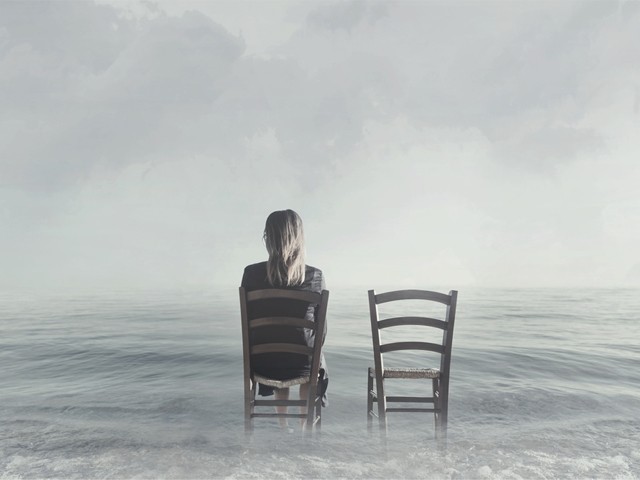 Regardless of the motivations for unrequited love, the person in such a position falls in a very lonely and emotionally disturbed state. PHOTO: FOTOLIA

South Asian culture, particularly India and Pakistan, romanticises the notion of suffering in unrequited love. This emotionally-draining, one-sided road is deemed as a higher form of love and is attributed to purity. No wonder harassment is so common in our culture.

(True love is that which can never meet.)

The aforementioned sentence is sort of a slogan for these one-sided lovers.

Since Sufism is one of the most dominant philosophies followed in Indo-Pak culture, the masochism involved in unrequited love – ishq-e-majazi – is held as a necessary stage towards attaining a divine form of love. To each their own, but as a therapist I have a take on it.

Noreen* had a long pattern of falling for those who didn’t love her back. Since her adolescence up till the point of being a middle-aged person in therapy, she had been obsessed with at least five different men at different times, each obsession lasting for at least two years. These men kept on rejecting her in a not-so-subtle way and didn’t lead her on, yet she was unable to stop herself from obsessing over them.

The need for contacting them turned into online stalking and eventually, stalking in real life. She even landed a job at the same firm as one of the guys she had fallen for. The anxiety that comes with such rejection is very hard to handle. After a couple of years into this pattern, Noreen’s studies and then work started getting affected. She developed severe anxiety and insomnia. The stalking was difficult to let go and she decided to seek therapy almost at the brink of suicide.

I don’t see any spiritual glory in this. All I see is a troubled girl in need of help, who is dealing with issues in what we call attachment style, which is based on one of the most important theories in psychology: Attachment Theory.

People who get stuck in this loop of unrequited love usually have issues with their attachment style. This style is developed in the formative years of this person and is highly dependent on the responses and the nature of their bond with the primary caretaker – usually their mother.

The kind of bonding one has with their mother or the primary caretaker in their formative years defines their attachment style. Getting stuck in the loop of unrequited love, like Naheed* did, signals towards an ambivalent, anxious or/and avoidant attachment style, which is in contrast with the secure attachment style.

Naheed found complete control in these one-sided relationships. The only way she could find trust and security in intimate relationships was by not getting into a two-sided one. This was because a reciprocal relationship comes with uncertainty, adjustments and a lot of emotional investment. The idea of a reciprocal and healthy relationship hence wasn’t in compatibility with her attachment style.

But attachment style isn’t the only explanation for this.

Fizza*, a transperson, had always had unrequited relationships because our culture does not promote the idea of marriage or a relationship with a transperson. Fizza didn’t have the privilege of adequate education and wasn’t ranked high on the hierarchy of the socioeconomic status, naturally and unfortunately decreasing her chances of finding a healthy, intimate relationship. For Fizza, unrequited love is not a choice but a consequence of the society she lives in.

Ali* saw potential of a beautiful relationship with a woman and could not let go of the possibility. Even though he had reciprocal and healthy relationships in the past, somehow the strong long-term possibility with this woman made it difficult to move on. Desperate to convince the woman that they could have it all, and failing to do so, he got stuck in the loop of unrequited love.

Zee* loved the security and trust provided by the friendships she had. She placed the highest value in friendship, frankness, emotional security and trust for an intimate relationship. For her, the journey was always from friendship to love. That strong need for predictability and security made her fall in love with her friends. Furthermore, the friends often were subtle with their rejection as, understandably, they didn’t want to ruin the friendship, and this made it more complicated for Zee. Thus, she kept on getting tangled in the complications of unrequited love.

Regardless of the motivations for unrequited love, the person in such a position falls in a very lonely and emotionally disturbed state. The feeling of rejection heightens the sense of unworthiness of one’s self. Loss of purpose in life and depression are also common reactions.

Moreover, often the person on the receiving end of it is in immense pressure. They are unwillingly put in a position to reject and hurt someone. Feelings of guilt and uneasiness aren’t unfamiliar for somebody being approached by someone they have no interest in. Therefore, ghosting or stonewalling are common responses in such situations, which further damages the person who had expressed their love.

People in our culture find it odd, but therapy and counselling for love and intimacy issues is very common. In fact, we are trained to resolve these issues and help you move on. In matters of romantic obsession or unrequited love, the treatment focuses on self-esteem, attachment style and motivation for pursuing such relationships.

“Not that people think that love is not important. They are starved for it; they watch endless numbers of films about happy and unhappy love stories, they listen to hundreds of trashy songs about love – yet hardly anyone thinks that there is anything that needs to be learned about love. ” – Erich Fromm, The Art of Loving