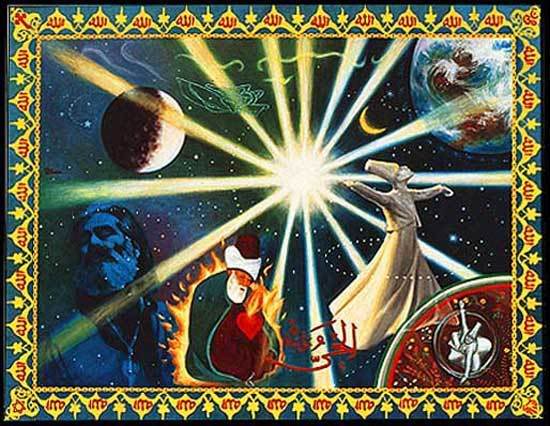 Sufism is a complex and cross-cutting belief system in Pakistan. Even Deobandis believe in Sufism. Naqshbandi, the major Sufi cult in Pakistan, is mainly comprised of the Deobandis. It is interesting that Maulana Masood Azhar, head of the major terrorist group Jaish-e-Muhammad, is also believer of Sufism and has restricted his followers to the practices of the Naqshbandi cult.

To further complicate the intermingling of beliefs and practices, the Barelvis, who are considered representatives of Sufism in Pakistan, are not free from pro-militant jihadi tendencies. In the Kashmir insurgent movement during the 1990’s the Barelvis were quite prominent. Some Barelvi militant groups, such al-Baraq and Tehreek-e-Jihad, are still active. Sunni Tehrik, a major Sunni sectarian group, was found to be involved in the violent activities in Karachi and Interior Sindh.

Pro-Sufism Barelvis dominate Pakistan’s religious landscape. The reason why they did not play a major role in the Afghan jihad of the 1980’s was not because of any religious or ideological bindings, but because of political factors. The Saudi influence in the Afghan jihad was a major reason for their marginalization. The Saudis supported only the Wahhabi and Deobandi groups during the Afghan jihad against the Soviet Union. Moreover, the Arabs and Africans who took part of the Afghan jihad had similar sectarian orientations as the Wahhabis and felt more at ease working alongside the local Salafi and Deobandi commanders. The Afghan and Pakistani groups had also preferred to work with Arab and African mujahideen because they had the more substantial resources.

Had it not been for the Saudi and Arab factor, the Barelvis too would have been able to secure their share in the jihad effort. If that had happened, would the promotion of the Wahabi ideology be suggested as a counter-strategy today?

When one ideology is supported financially, morally and politically to counter the other, it can increase sectarian strife in a society. Pakistan faced the consequences during the Afghan jihad as sectarian strife dramatically increased in the country. Similarly, strengthening one group or sect can give rise to similar trends in other sects. So we see that many Sufi groups have also been radicalized and they are as anti-US and anti-Western as other violent groups, though they lack the training and resources received by the Deobandis and Wahabis.

Instead of targeting the entire Wahabi/Salafi community, can terrorism and political extremism not be countered by encouraging the more moderate elements within the Salafi school of thought?

It cannot be denied that the Wahabi movements have created challenges within Muslim societies. They have marginalised the elements of moderation by promoting a narrow vision of Islam. But how these movements are changing Muslim societies and what kind of political, economic, cultural and social challenges they pose is a separate issue. Their domestic and international implications demand different kinds of strategies to the one proposed by counter-ideology theorists.

It is not a surprise that campaigns to promote counter-Islamist ideologies like Sufism have had little success in Pakistan.  <oderate enlightenment and Sufism movements have failed to gain acceptance among the masses. Anti-US and anti-Western feelings are on the rise in Pakistani society and any campaign aimed to counter these sentiments is perceived as a part of the American agenda. It also remains a fact that a large majority of the educated class in Pakistan considers the spiritual rituals of the Pirs inappropriate and activities like use of drugs and prostitution on the shrines immoral. The Sufi culture in Pakistan itself needs reforms. That is why the government-sponsored enlightened moderation has failed to attract common people. Instead, such efforts are increasing support for radical movements.

To develop a comprehensive counter-extremism strategy, there is a need to examine all the aspects of this problem and assess the impact of promoting so-called moderate counter-ideologies in Muslim societies

What is young Pakistan thinking?