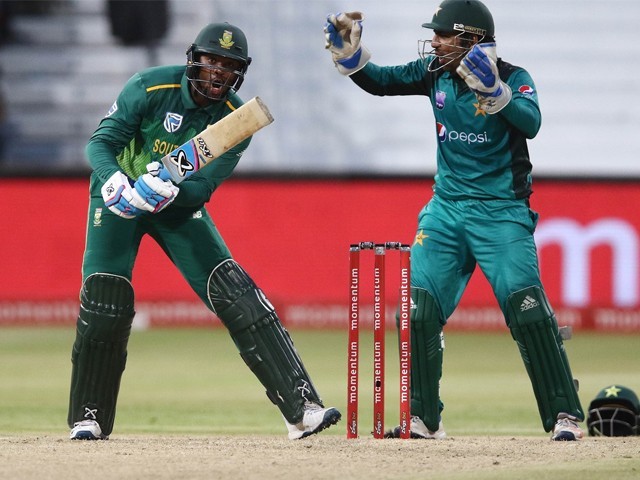 I grew up in a neighbourhood near Civil Hospital. Being a government hospital, it was always thronged with people – most of them belonging to the poorest segment of the society – who come in bereft of hope to get their loved ones treated for free. Civil Hospital was more frequently visited by residents of Lyari, a squalid area that is home mostly to the middle, lower-middle and poor segments of our society.

Now, if anyone has seen the denizens of Lyari, they know that most of them differ from others in their looks in certain ways. Their complexion is dark and their hair is curly. (Yes, I know how it sounds, but don’t be so quick to judge; read on first, then judge) In local vernacular, they are referred to as ‘Makrani’, those from Makran in Balochistan. There is nothing wrong with the term per se, but locals use it as a derogatory term to mock them for looking different. I grew up watching people in my surrounding mock them, though not on their faces. This term was soon associated to them.

As a child, I saw that it amused me too because apparently, it was fun for everyone else. So, I found it funny as well and picked up on it. It permanently changed my perception about them and eventually whenever I saw someone from Lyari with those features, my mind instantly recalled the term ‘Makrani’. Though I never said anything racist to their faces, what I learned in my childhood forever changed my outlook towards people just because they looked mildly different than me.

This doesn’t make me or those who I learned it from racists, but is part of a deeper, more pervasive problem that is ingrained in our minds. A problem that is invisible – or glaringly visible at times – so much so that we don’t even realise that there is a problem.

No, I’m not trying to justify racism under the garb of societal influence. What I’m trying to do is to make everyone understand that it is something deeply ingrained in us from a very young age but that does not make it okay. Once we can realise how wrong it is, change should follow.  I realised, and now I understand. So should the following guy.

(Hey black guy, where’s your mother sitting today? What have you asked her to pray for you?)

Very, very poor from Sarfraz to say the least. So disappointing and hope there’s strong punishment.

Not too impressed with Rameez’ handling of it either.pic.twitter.com/DVBFnYCTjt

He not only mocked him for his colour but also referred to his mother. Though he didn’t abuse her, in our culture dragging mothers and sisters in our jibes is intolerable and the fact that Sarfraz did that was reprehensible and all the flak he is getting is justified. Racism is a serious problem and all the other sports bodies around the world are very conscious about keeping this bad practice out of the game. Thus, Sarfraz’s action should not go without consequences. He should face whatever punishment the Pakistan Cricket Board (PCB) or International Cricket Council (ICC) deem fit. PCB has released a statement denouncing the incident, but hasn’t stated any repercussions Sarfraz would face.

Sarfraz must explain himself to Media & public regarding his comments to batsman.. pic.twitter.com/Ocx74ry4IW

Sarfraz’s words were problematic and why many of us see no problem in them is because of a deeper issue: our insouciance towards our racist attitudes. There is a besotted sense of revulsion in how we look at people who appear different from us. This comes from being in a culture where terms like maila, kala, chamaar, and various assorted terms are rife and common on a daily basis. People unconsciously utter these words and while they are belittling and condescending, they are considered ‘jokes’.

Those who are calling Sarfraz racist should know in sub continent we usually call someone kalo, kaala (meaning black) just out of love. It's like a nick name just like Billa (someone who has hazel eyes) or moto (fat person). It has NOTHING to do with RACISM.😑#SAvPAK #SAvsPAK

Sarfraz clearly says in the vid that he can't pronounce Phulakwayo. Maybe that's why he called him "kala" which was easier to say. Shows lack of mannerism & humble background but racism has to be intentionally demeaning someone because of their race which wasn't the case here. pic.twitter.com/kfo1Lcz2Rk

Sarfraz's comment was completely sarcastic. People are fuming at him because they have found an excuse to his poor form. Also, some respectable personalities like Shoaib Akhtar should watch the video again and again before reaching out to any conclusion.

While racism is being addressed as a serious problem in the world, our society is not willing to accept that we have this problem too. We shrug our shoulders by labelling our racist attitudes as mere jokes or sarcasm and consider them harmless. Calling out people who don’t have a fair complexion, taking barbs at our friends who are slightly darker in colour while appearing trifle and funny, have great repercussions.

The worst part about Sarfraz calling a SouthAfrican player "Kaala", is that most Pakistanis don't even think it's a racist remark. We are living in stone age. No wonder Sarfraz said that casually on such big stage where everything is scrutinized to the core.

When our society keenly indulges in such acts, our kids adapt this behaviour and become incapable of respecting people who are different from them. Because of their vacillation, they imitate what they see. This ingrained revulsion while making them prejudiced also gives them this mild idea of being superior. Thus, this racist attitude becomes a part of them without them being conscious about it.

This attitude stems from our fetish-isation of white colour and fair complexion. Beauty creams are thriving, and cosmetic business is burgeoning just because we as a nation have an inane desire of being gora (white). This contempt for dark complexion is why we are bridled with this derision and we very well know it, though are in denial. Matrimonial ads start with demands of fair complexion, rishta talks – even in the educated, affluent class – end with the demand of fair complexion. All because for us, white is normal and anything else is unacceptable.

I am a student at the University of Karachi. It is one of the few universities in our country where international students still choose to study and most of them are from Africa. I know very well that many local students have a racial bias towards these students and use racist terms like ‘kaala’ and ‘habshi’, and African students will testify to this. Whenever they are seen on roads, people start whispering and snickering behind their backs. Our attitude immediately changes towards them.

So, are we still not going to recognise racism as our collective problem?

Being the captain of the Pakistan team and representing us internationally, Sarfraz should have represented himself and his country better. His comments while embarrassing also point towards our racist tendencies. Since the news came out, he has apologised for his comments; however, his apology is meek. It seems that he is more sorry for being caught passing racist slurs than actually feeling remorse for saying them.

1/2 – I wish to extend my sincere apologies to any person who may have taken offence from my expression of frustration which was unfortunately caught by the stump mic during yesterday's game against SA. My words were not directed towards anyone in particular and…

2/3 – I certainly had no intention of upsetting anyone. I did not even mean for my words to be heard, understood or communicated to the opposing team or the cricket fans. I have in the past and will continue in future to appreciate the camaraderie of my fellow cricketers from…

3/3 – …across the globe and will always respect and honour them on and off the field.

We deny being racist because like many of our other problems, it’s something we don’t want to acknowledge and that saves us from the onerous task of addressing it. But things need to change. Saying that we are not racist, while time and again proving the contrary, is not going to solve the problem at hand. We should start at home. All the condescending terms should be eschewed. People shouldn’t be called by any names other than their real names or ones they identify themselves as. No distinct feature should be a reason for mocking anyone.

Parents should teach their children to embrace the differences in a respected manner. They should be taught that there are people who might look a bit different than them but that shouldn’t be a reason to be disrespectful towards them. We must stop considering these snide terms as harmless because they are not.