Pakistan one of the least racist countries? Tell that to the Pakhtuns 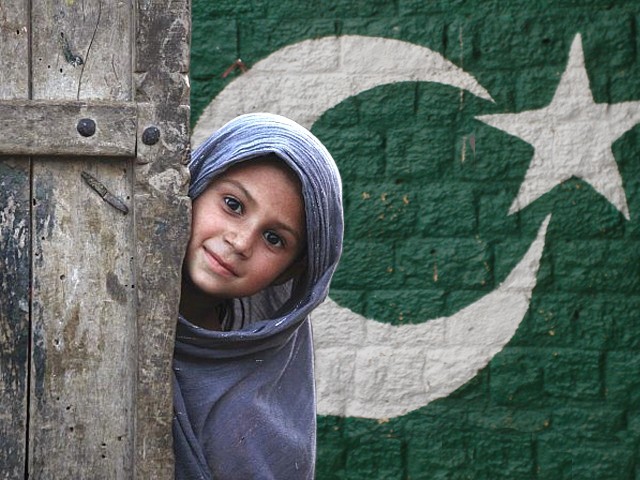 A Pakhtun girl stands at the doorway to her family dwelling in the outskirts of Peshawar on July 10, 2012. PHOTO: REUTERS

The recent ‘revelation’ by the Washington Post about Pakistan being among the most racially tolerant countries in the world, was met by jubilation by the nationalists. However, much of the Pakhtun community being systematically oppressed, mocked and expelled from the country, was offline and unavailable for comment.

As a liberal who has long decried our nation’s exquisitely racist attitude towards Pakhtuns, Hazaras, Jews and any mound of protoplasm not strictly conforming to our expectation of what a ‘real Pakistani’ looks like, the study was, at first, humbling. Though I was certain that I hadn’t imagined all that racism, perhaps we were still relatively better than most of the world, and that’s something to be relatively happy about.

That joy was short-lived.

This is after all a country where if we can’t agree on anything about the causes of terrorism, we can at least shake hands on the fact that there are “too many Afghan/Pathans” here for our comfort. It was unsurprising that following the brutal attack on the Army Public School (APS) in Peshawar, the first step of our reinvigorated counter-terrorism plan was to round up all the Afghan babas selling sand-roasted corn on the roadside, and chuck them and their families out of the country. Or as we euphemistically call it, “repatriation”. The UN itself stood stunned at the rapidity with which we dealt with our refugee problem, quite possibly putting their lives in jeopardy.

Thereby proving that xenophobia and racism trumps the romanticism of ‘Muslim unity’, and that we’d shake mountains for the welfare of our brothers around the world from Palestine to Kashmir, as long as it costs us nothing more than the price of a functioning microphone, and allows us the opportunity to rail against our political nemeses like India and Israel.

Any examination of our own don’t-ask-don’t-tell bromance with the religious extremists, who preach fanatical ideas and terrorism apologia with complete impunity, shall forever remain at the bottom of our list of priorities.

Steve Seidman, a professor at Carlton University studying ethnic conflict, expressed his concern about the study’s reduction of a complex phenomenon to a single metric, presented neatly as a color-coded world map.

He expertly observed that the manifestation of racism depends on the racial diversity and polarity in the region. In other words, if you’ve had little to no interaction with Dominicans and don’t know much about them, you might be ambivalent about them moving in next door.

In a country where the racial divide among Pakhtuns and non-Pakhtuns isn’t as black and white as, well, ‘black’ and ‘white’, the word ‘race’ is rarely brought up. That is not to say that “we” tolerate “them”. The language of the survey matters tremendously, and prejudice against an ethnicity is still generally covered under ‘racism’.

The researchers also caution the readers that the study – with questions so straightforward, they may as well ask, “You racist? Yes or no?” – does not take dishonesty into account. For instance, Finns may not be more racist than the Swedish; they might just be more honest.

Overt racism against the Pakhtuns has melded so seamlessly into the Pakistani culture, it hardly elicits a glare. Pashto words are often thrown sarcastically at one another to insult one’s intelligence, implying that it’s the language of people with poor comprehension skills. Pathans are insouciantly stereotyped as unhygienic brutes; heck, even I stereotyped them earlier in this very blog as corn venders, which although satirical, bears real risk of being taken seriously.

So let’s save the celebratory fireworks for another day. Racism is not a bygone menace by any measure, and it lies shimmering on top of a giant mound of sectarianism, cemented by numerous other forms of bigotry.